Sweet boy taken from her arms

Susanne Muller wanted to support her son in Afghanistan. She didn't realize how much she would have to sacrifice 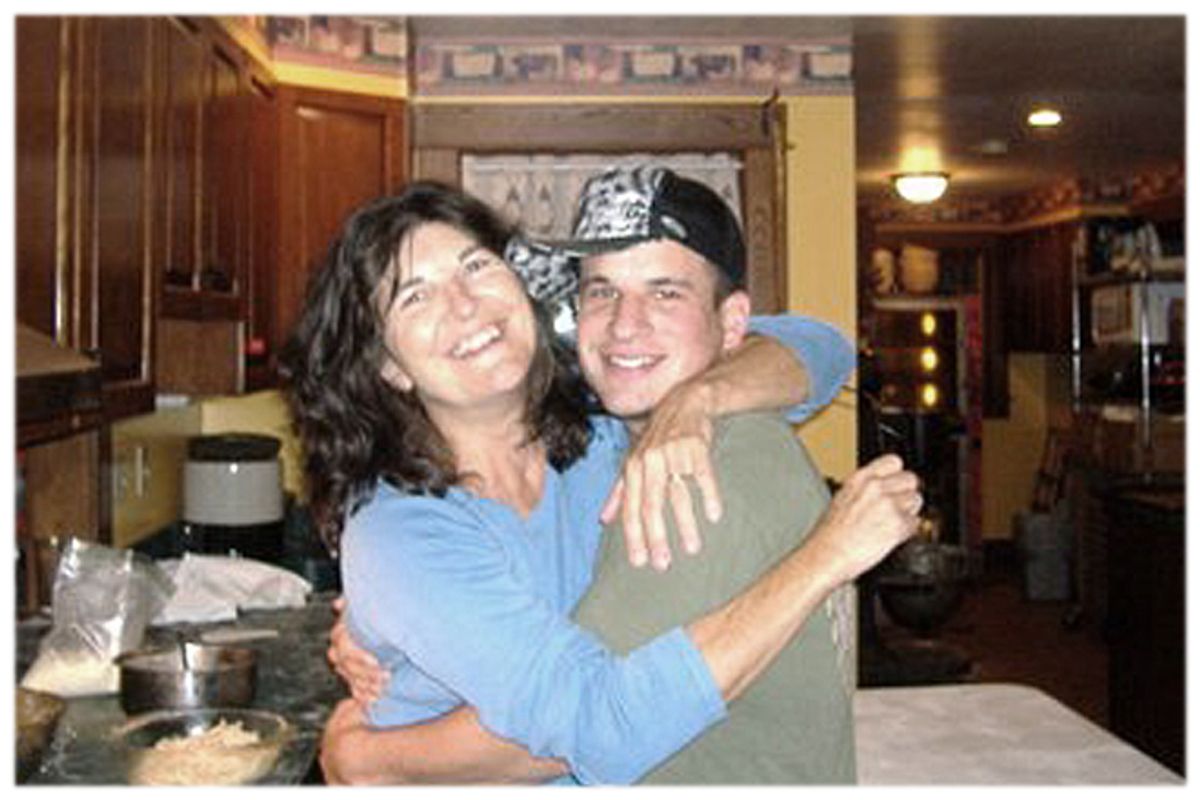 Susanne Muller and her son, Ian. (Courtesy of the Muller family)
--

Excerpted from Brian Mockenhaupt's new Byliner Original, "The Living and the Dead: War, Friendship, and the Battles that Never End"

A late afternoon sun pushed long shadows across the streets of North Danville, Vermont, where Susanne Muller had been running errands. Groceries. Auto parts store. Library. The last stop was the post office, to mail a package to her son Ian. She’d sent more than a dozen already in the short time he’d been in Afghanistan, along with 30 pounds of cheddar cheese donated by Cabot and several boxes of jerky and smoked meat from Vermont Smoke and Cure. But this package could wait. Her phone battery had just died, and she couldn’t bear being out of contact, should her husband, Clif, or any of her other six kids need to reach her, but mostly if Ian called.

She’d last spoken to him on Sunday, five days earlier. “It’s so good to hear your voice,” she had said. “I was worried about you.” She’d never told him that before. Of course she felt it; worry consumed her, and she barely slept. But she didn’t want to add to his stress, and she wanted him to feel he could share anything with her. Two days earlier, when Ian told them he’d gotten his first kill, during the March 3 firefight, she had tried to sound supportive, even let out a little cheer.

“They take our sweet boys from our arms and they train them to kill,” she says, not meant as a criticism of the Marine Corps but as a pragmatic assessment. She wanted to prepare for what war would do to him. She read about the fight in Afghanistan, learned the Marines’ lingo, and watched YouTube videos of firefights to better understand what he was experiencing. She even got her passport before Ian deployed. If he was grievously injured, he would be evacuated first to Landstuhl Regional Medical Center at Ramstein Air Base, in Germany, where he might stay for several days if his condition was unstable. The Pentagon arranges travel to Germany for the families of service members injured so badly they may not make it home, but Susanne didn’t want to waste time.

Ian figured that time could be fast approaching. Talking to his dad after the March 3 firefight, he said the platoon had a big mission coming up, and that he was uneasy. In the past he’d felt he had a shield wrapped around him in battle. Now that confidence had faded. “My luck is running out,” he said.

By late afternoon on March 11, Susanne was home, sitting on the living room couch reading a biography of Osama bin Laden. The Mullers were a Christian family, and around Vermont, more people opposed armed conflict than supported it. “I wanted to be able to intelligently support my son at war,” she says.

“Mom, there’s a cop car outside,” said her youngest son, Reuben, walking down the stairs. “And there’s a gray car out there, too.”

That set her heart to racing. She rose and walked to the door and saw four men step from the car, all in uniform: a Navy chaplain and three Marines. For months to come, that scene would replay in slow motion, often as she cried herself to sleep.

Clif was beside her now as they stepped onto the front deck. She fell to her knees. “No. No. No,” she wailed. “My sweet Ian. My sweet Ian.”

“Come up and tell us what you have to tell us,” Clif told the men, trying to be strong enough for both of them. But it was more than an hour before Susanne’s hysteria had faded and she had stopped crying long enough for the Marines to deliver their official message: that Corporal Ian Muller had been killed by an improvised explosive device while on a foot patrol in Afghanistan.

When the men left that night, Clif kicked the coffee table so hard a leg snapped, and then they cried together for hours, until every muscle in Susanne’s face ached.

At 4:00 a.m., Susanne looked at the casualty report the Marines had brought, which Clif had folded up and shoved in a pocket. Along with detailing Ian’s injuries—massive head wound, fractured left leg and right arm—it said he’d been identified by Staff Sergeant James Malachowski and the corpsman, Jesse Deller, so Susanne knew they hadn’t been killed.

Through an online parents’ support forum, she’d become friends with Alison Malachowski and Wendy Deller, and only learned later that they were the mothers of the platoon sergeant and medic at Patrol Base Dakota. Alison and Wendy wouldn’t have heard about Ian yet, because of the communications blackouts initiated after any casualty to ensure that next of kin hear through the official notification process and not from another Marine e-mailing or calling home. So Susanne made two calls, long before dawn, when a ringing phone is often the harbinger of terrible news. She could say just a few words before she started sobbing: “Ian stepped on an IED, and he’s dead.”

She would soon be making those trips to the post office again, to mail care packages to Ian's fellow Marines in Afghanistan, after she had buried her son on a grassy hillside in the Danville Cemetery, with the White Mountains in the distance. But in the pre-dawn darkness, that sort of resolve and purpose seemed forever away. Instead she drifted, in a churning, pitching sea of grief.

Brian Mockenhaupt is a contributing editor at Esquire and Reader’s Digest and is the nonfiction editor at the Journal of Military Experience. He writes regularly for The Atlantic and Outside. His work has also appeared in The New York Times Magazine and Chicago magazine. He served two tours in Iraq as an infantryman with the 10th Mountain Division. Since leaving the U.S. Army in 2005, he has written extensively on military and veteran affairs, reporting from Afghanistan and Iraq, hometowns, and hospitals. This is excerpted from his Byliner ebook, "The Living and the Dead."