Audio of Lee Atwater's infamous '81 interview on the Southern strategy

How Atwater told Republicans to appeal to racists 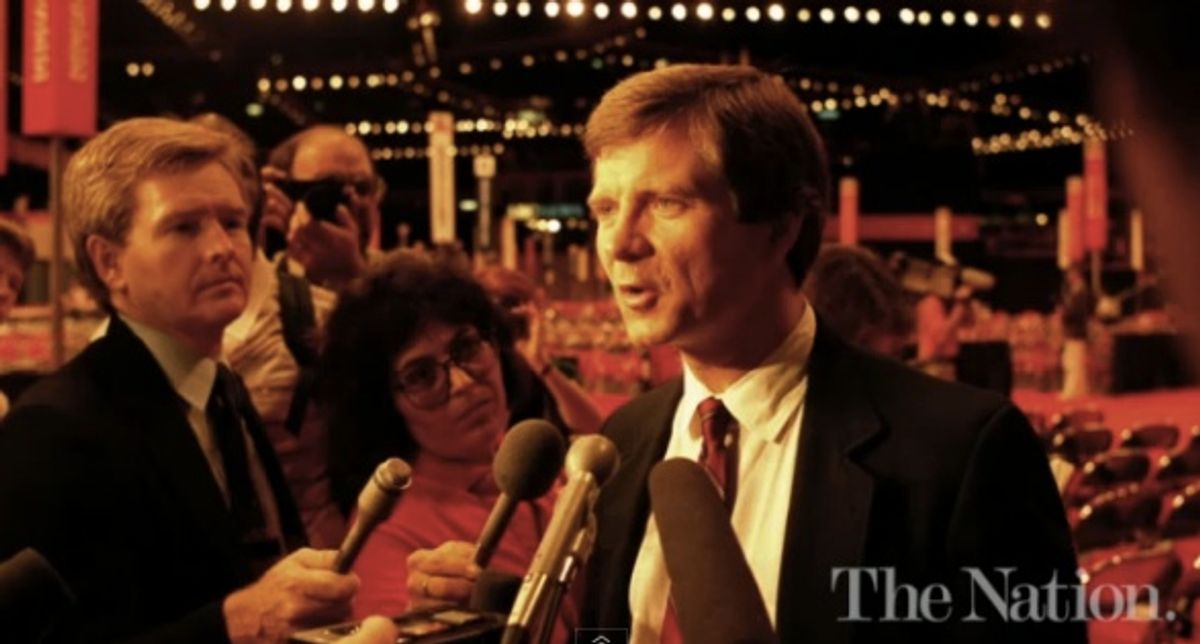 In an audio clip from 1981, obtained exclusively by Rick Perlstein at the Nation, you can hear campaign consultant Lee Atwater's infamous description of  the Republican "Southern Strategy," or how they can win the votes of racists without sounding like racists:

The back-story goes like this. In 1981, Atwater, after a decade as South Carolina's most effective Republican operative, was working in Ronald Reagan's White House when he was interviewed by Alexander Lamis, a political scientist at Case Western Reserve University. Lamis published the interview without using Atwater's name in his 1984 book The Two-Party South. Fifteen years later—and eight years after Atwater passed away from cancer—Lamis republished the interview in another book using Atwater’s name. For seven years no one paid much attention. Then the New York Times' Bob Herbert, a bit of an Atwater obsessive, quoted it in an October 6, 2005 column—then five more times over the next four years.

James Carter IV, who also unearthed Romney's 47 percent video, dug up the full interview with Atwater. You can listen to all 42 minutes at the Nation.