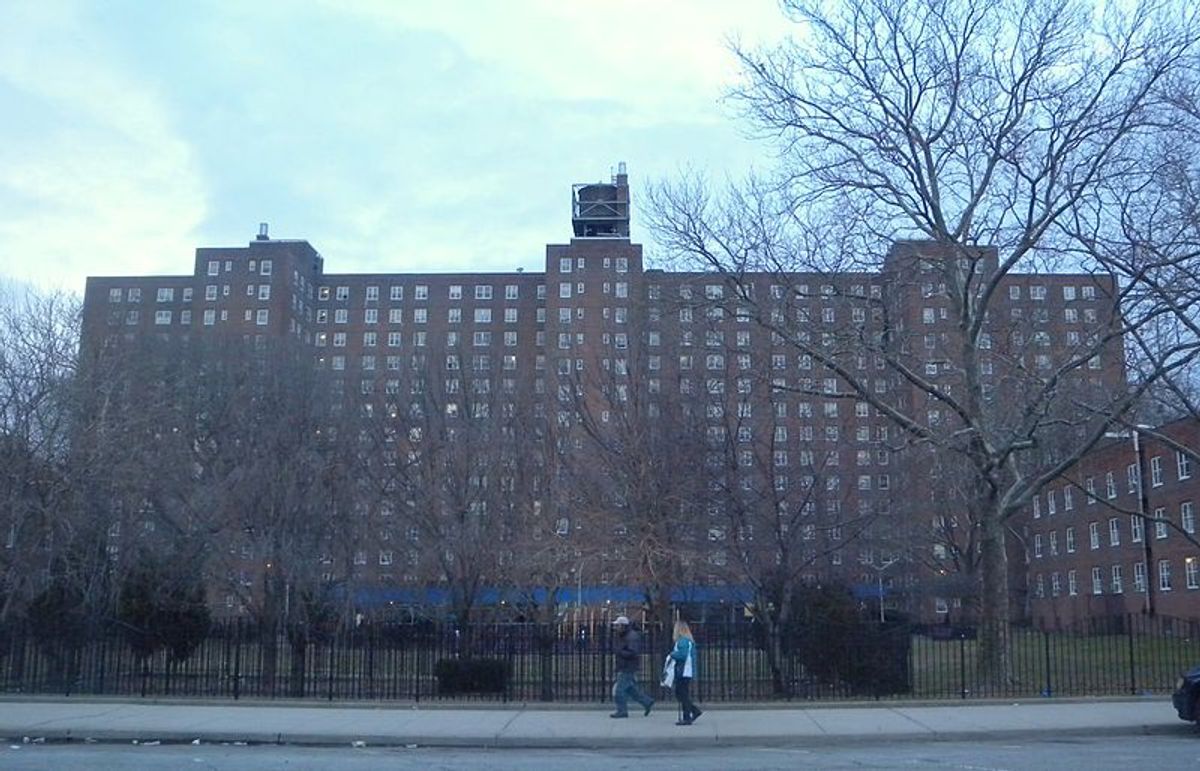 As of Monday, 4,400 public housing tenants in New York's Red Hook, Coney Island and Far Rockaway neighborhoods were still without power, while 18,000 residents in 14 complexes in Brooklyn, Queens and Manhattan still had no hot water or heat.

Despite their conditions, these residents will not get any credit on rent until January and must continue to pay upfront in full. On Monday, New York City Housing Authority Chairman John Rhea called this delayed credit "a nice little Christmas present" -- a comment, the New York Daily News described as "Scrooge-esque" in its insensitivity.

"Public Advocate Bill DeBlasio blasted Rhea, suggesting that the holiday gift was akin to a lump of coal," the Daily News reported.

"It is unacceptable to charge full rent up front for tenants who in many cases are still living in the dark ... NYCHA should cease rent collection in affected developments until basic services are restored, such as electricity, heat and hot water. No tenant in public housing should be forced to pay the city for rent they do not actually owe," DeBlasio wrote to Rhea, according to the Daily News.

During his visit to Red Hook on Monday, Rhea promised residents electricity resumption within two days but could not offer specifics on heat and hot water.

As Reuters reported Sunday, ConEd's response and restoration costs for both Sandy and the subsequent nor'easter storm are estimated at $350 million to $450 million.