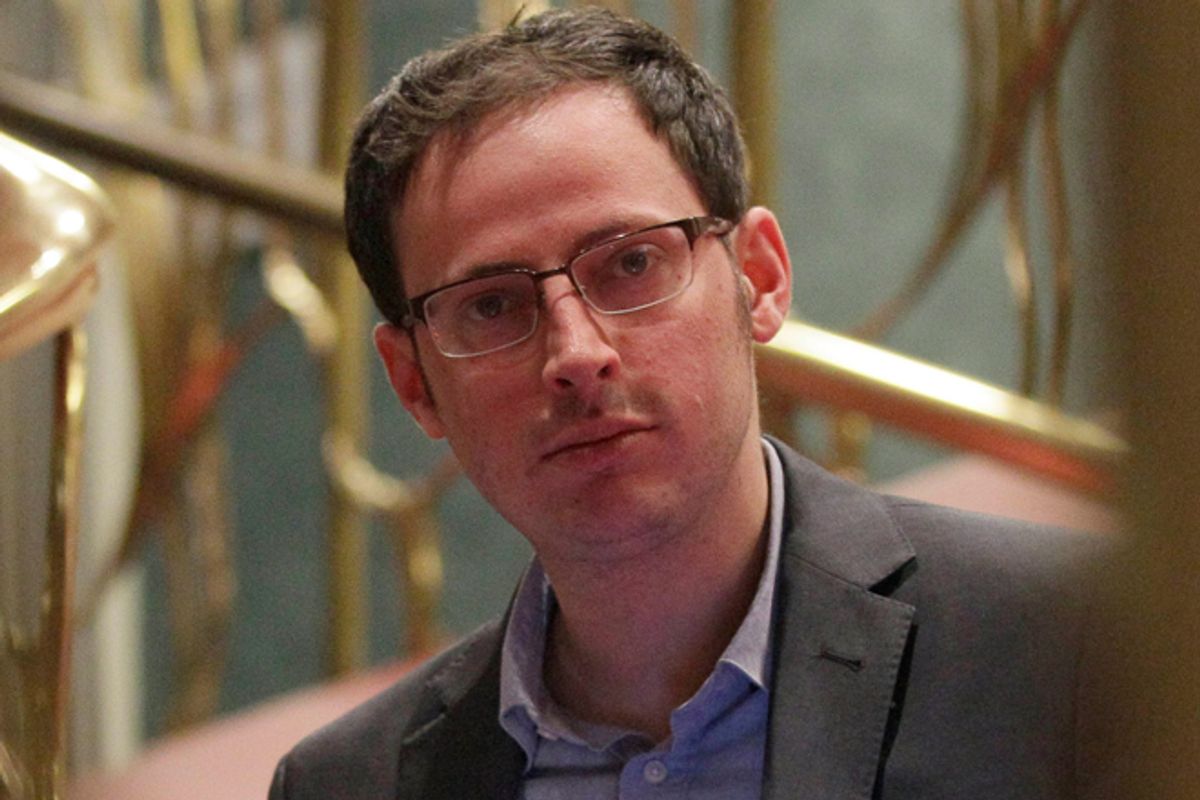 Did Gallup just blame Nate Silver for ruining the art and science of polling?

You don't have to read too far between the lines of a statement from Gallup's editor in chief, Frank Newport, published on Friday, to get that impression.

Newport first attempts the formidable task of defending Gallup's polling accuracy during the 2012 campaign. Perhaps he was anticipating Silver's Saturday column, which labeled Gallup the most inaccurate pollster of all the firms that measured voter sentiment this year. But Silver was hardly alone in wondering why Gallup regularly reported numbers much more favorable to Romney than anyone else in 2012. We deserve an explanation a little less lame than Newport's: what's the big fuss? Gallup wasn't really off by that much.

But then it gets interesting:

But some of this will result from a variant of the venerable “law of the commons.” Individual farmers can each made a perfectly rational decision to graze their cows on the town commons. But all of these rational decisions together mean that the commons became overgrazed and, in the end, there is no grass left for any cow to graze. Many individual rational decisions can end up in a collective mess.

We have a reverse law of the commons with polls. It’s not easy nor cheap to conduct traditional random sample polls. It’s much easier, cheaper, and mostly less risky to focus on aggregating and analyzing others’ polls. Organizations that traditionally go to the expense and effort to conduct individual polls could, in theory, decide to put their efforts into aggregation and statistical analyses of other people’s polls in the next election cycle and cut out their own polling. If many organizations make this seemingly rational decision, we could quickly be in a situation in which there are fewer and fewer polls left to aggregate and put into statistical models. Many individual rational decisions could result in a loss for the collective interest of those interested in public opinion.

This will develop into a significant issue for the industry going forward.

It is impossible to read this as anything other than an attack on Nate Silver, who is by far the most prominent aggregator and analyzer of others' polls currently operating today. And it simply reeks of sour grapes. During the campaign year, Silver consistently pointed out that Gallup's results were oddly inconsistent with what other pollsters were finding. And he was right -- Gallup got it wrong. It is not inappropriate to point that out. But Gallup presumes too much when it effectively threatens to take its surveys home and just stop playing.

OK, Nate Silver didn't pick up the phone and call voters himself. And yes, it's true, if all the polling organizations stop polling, Nate Silver will be out of a job. He might have to go back to crunching baseball stats. But he's a smart guy, with an impressive track record. He'll do fine. It seems foolish to blame him for crunching data that is publicly available for anyone to crunch. If he wasn't good at what he does, he'd still be another anonymous poster hanging around the DailyKos forums. He's been rewarded for getting things right.

Gallup faces a more unhappy future. If the company keeps getting the numbers wrong, the market will punish it. At that point, Gallup won't be able to blame its sorry fate on anyone but its own incompetence.