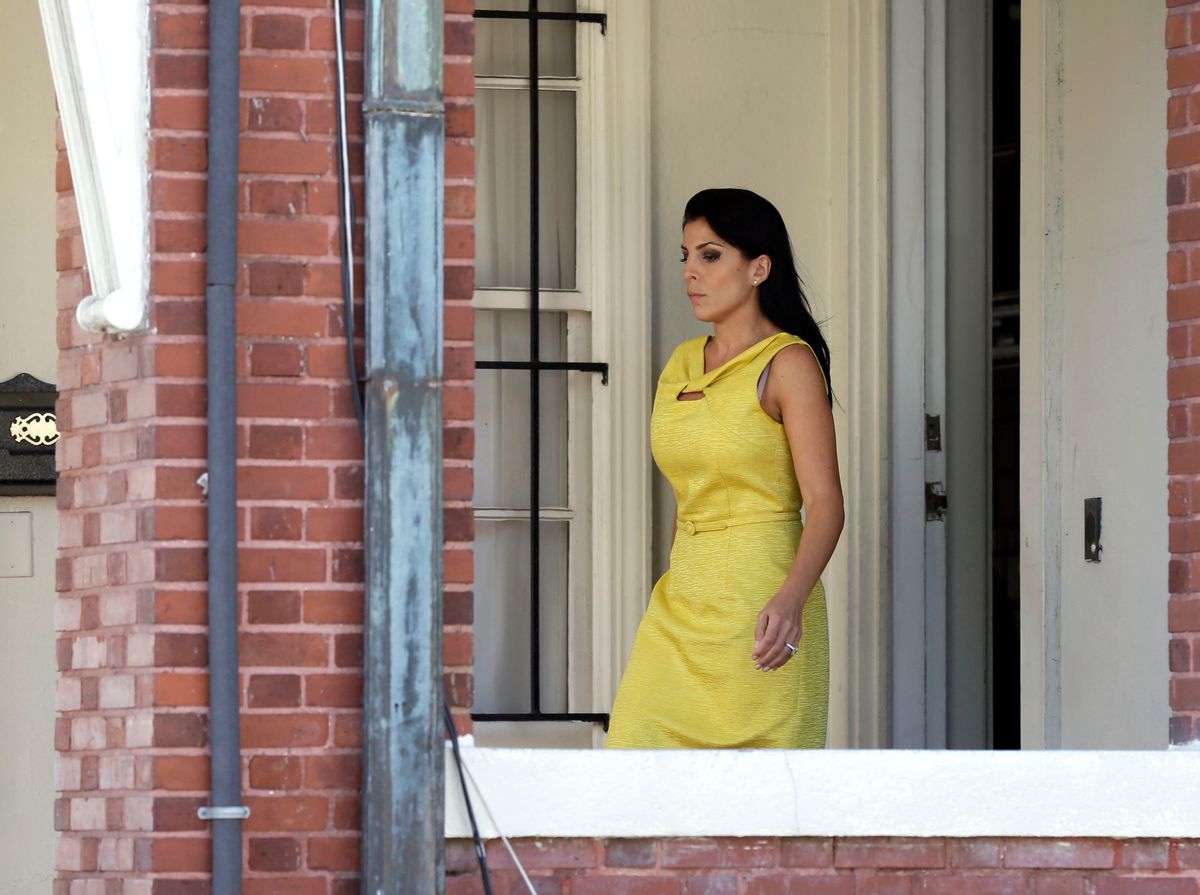 When Jill Kelley appeared with her twin sister Natalie Khawam on The Food Network show "Food Fight," a St. Petersburg Times critic called it the contestant's "22 minutes of fame." How wrong he was.

As of this week, Kelley's name is splashed over tabloids as "the other woman" in the Petraeus scandal; she the Florida socialite who received threatening emails from the former CIA chief's alleged mistress. And while the  scandal-hungry media asks "Who is Jill Kelley?" her 2003 appearance on a Tampa-based cooking show adds a little color.

The St. Petersburg Times columnist depicts Kelley and her sister as glamorous and playful during their appearance, when they had to cook alligator:

I guess Natalie Khawam and her twin sister, Jill Kelley, believe you have to look good to cook good. How else can you explain why Khawam showed up Monday wearing a Chanel blouse, leather skirt and Gucci heels to tape an appearance on a new Food Network show? Kelley was no less dressed in Brooks Brothers black.

... Neither the twins... are professional cooks. Khawam is single ("Put that in the paper," she said.) and plans to continue her law degree pursuit at Stetson. Kelley, the wife of Moffitt surgeon Scott Kelley, put her medical studies on hold to have a baby.

What mattered most during their 22 minutes of fame Monday was preparing the secret food choice: alligator. Each contestant was given the ingredient and $20 to go to Whaley's and buy ingredients.

Two hours later, their gator entrees, replete with two side dishes, were presented to the judges.

What dish did they cook? Add your guesses in the comments below.