I know presidents don't force progress as much as respond to the fire from below. Still, this is one change we need 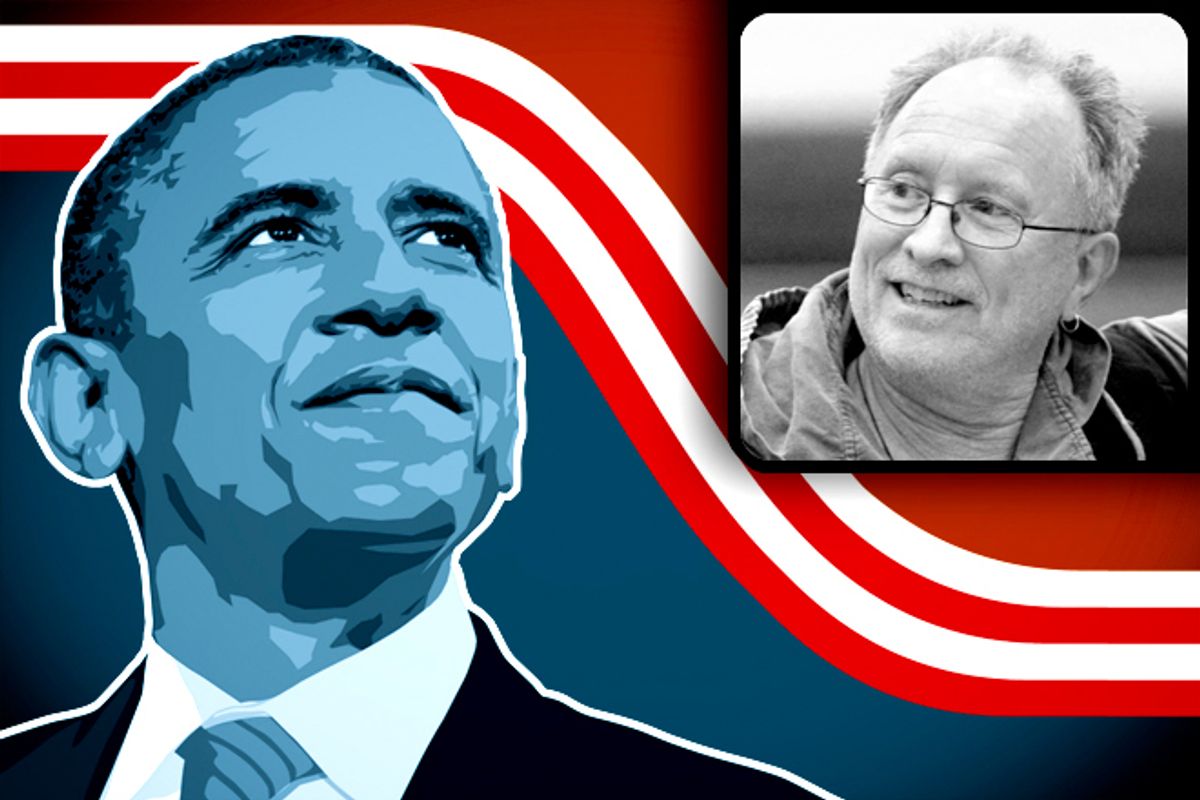 I have a backpack filled to overflowing with grievance and discontent, dissent and demand, as well as wild hopes and radical aspirations: end the wars and the drone strikes, slash the pentagon, fight for universal health care, tear down these walls, recognize and stand with the poor and the working class, assail poverty, put teeth into global warming measures -- the list goes on and on.

But I also know that the president is neither a sovereign nor a king, and most of us spend way too much time and energy staring dumbly at the sites of power we have no access to -- the White House, for example -- wringing our hands and hoping for the best, and far too little time focusing on the prospective power right in front of us: the community and the street, the school and the classroom, the shop and the workplace. Our job is to organize dissent and mobilize an independent movement. Remember: Lyndon Johnson was never part of the Black Freedom Movement, FDR was not a labor leader, and Lincoln never joined an abolitionist party -- each is remembered for important actions taken in response to fire from below. Even in the last years it was women, gay, immigrant-rights and environmental activists who moved a progressive agenda forward inch by inch.

But I’ll play along and offer an action step the president could take tomorrow regarding school reform: Fire Arne Duncan and appoint Linda Darling-Hammond as Secretary of Education.

This would signal a significant break with the most destructive aspects of the failed “school reform” agenda this administration has promoted: turning public assets and spaces over to private managers, obstructing any independent, collective voice of teachers, and reducing education to a single narrow metric that claims to recognize an educated person through a standardized test score. While there’s absolutely no proof that this approach improves schooling one iota, it chugs along unfazed — fact-free, faith-based reform at its core, resting on ideology and not evidence.

A teacher and recognized scholar/researcher for decades, Dr. Darling-Hammond will not be swayed by big money or political expediency or the latest fads. She will be independent, professional and principled.

We can then return to the precious but fragile ideal that must power education in a democracy: Every human being is of incalculable value, and the fullest development of all is the condition for the full development of each.

Bill Ayers is a retired Distinguished Professor of Education at the University of Illinois at Chicago.