Spare us the Bridget Jones sequel! 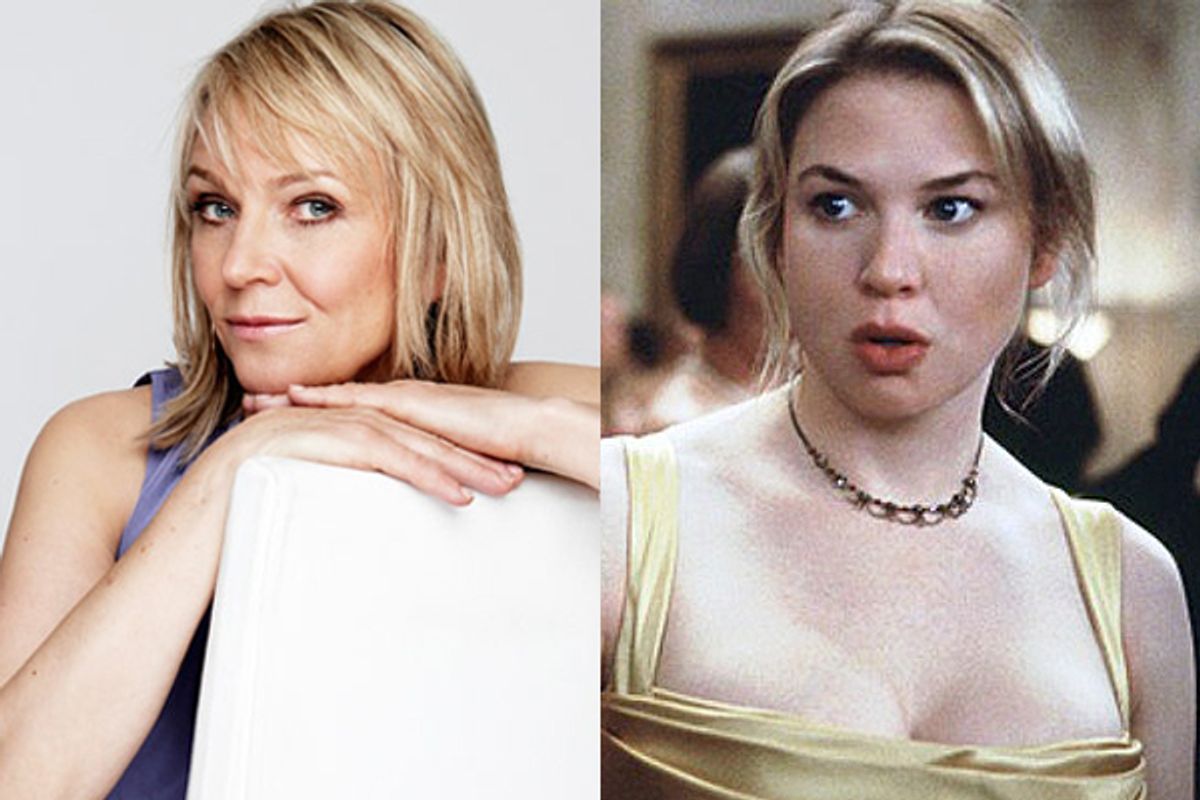 It's like the '90s never left us. Bridget Jones is making an unwelcome return. Author Helen Fielding announced this week that her iconic heroine is returning for a third installment of her adventures, this time with a 21stcentury flair. Where once she gained fame for her notorious diary, Jones will now open each chapter with her tweets. Of course she will. "It's more like 'number of Twitter followers: 0. Still no followers. Still no followers,'" Fielding explained on the Women's Hour radio show. Fielding went on to say that "The new novel is set in present-day London, with an entirely new scenario for Bridget," which, depending on your appetite for such things, is either a sweet opportunity to revisit a beloved character or blecch, yuck, oh God, why. Whyyyyy? You can probably guess where I stand. And just in case a new novel isn't enough, there's also a differently plotted movie sequel in the works, reuniting Renee Zellweger, Colin Firth and Hugh Grant for a baby-themed romp, and a stage musical as well.

Like chunky heels and skinny jeans, certain trends are cyclical. What's crucial, however, is that whenever things come around again, they have to come around new. To every generation, there's a spunky, rules-breaking heroine and her friends to wittily shamble her way through the perils of modern life and love. I'm not talking about the classic, button-nosed Meg Ryans and Katherine Heigls of history here. I'm talking about a girl of our own, the one who is decidedly not the conventional sweetheart. She's messy and mixed up. She's smart even when she's doing dumb things. An archetype who's also incredibly specific to her era. She's the wisecracking dame in the screwball comedies. And Holly Golightly. And Annie Hall. And Hannah Horvath.

In the '90s, Bridget was that girl, as indulgent as her spiritual cousins Patsy and Eddie on "Absolutely Fabulous," but also as secretly self-loathing as the women's magazine reader she was. In contrast, "Sex and the City's" Carrie was the center that would not hold – too shallow and glam in the midst of whatever witty social commentary on the stickiness of relationships was whirling around her. And "Ally McBeal," with her teeny skirts and trippy dream sequences, was in her own way equally unrelatable. Popular? Sure. But the kind of character you wished was real so you could make poor life choices together? Uh, no.

What made Bridget appealing to so many readers – I remember a friend in England mailing me a copy of "Diary" before it had come out in the U.S. because she insisted it was too funny to wait to read — was her daft vulnerability, and her ferocious-to-the-point-of-unflattering honesty. She was the perfect baffled and damaged heroine at the perfect moment — a moment that's passed as surely as Bone Thugs-N-Harmony's. As evidence, note that Fielding has brought Jones out of mothballs since her breakthrough column became an international smash in 1996 , penning a sequel in 1999 and a series of columns for the Independent in 2005. Yet none of Jones' follow-ups had the snap or the resonance — or runaway popularity — of early Bridget.

Maybe the new adventures of the now deeply into her 40s Bridget will be hilarious. And if her author feels a strong pull from her creation to go on to tell new stories about her, swell. But as a reader, I know the times in my life when I've been best friends with Scout Finch and Jo March and Elizabeth Bennet and Natasha Rostova. Now, I watch my daughter make friends with them, one by one. They remained fixed and eternal, even as new writers borrow inspiration from their spirits as they create Hermione Grangers and Katniss Everdeens. And there's huge comfort in their immutability. That's why I don't believe that a new Bridget novel is a dubious idea because it'll be about a woman in her 40s – I'm suspicious of it because it's about Bridget in her 40s. And Bridget is a character who's already had a story, and an ending.

One of the greatest joys of reading is in the satisfaction it provides that life never does – a last page. "Happily ever after" works because it's so pleasingly vague. Does anybody really want "The Continuing Adventures of Ishmael," or "Jane and Rochester, the Parenting Years"? Maybe some of us, but come on, it's like getting Facebook-friended by the kid you knew in seventh grade. Some things are meant to stay in the past. So while Fielding confidently assures that, "If people laugh as much reading it as I am while writing it then we’ll all be very happy," I am happy enough leaving Mark and Bridget back in the Clinton era, a little neurotic but snogging merrily, blissfully ignorant of the word "tweet," and v., v. unchanged.