Ugh, not Erskine Bowles for Treasury

He's on a short list to replace Timothy Geithner, but who really thinks he can bring accountability to Wall Street? 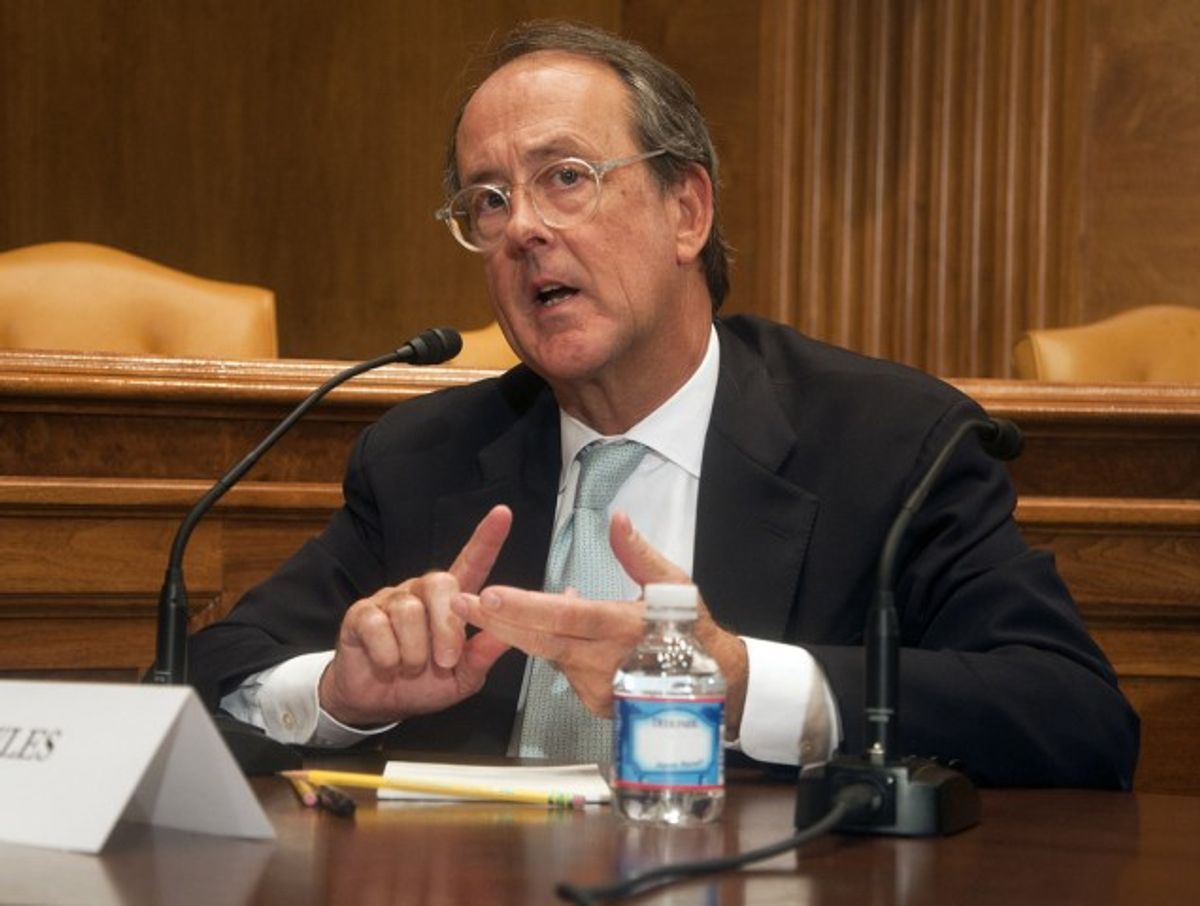 By this point, it’s clear that former Clinton administration official and twice-failed North Carolina Senate candidate Erksine Bowles is on the short list to replace Tim Geithner as Treasury Secretary. For reasons outlined by Paul Krugman, and our own Robert Kuttner, Bowles would be a terrible choice for Treasury: He’s a deficit scold more concerned with lowering taxes than reducing unemployment and providing a strong base for economic growth.

But he has his advocates, among them William Cohan, a former investment banker and investigative journalist. Cohan sees the deficit as the chief problem facing the United States, and thinks Bowles is the only candidate for Treasury who can craft a bipartisan deal to get our “fiscal house in order” and bring some accountability to Wall Street.

Yes, Cohan sees Bowles as a more progressive alternative to the other name on the short list, White House Chief of Staff Jack Lew. Here’s what he has to say:

For Treasury secretary, the best choice is Erskine Bowles, who has distinguished himself as co-chairman of the National Commission on Fiscal Responsibility and Reform. […] He understands Wall Street – he founded a small eponymous investment bank and a private-equity firm, Carousel Capital, and was a partner at private-equity giant Forstmann Little & Co. – and did a fine job serving as president of the sprawling University of North Carolina system.

More important, he has spent the past year shaping his commission’s report – despite Obama’s having ignored it – into legislation that Congress can take up immediately to try to resolve the budget deficit and the looming fiscal cliff, the more than $600 billion in tax increases and spending cuts scheduled for next year. He has a proven record of bipartisanship, working well with Alan Simpson and the other Republicans on the commission. Appointing Bowles to Treasury would show that Obama is serious about getting the country’s fiscal house in order and finding a more productive relationship with Wall Street.

This doesn’t make any sense. The most likely outcome of appointing a former investment banker to the Treasury is that you have an administration official who is sympathetic to the concerns of investment bankers. And this is especially true when the candidate is a well-known conservative Democrat who is hostile to progressive policies and interests. Cohan seems to see Bowles as the Nixon who can go to China, but the truth of the matter—besides the fact that the analogy doesn’t quite fit—is that if you want a Treasury secretary who will bring accountability to Wall Street, you don't pick someone whose career is tied to it.