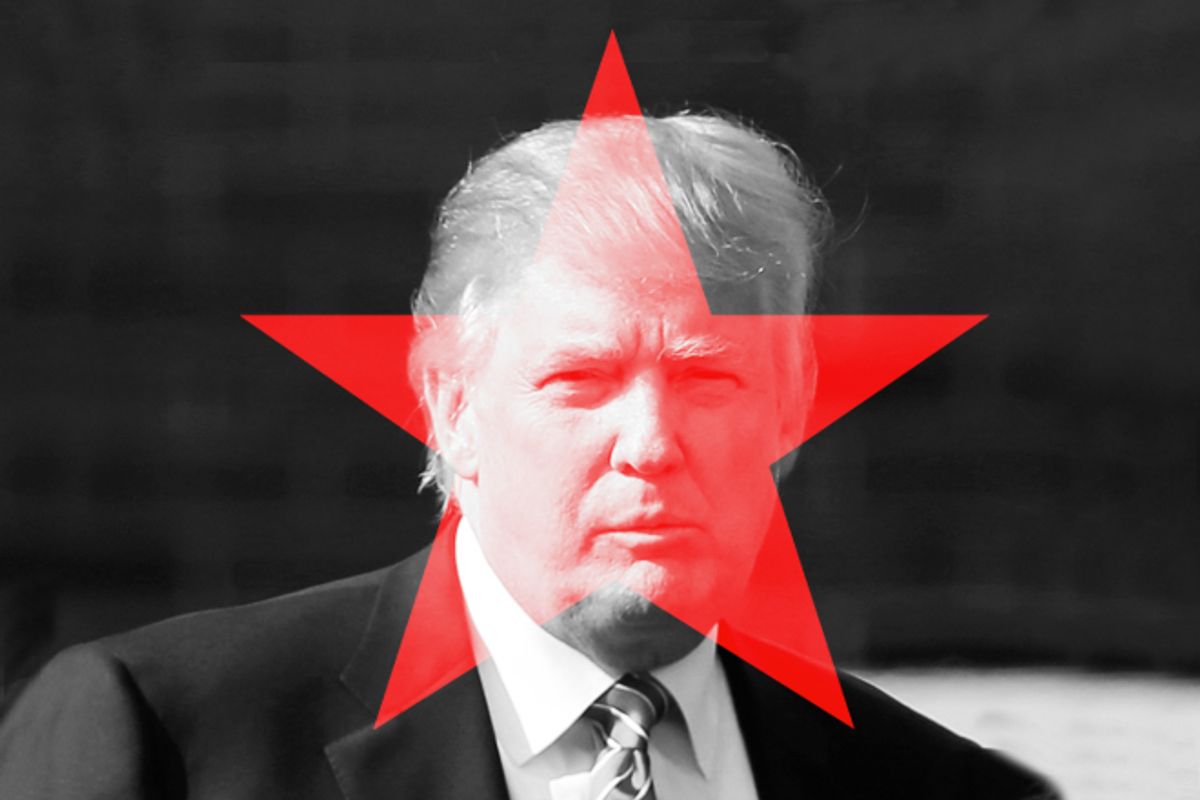 Maybe there's something about being a bilious cloud of rage and ego that just doesn't spell Christmas "magic" to everybody. A SignOn.org petition to Macy's to sever its ties to angry reality show personality Donald Trump has sprung up, and as of early Tuesday afternoon, nearly half a million people had already added their names.

Like a variety of other public figures, Trump has a product line at the famed department store. But unlike Tommy Hilfiger and Taylor Swift, he's the only one who has of late been busily carving out a career as the world's biggest Internet troll and bizarro world conspiracy theorist. And as the petition asks flatly, in light of his "especially unpleasant, nasty and despicable behavior," "Why is Macy's celebrating Trump?"

Yet Macy's, which claims to be "socially responsible," seems to still embrace Trump – and his irascible image. The store's new holiday ad features a grumpy mogul questioning Santa Claus' credentials, asking "What's with the get-up, Kringle?" See, it's funny because Trump is an Obama identity-questioning birther lunatic.

No doubt to quell some of the fury currently being directed at a man whose "signature collection" of shirts and ties is peddled at the retailer, Trump tweeted Tuesday that "My fragrance — Success — is flying off the shelves @Macys. The perfect Christmas gift!" I'll be honest – I can't get my head around the idea that any man in his right mind would want to smell like Donald Trump. But that boast was corroborated by a sales representative at Macy's Herald Square's men's fragrance desk I spoke to on Tuesday, who said, "It's been selling very well." (When asked how many he'd sold today, however, he replied, "I don't know; I just got here.")

As the petition points out, with Trump's storied history of sexism, climate change denial and birtherism, you can see why plenty of people might argue that he's the last guy on Earth to embody the generous, loving spirit of the holiday season. When you're thinking about shopping for those warm and cozy merry little days, you'll notice, for example, that Marcus Samuelsson isn't pitching a tantrum and calling for revolution.

With holiday ad campaigns already well in place and rolling out, it might seem like a crazy idea that Trump would ever be dropped by Macy's over a bunch of names on an Internet petition. But consider this: On Monday, United Parcel Service announced it was severing its relationship with the Boy Scouts of America over its anti-gay policies after an online petition racked up a mere 80,000 signatures. People have a voice, and retailers answer to us. And if Trump were to suddenly lose yet another venue for his narcissism, it might be a lump of coal for him, but it'd be a sweet present for disgusted consumers everywhere.