End the war on weed! 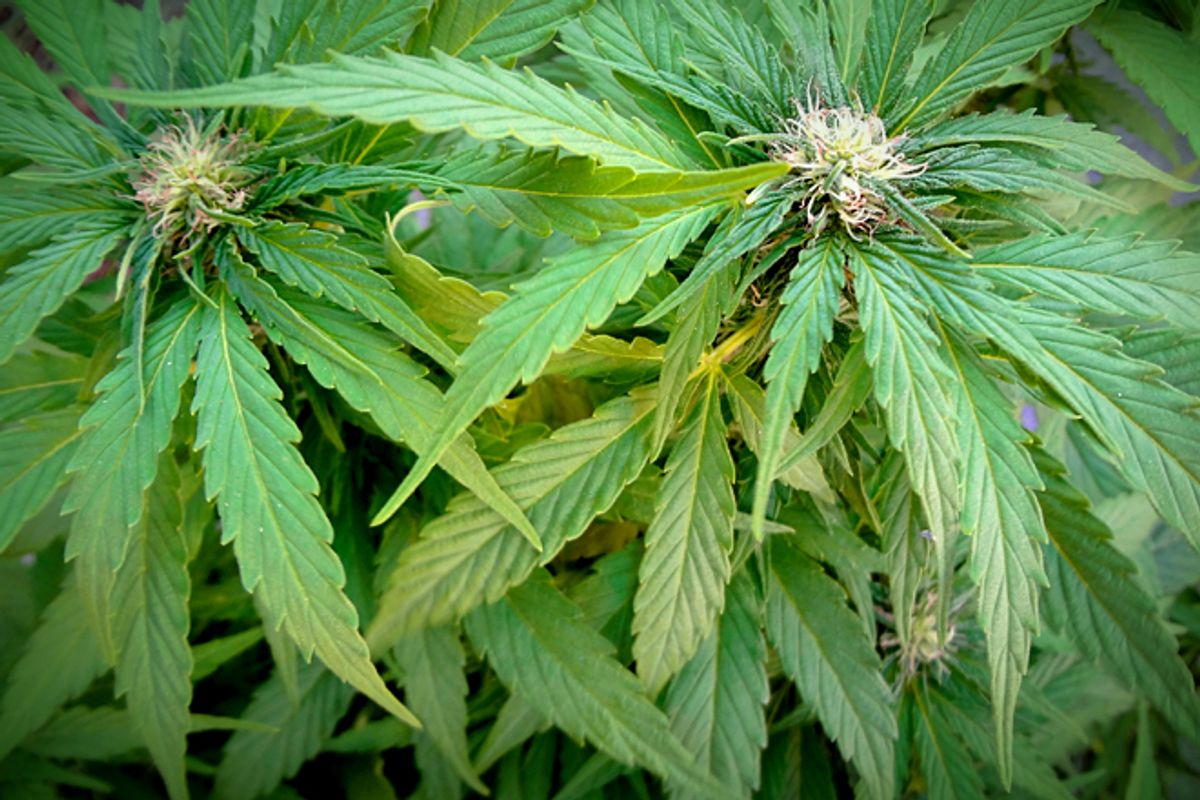 The decades-long fight to end the Drug War - and specifically, the absurd war on marijuana - received a huge boost in the 2012 election, as Colorado and Washington became the first states to vote to legalize and regulate cannabis. Following those historic votes, a new poll shows the vast majority of Americans want states - not the federal government - to decide for themselves whether to legalize pot. Meanwhile, California Gov. Jerry Brown (D) took to national television to amplify the message of that poll, demanding that the federal government to respect states whose voters have spoken.

The problem, of course, is that the Obama administration may cite the 1970 Controlled Substances Act as statutory rationale to try to force states to continue an expensive and inhumane war on weed that unnecessarily arrests and incarcerates thousands of Americans each year.

The good news, though, is that Congress may act. According to the Colorado Independent, Democratic lawmakers from the two states whose voters legalized marijuana are crafting a bill to amend section 903 of the Controlled Substances Act so that it exempts cannabis from federal preemption.

This is a wholly different approach from full-on federally mandated legalization. Appealing to both conservative state sovereignty principles, universal notions of liberty, and liberal criticism of the overbearing Drug War, it would simply let each state decide its own path on marijuana policy. For Colorado and Washington, that would mean letting those states' new laws stand without federal intervention.

So far, President Obama has been silent on such a transpartisan concept. But if enough people click to sign an official White House petition, the president will have to weigh in. As you can see, the petition merely asks Obama to support the Democratic proposal to let states legalize, tax and regulate marijuana just like alcohol.

In just 48 hours, the petition already has attracted more than three quarters of the 25,000 total signatures required to mandate an official response from the president. Any citizen from any state can sign the petition.

With the Drug War locking up so many Americans and wasting so much money, this is not some minor side issue - this is a hugely important confrontation. And as the fight over marijuana becomes as much a question of criminal justice as of states' rights and local control, the White House will eventually have to take a position on the Democratic legislation. Thanks to the petition drive, "eventually" may become now.

UPDATE: As of 12pm today, the petition has received the requisite 25,000 signatures necessary to force the White House to issue an official response. This means President Obama will have to take some sort of public position on the pending legislation to let states, if they choose, end the war on marijuana. This legislation got a bipartisan boost today, as U.S. Rep. Ron Paul (R-TX) announced his formal support for the concepts behind it, potentially making it an issue in the lame duck session of this Congress.

NOTE: I'll be interviewing U.S. Rep. Diana DeGette (D-Colorado), one of the architects of the upcoming legislation, about her proposal on my KHOW radio show today in Colorado. Tune in on AM630 in Colorado or from anywhere at http://www.sirotabrown.com