"Religion" keeps a woman from getting a lifesaving abortion 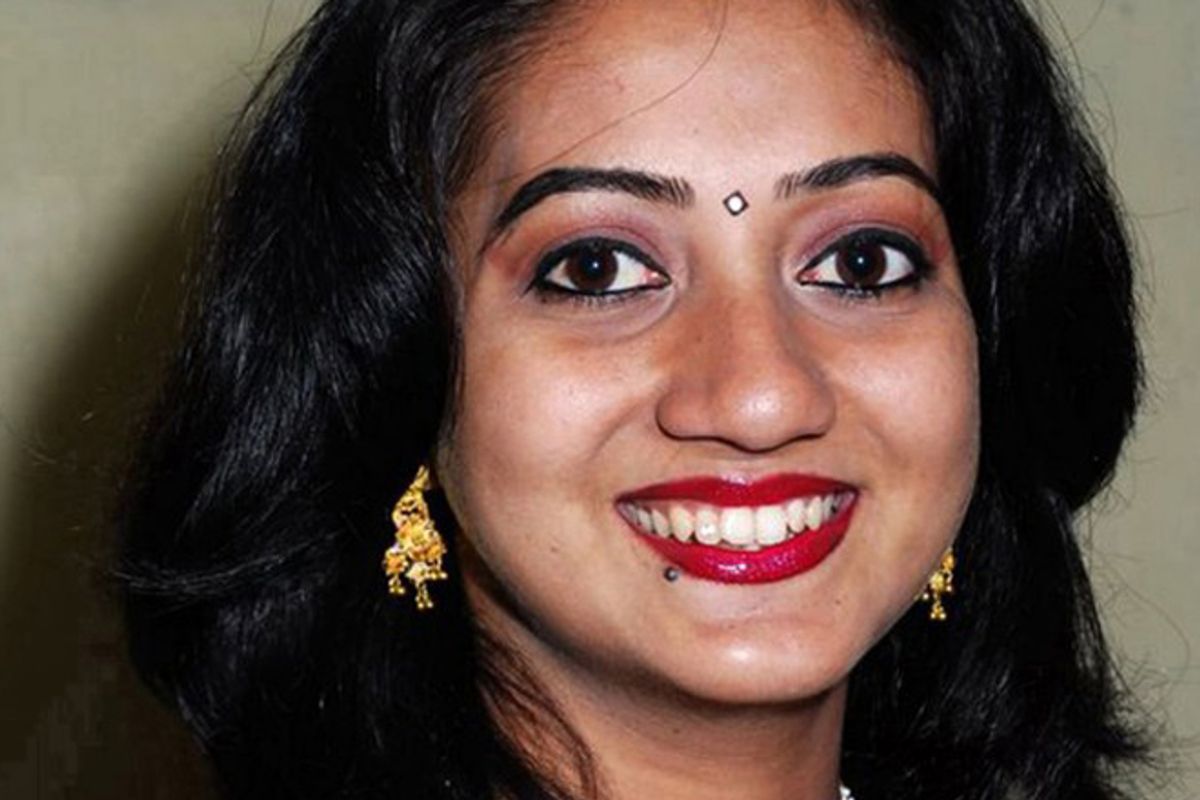 Here's your horrible, heartbreaking reminder for today, world: When religion guides your government and reproductive rights are denied, women die.

Savita Halappanavar, a 31-year-old dentist living in Galway, was 17 weeks pregnant when she appeared at her University Hospital on Oct. 21, complaining of pain. Doctors there determined that she was miscarrying, but would not remove the fetus because it still had a heartbeat. Her husband, Praveen Halappanavar, told reporters this week that the hospital staff informed the couple that "This is a Catholic country." Mr. Praveen who came to Ireland from India, told the staff, "I am neither Irish nor Catholic," but they said they couldn't do anything.

"The doctor told us the cervix was fully dilated, amniotic fluid was leaking and unfortunately the baby wouldn’t survive … Savita was really in agony. She was very upset, but she accepted she was losing the baby," Mr. Halappanavar said. "When the consultant came on the ward rounds on Monday morning, Savita asked if they could not save the baby could they induce to end the pregnancy. The consultant said, 'As long as there is a fetal heartbeat we can't do anything.'" It was only after the heartbeat stopped on its own that the fetus was removed and Savita was moved to intensive care. She died on Oct. 28 from septicaemia. As Dublin writer Michael Nugent surmises on his blog, "Because her cervix remained fully open for this time, Savita was in prolonged danger of infection, comparable to having an untreated open head wound."

An investigation into the case has now been opened, and Prime Minister Enda Kenny is facing a wave of outrage over the case. "This is a case of maternal death where a child has been lost, a mother has died, and a husband is bereaved, that is a tragedy," Kenny stated reservedly in Parliament on Wednesday. "Nothing is ruled out. It would be appropriate that we should consider those reports and decide what the best options are from there." In Ireland, a woman has a constitutional right to an abortion if her life in danger. But as Savita Halappanavar's story makes abundantly clear, in a chilling climate where religious belief takes precedent over women's health, where any choice to abort can be challenged and punished, whose interests are doctors going to protect?

The story of Savita Halappanavar is the story religious conservatives across the world don't want you to consider. In their minds, when they're denying reproductive rights, they want you to envision rescuing adorable babies. Joe Walsh, just days before Halappanavar died in agony in Ireland, was campaigning on the promise that "with modern technology and science, you can't find one instance" of pregnancy that puts a woman's life at risk. Paul Ryan, who a little more than a week ago was a contender for the second highest office in our nation, supported the ironically named Protect Life Act to allow hospitals to deny even emergency abortions.

This is what happens when a nation drags its concept of God into medical decisions. This is what happens when doctors are cruelly thwarted in doing the job of saving people. And that's why if you ignore the health and safety of women and you call yourself "pro-life" you are nothing but a sad, sick joke. As Irish Parliament member Clare Daly ruefully pointed out this week, "An unviable fetus … was given priority over the woman's life."