Salon's Sexiest Man of 2012: The interview

NFL star Chris Kluwe is one of same-sex marriage's most surprising and vocal defenders. That's hot -- and so is he 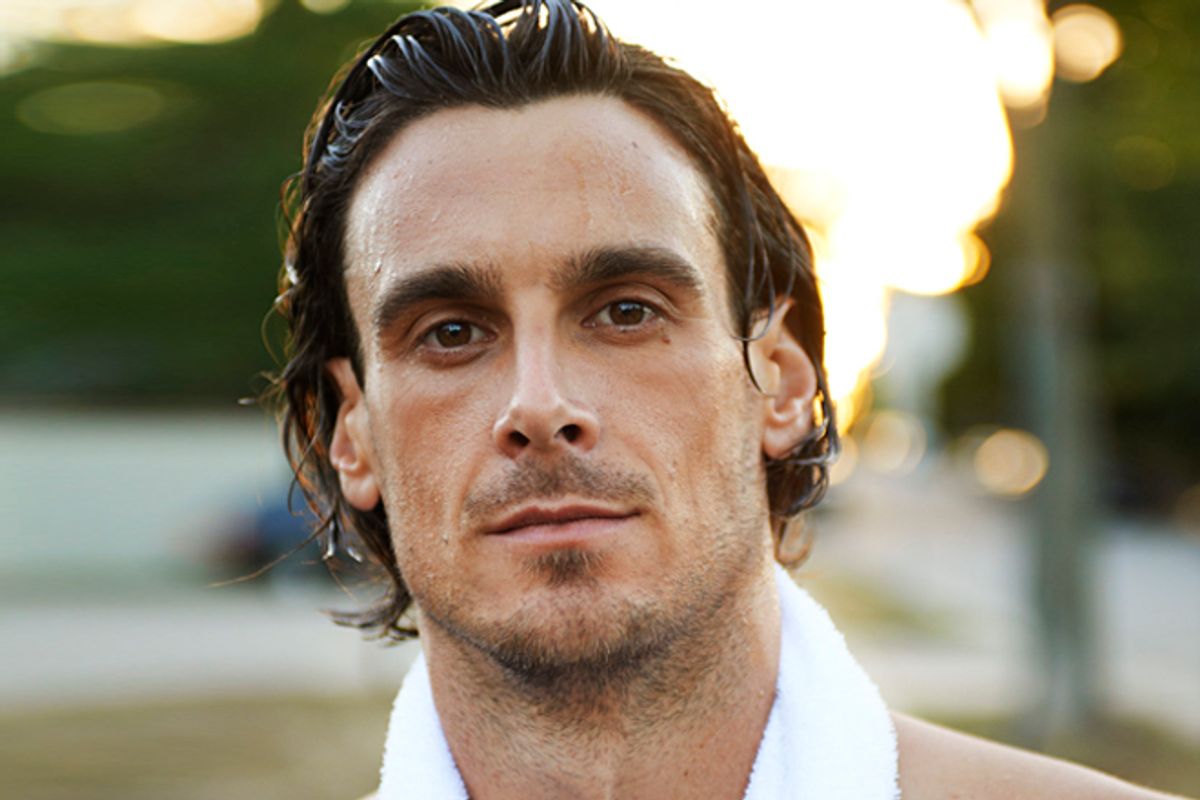 This year,  Minnesota Vikings punter and passionate same-sex marriage defender Chris Kluwe scored the No. 1 spot on our list of the sexiest men of the year. (Check out our complete list here.) This gave us an excuse to call up the highly principled hunk to talk about his own homophobic past, locker room ribbing and what it's like as a straight man to become a gay sex symbol.

So, every year Salon comes up with a list to counter People magazine’s “sexiest men” issue — a group of guys who are more than just beefcakes.

This time around we’ve chosen you as our No. 1 “sexiest man.”

Well ... thank you. I appreciate that.

How does it feel?

A little strange. I don’t think I’ve thought of being chosen as a “sexiest man” before.

Those shirtless photos for Out magazine, I’ve seen them circulated online by men and women alike. What’s it like suddenly becoming not only a sex symbol, but a sexuality-spanning sex symbol?

It’s a little weird because I’m a nerd video game player. It’s a little odd. I’m sure my wife is thrilled, though.

Yeah, I was going to ask how she feels about all of this.

Well, it’s funny because she’s the one who really wanted me to pose shirtless for the magazine. That was her one request: to do it topless so that she would have the pictures.

And she doesn’t care about strangers ogling you?

She knows that I’m very committed to her so I think she knows it won’t be a problem.

Have you gotten any ribbing in the locker room about that shoot?

Oh, of course. That’s just a given in any locker room when anyone does a photo shoot. But I think if Tom Brady can pose with a baby goat I should be able to pose with my shirt off.

Do you encounter much homophobia in professional sports?

There’s some there, it’s part of the culture, not just in football but in general. But I will say that it’s gotten better over the years. There’s less homophobia in sports now than five, 10 years ago.

We’ve seen some current NFL athletes come out in support of gay rights. Why haven’t we seen them come out, period?

I think because it can be a distraction. It’d be a lot of media attention. It’s hard enough to make it to a professional level in the first place and to potentially have to give up your dream — I guess some guys are willing to hide it. To play in the NFL is basically a culmination of your life playing sports; it doesn’t get any more elite. I can see how it would be tough for someone to come out and have to deal with all that attention, and then if they play poorly it can be an excuse for the team to cut you.

Were you ever homophobic?

When I was growing up, in middle school and high school, I used gay slurs. As did my friends, as did pretty much everybody, because it was the late '90s. But as I got older, I realized it hurt people, it was something I didn’t need to do, so I made a conscious effort to not use words like “gay” or “fag” as insults. There’s plenty of other perfectly good swear words that don’t denigrate an entire group of people.

How did you come to that realization?

Pretty much just maturing as a person and realizing, you know what, it doesn’t really matter if someone’s gay, it doesn’t affect me in the slightest. And why should I tell someone else how they’re supposed to live their life when I don’t want someone telling me how to live mine.

How did you come to support gay marriage?

My life philosophy has been to treat others the way you want to be treated. When it came to same-sex marriage, I was asked by a group here in Minnesota, Minnesotans for Equality, if I’d be interested in helping to defeat the anti-same-sex marriage amendment here because they’d been following my Twitter feed for a while and they thought that’d be something I’d be interested in. Why should people be denied their basic human rights, and why should that be enshrined in the state’s constitution? I was asked to help out and it’s a way better use of my time than sitting on the couch playing video games.

Although you do enjoy doing that, I hear.

I was actually just doing that when you called.

And what game were you playing?

I was playing a game called Fallen Enchantress. A more mainstream game I’m playing right now is Borderland 2, which is a first-person shooter, so you run around and blast things, but it’s got a role-play element to it.

Were you a popular jock in high school?

No, not at all! I was the kid with the two-inch-thick Coke bottle glasses, always reading books and hanging out with my geek friends and we’d talk video games. I was definitely not the popular jock.

And yet in this curious way you’ve become the popular jock, just in a different venue.

It’s pretty funny. I haven’t been to any high school reunions, but I’ve always wondered what the reaction would be if I showed up now.

I have to admit it: I admired the immensely creative cursing in your now infamous letter to delegate Emmet C. Burns Jr. Can you teach me how to swear like you?

It’s actually very simple: You have to hang out on online gaming message boards for about six or seven years and get into a lot of arguments.

So that was your training ground.

With the whole arguing on message boards, I found a very effective style was to present a carefully reasoned, thought-out argument and highlight it with really kind of bizarre swear words where you stop for a moment and go, “What does that even mean?” It’s the juxtaposition between the two. The swear word sticks in your head but you think on it and you realize there was a point too.

Any other political issues that you’re passionate about, that would get you creatively cursing?

There’s a whole bunch, although I’ll probably have to tone down the swearing until I’m done playing football, because it can reflect badly on the Vikings. I realize that as part of a broad-appeal organization, I do represent the team so I'll be more careful in the future with my missives.

But there’s a bunch of stuff, just look at our current election cycle: There’s a lot of people that weren’t necessarily voting for someone they really wanted but someone who was the lesser of two evils. To me that says that there’s something deeply wrong with our political system, and a lot of that can be traced back to the fact that there’s entirely too much money in our political system right now, and the fact that as people we’ve turned over too much power to lobbyists and corporate interests rather than being willing to educate ourselves and be up-to-date on issues so we can make decisions and elect the right people.

What’s next for you after football? You seem to have an activist streak; is that something you could see pursuing?

Probably through writing, yeah. I could probably do some good with that. As far as the other stuff, I’d be perfectly happy running the miniature hobby gaming store I have in Southern California. That would be kind of the life goal there: hang out at the shop, talk to people, play games.

Did you say “miniature gaming”?

Yeah, they’re little miniatures that you assemble, paint ‘em, and then battle against other people. It’s kind of like Risk and chess mixed together, only a lot more intricate.

That’s your main hobby outside of football?

You also read a lot, I see from your Twitter feed.

I’ve always enjoyed reading. I’ve always been able to read really fast, so that helps to go through a lot of books — mostly science fiction, fantasy. I read all of Vonnegut’s stuff lately. I waded through "Atlas Shrugged" a couple days ago; that was pretty brutal. A lot of classic literature stuff that I’m reading now — like Vonnegut or Rand or Huxley — a lot of those I don’t think you can appreciate as a kid because you just don’t have the life experiences to realize what they’re talking about. But looking at it now as more of an adult I can look past the words and get to the deeper meaning. They’re a much richer experience now.

So, looking back at your headline-making letter, and all the attention it got, are you happy with the way things played out?

I’m happy with how it played out because we defeated the amendment here in Minnesota, and same-sex marriage was legalized in Washington, Maryland and Maine, so we went four for four on the legislative issues, which is not a bad winning percentage. I heard from a few people, “Hey, why’d you have to use the [bad] language?” But I think the language got the message out to way more people than it might have otherwise reached. Sometimes there’s a place to have polite civil discourse and sometimes there’s a place to tell someone to just go “eff” themselves.