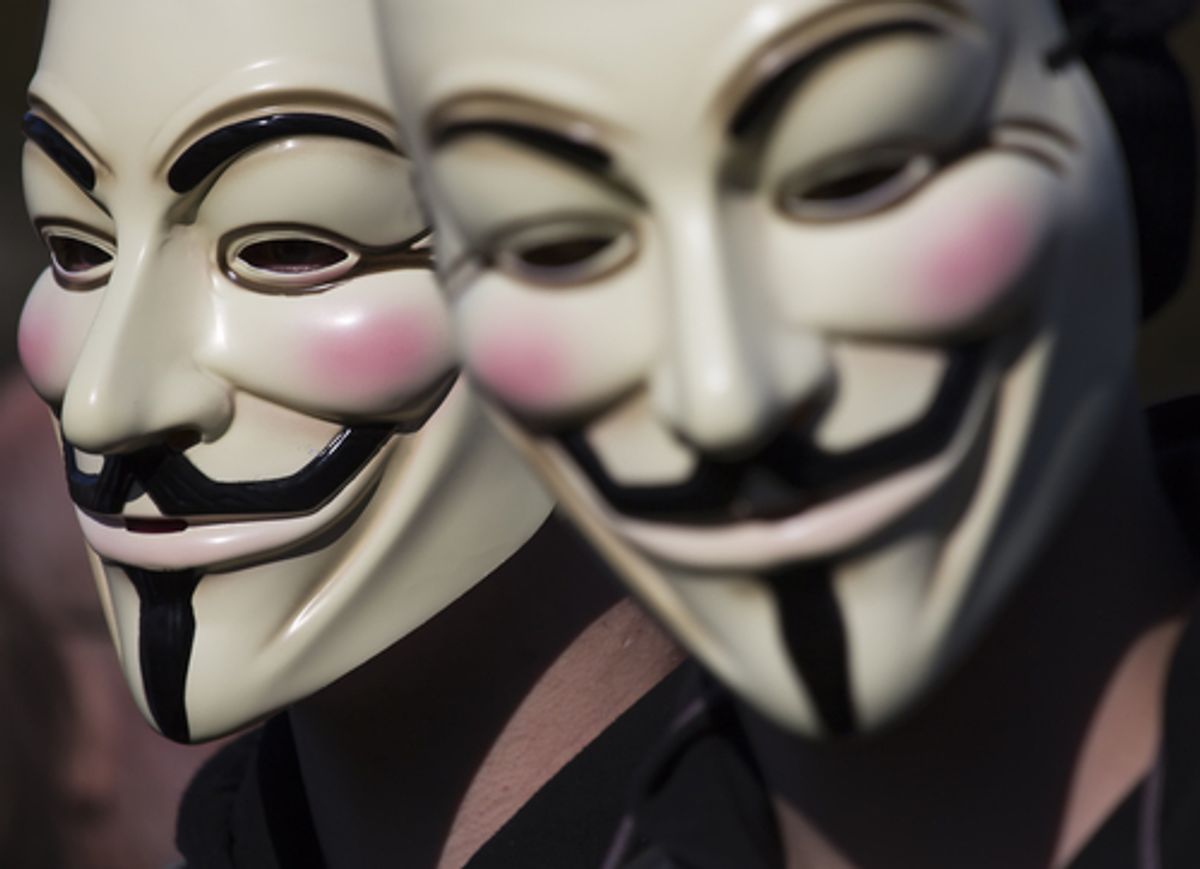 Israel's deadly military operation in Gaza, which began Wednesday, is striking not only in its intensity (the most intensive series of airstrikes since Operation Cast Lead in 2009) but also in its exposition over social media. As our own Alex Halperin noted Wednesday, the IDF has been using Twitter and YouTube to communicate details about Operation Pillar of Defense and to send threats to Hamas. A number of reports also claim that Israel plans to shut off the Internet in Gaza.

When it comes to cyber-warfare, however, the IDF's foes are legion. Diffuse hacker collective Anonymous on Thursday announced #OpIsrael via Twitter in response to Israel's threats. In a release posted on Pastebin, Anonymous wrote:

For far to long, Anonymous has stood by with the rest of the world and watched in despair the barbaric, brutal and despicable treatment of the Palestinian people in the so called "Occupied Territories" by the Israel Defense Force. Like so many around the globe, we have felt helpless in the face of such implacable evil. And today's insane attack and threatened invasion of Gaza was more of the same.

When the government of Israel publicly threatened to sever all Internet and other telecommunications into and out of Gaza they crossed a line in the sand. As the former dictator of Egypt Mubarack learned the hard way – we are ANONYMOUS and NO ONE shuts down the Internet on our watch. To the IDF and government of Israel we issue you this warning only once. Do NOT shut down the Internet into the “Occupied Territories”, and cease and desist from your terror upon the innocent people of Palestine or you will know the full and unbridled wrath of Anonymous. And like all the other evil governments that have faced our rage, you will NOT survive it unscathed.

According to the Observer's BetaBeat, "Anonymous has already begun defacing multiple pro-Israel websites, including Falcon-s.co.il and Advocate-israel.com. They’ve also compiled an Anonymous Gaza Care Package, which contains basic safety and surveillance avoidance information, as well as instructions for how to jigger an internet connection if Israel takes down Gaza’s servers. Another document posted to Pastebin outlines how to connect to dial-up in the event of an internet outage."