Mini-deal on "fiscal cliff" in the works? 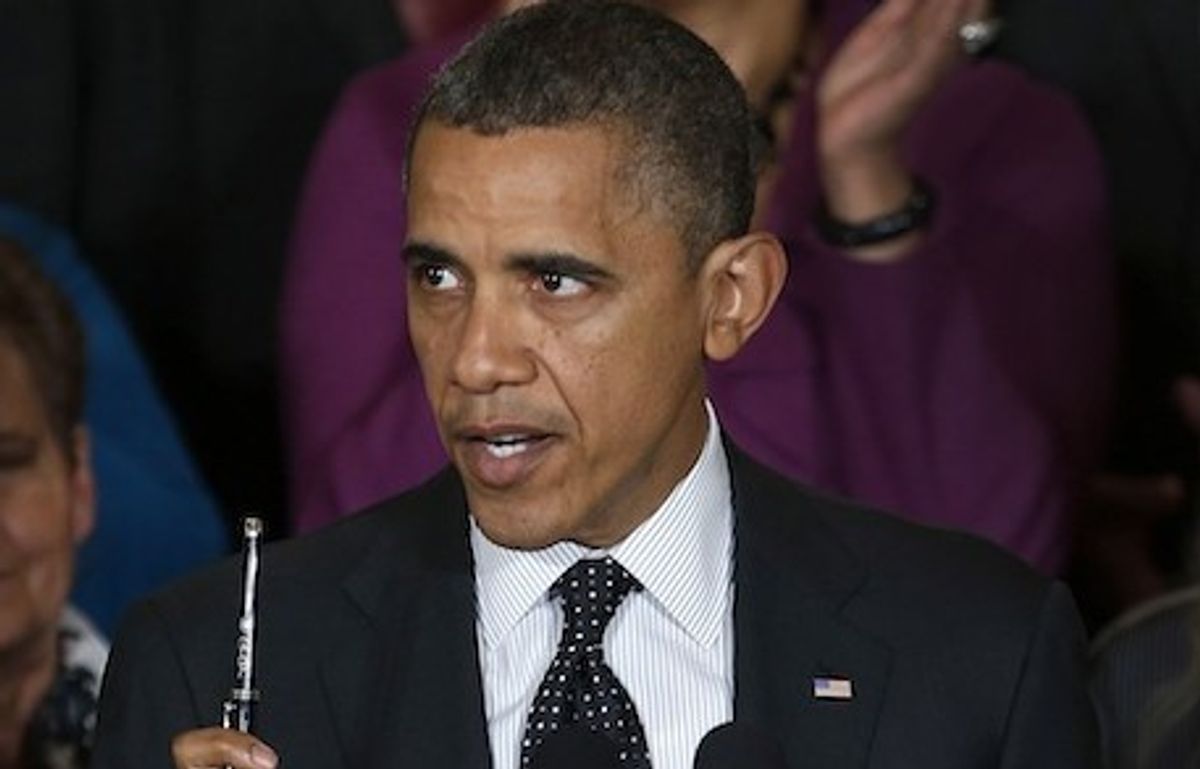 Here, the path of least resistance is for congressional Republicans and the President to agree to kick the can down the road – keeping everything as it is (current spending, the Bush tax cut) until a date in the not-too-distant future — say, March 15.

As a sweetener, Republicans will have to agree to lift the debt ceiling again when a vote is needed to do so, probably in late January.

This mini-deal will give the new Congress and the White House time to craft a “grand bargain” on deficit reduction without going over the fiscal cliff.

It also enables the White House and Democrats to retain their trump card: The Bush tax cuts will automatically expire at the end of the negotiation period (in my example, March 15) unless an agreement is reached. So the top marginal tax rate automatically rises to 39 percent.

The downside of the mini-deal: Financial markets will remain uncertain about the ultimate deal. That means another several months of Wall Street gyrations. And certain industries – military contractors, drug companies, and other sectors dependent on government spending – may delay expansion or hiring until a grand bargain is struck.

But it’s far better than going over the cliff.