Israel and Gaza continue to trade attacks as the conflict escalates 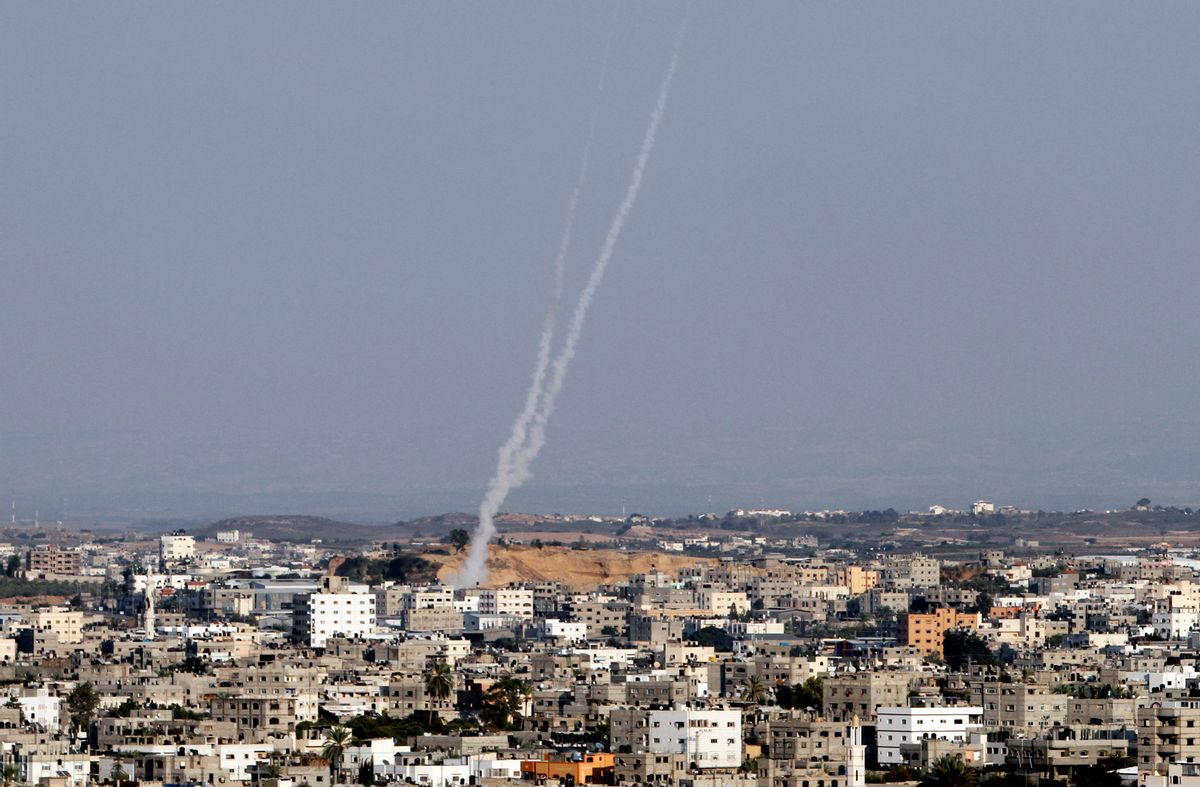 Smoke trails are seen after missiles were fired by Palestinian militants from Gaza City towards southern Israel, Thursday. (AP/Hatem Moussa)
--

The strikes today come a day after the launch of an Israeli military campaign against militants in Gaza, with Israeli jet and drone attacks reportedly slamming the region overnight,according to The Washington Post. The Israelis launched the offensive in retaliation for more than one hundred missiled fired into southern Israel by Gaza militants earlier in the week.

The violence in southern Kiryat Malachi marks the first reported Israeli civilian casualties since the conflict erupted on Wednesday. The death toll in nearby Gaza after a night of violence was not immediately clear, but the Palestinian envoy to the United Nations told reporters late Wednesday that at least nine people had been killed.

Israel's new Iron Dome missile defense system as so far prevented any widespread casualties in the country's south. But some rockets from Gaza have managed to make it through.

Tomer Nadau, who lives two buildings down from the Kiryat Malachi apartment building that was hit, told GlobalPost that the attack was "scary as hell."

"These are old buildings," the 18-year-old Haifa resident told GlobalPost. "We don't have bombproof rooms here. Its more like storerooms."

"I heard the alarm and took my kids behind three or four walls," he said. "The building shook! My wife and baby started to cry. Then I said: 'It's not our building.'"

Israel today said more than 180 rockets have landed in Israel since Wednesday afternoon.

Gershon Richter, 26, who lives in the building that was hit with his seven siblings, told GlobalPost he returned to the ruined building in order to "to take my brothers and sisters away until we see what happens."

Hamas has claimed responsibility for the Kiryat Malachi strike, according to YNet.