Dear Mr. President: Please admit it -- you're a Jedi

Can you share the Force with the rest of us now? We're ready to get to work 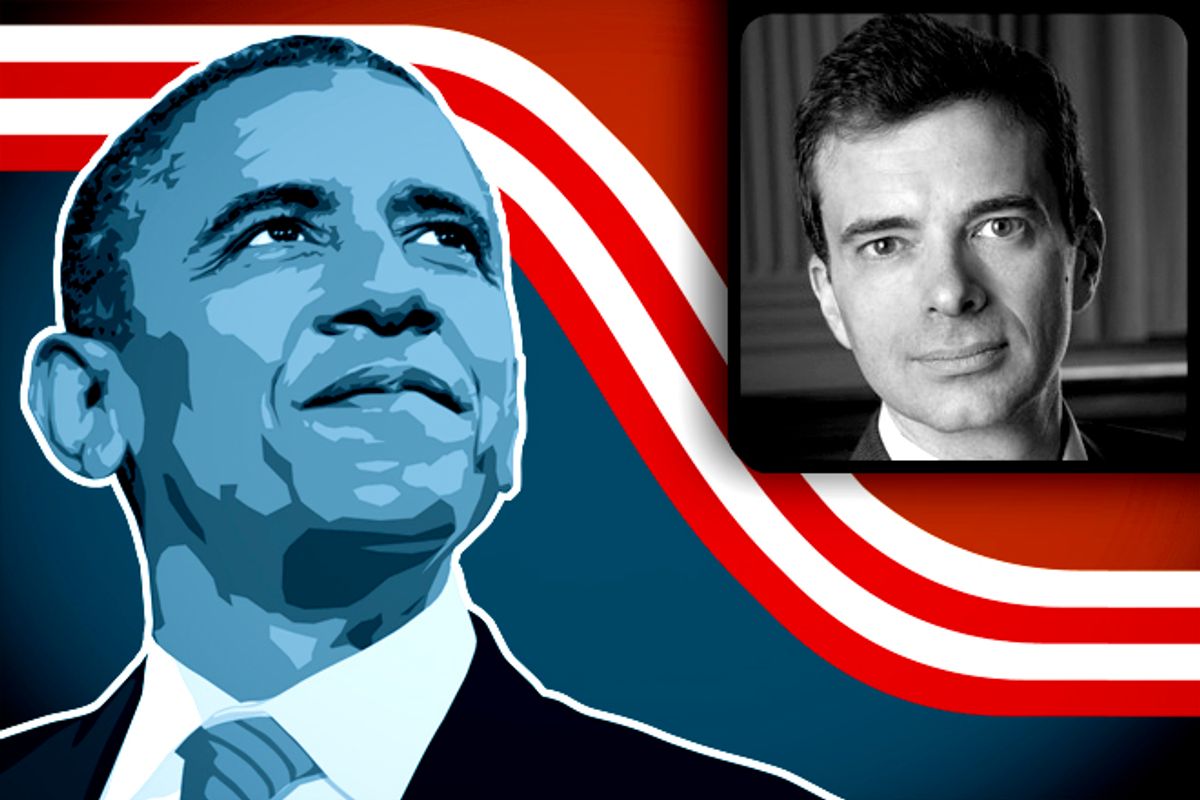 We've reached out to some of our favorite progressive thinkers and writers asking a simple question: What one thing would you ask President Obama to do in his second term? We'll be running their answers over the coming weeks.

With your last-ever campaign behind you, and faced with the task of rallying an American community that has nearly had the unity beaten out of it by a politics that has often forgotten its purpose, I believe that now is the time for you to reveal your truth. For it can be a healing truth, and we are ready to hear it.

It is time to admit that you are a Jedi.

How else to explain your ability to cause adversaries to crumble in confusion, losing their direction and chasing imaginary sights and sounds? Jedi mind tricks. How else to explain the uncanny precision with which your campaign was able to target voters and model outcomes? Organizing? "Math"? Rather, a deep knowledge of the Force. And I hardly need mention the on-air meltdown of the Sith Lord Karl Rove, or the Twitter implosion of his apprentice Donald Trump.

We first saw you use these powers when you were a mere Padawan, running for Senate in 2004. Faced with a formidable Republican nominee, and still early in your training, you had not yet achieved the finesse of a true master. To be sure, using the Force to replace your opponent with the feckless intergalactic mercenary Alan Keyes was effective. But it lacked refinement.

With the coming of the 2008 presidential election, you had completed your training in the Dagobah System (what locals call the South Side of Chicago), emerging as a full Jedi Knight. You did not dare use your powers during the hard-fought primary, of course -- the Force is strong with Hillary Clinton, as well -- but the general election saw the flowering of your abilities. A gesture here, and John McCain conceives the idea of making Sarah Palin his running mate. A word there, and Sen. McCain suspends his campaign in response to the financial crisis. And our first Jedi president is elected.

Signs of your identity were evident throughout your first term, for those able to see them. Indeed, at times it seemed that you wanted people to know. There was the noted CNBC interview in which you killed a persistent fly with uncanny precision while the cameras were rolling. The media remarked upon your cool dexterity, to be sure. But no one seemed to notice the Jedi "tell" -- closing your eyes before taking aim and striking. (Remember Obi Wan, putting a blast shield over Luke's eyes as they trained with the light saber aboard the Millennium Falcon? "Your eyes can deceive you. Don't trust them.")

And who can forget the jump shot captured by Pete Souza, the White House photographer, who has quietly been gathering evidence of your powers these last few years? (Sorry, Pete. It's time to bring it all out of the shadows.) Are you kidding me? No president has a vertical like that. Unless he's a Jedi ...

By the 2012 campaign, the forces arrayed against you were immense. No longer would it suffice to turn aside the intentions of a single opponent. An entire coordinated army was bent on your destruction. But you had come into your mastery. Methodically, with utmost precision and discipline, you caused your opponents to reveal their darkest and most unattractive secrets -- dismissiveness toward the less affluent, cluelessness toward women, the valorization of Ayn Rand --  as you weaved around them a mental bubble of self-satisfied illusion that left them totally unprepared for the election outcome that was approaching. On some distant world, a spectral Yoda is smiling with approval.

And now, the election behind us, your fellow Jedi-Americans stand ready to answer the call. The challenges ahead are formidable. But you have brought a new hope to many who previously thought they had no voice and no reason to engage. Younglings and Padawans who had never looked to public service; Knights and Masters who spent years in hiding, believing their time had passed -- they now have a voice and a purpose.

You have the capacity to bring out the Jedi in all of us, Mr. President. Now is the time to demand the most from us. Lead us by your example. Put us to work.

Tobias Barrington Wolff is a professor of law at the University of Pennsylvania. He was chief adviser on LGBT issues to the 2007-08 Obama campaign.