Jokes aside, it's on President Obama to take the next serious step toward legalizing pot 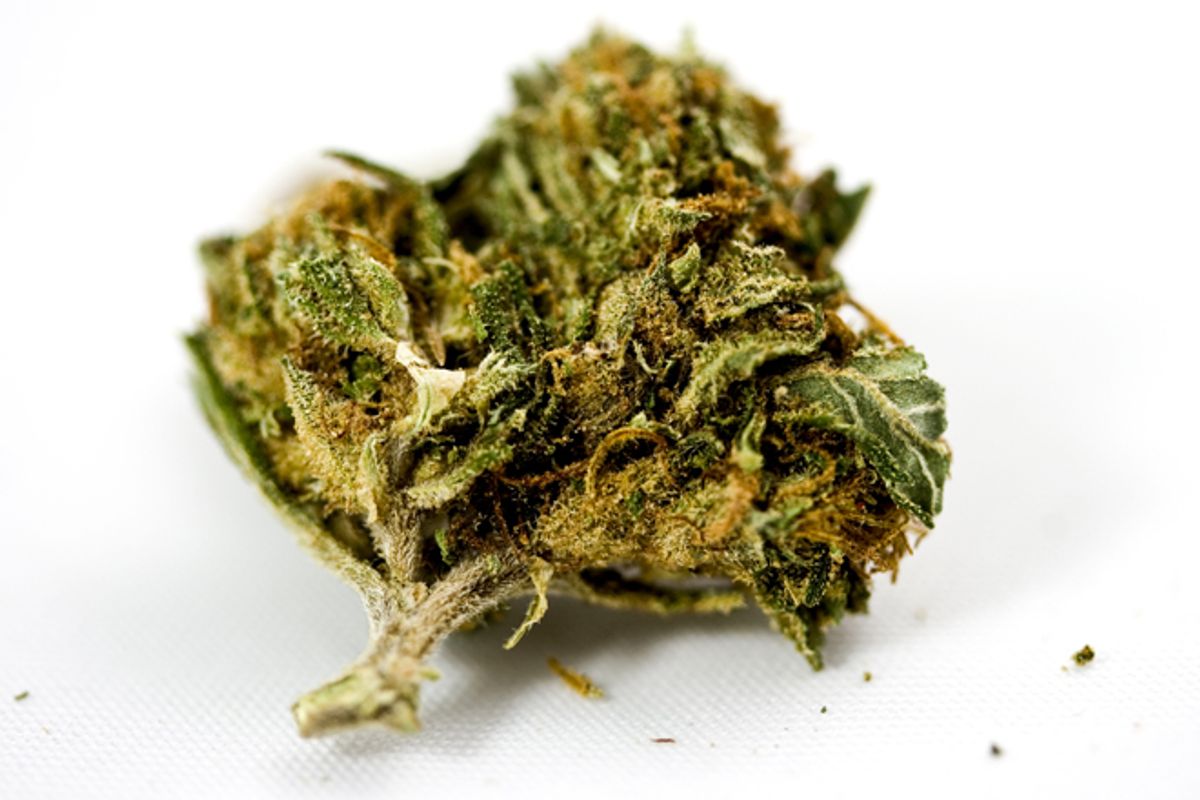 What's next? Amid all the munchie-themed jokes from reporters, political elites and late-night comedians, this remains the overarching question after Coloradans voted overwhelmingly to legalize, regulate and tax marijuana in the same way alcohol is already legalized, regulated and taxed. Since those anti-drug war principles are now enshrined in Colorado's constitution, only the feds can stop this Rocky Mountain state – if they so choose. But will they? And should they even be able to?

The answer to the former is maybe. Barack Obama campaigned for president pledging to respect state marijuana laws, and his Justice Department in 2009 issued a memo reiterating that promise. But by 2011, the same Justice Department countermanded that directive and authorized a federal crackdown. Now, with the results of the 2012 election, Colorado's Democratic Gov. John Hickenlooper has been forced into the awkward position of fighting off the feds in defense of a state constitutional amendment he tried to defeat.

Because of Hickenlooper’s cynical contradictions – the beer mogul opposed pot legalization after making millions selling the more hazardous drug called alcohol – he is not trusted by those pushing for a more rational narcotics policy. That distrust only intensified after the election. Instead of acknowledging the seriousness of a drug war that is unduly arresting thousands and that often disproportionately targets minorities, Hickenlooper reacted to the ballot measure's passage with his own infantile attempt at comedy.

"Don’t break out the Cheetos or Goldfish too quickly," he snickered.

Not surprisingly, proponents of the pot initiative, which passed with more votes than either Obama or Hickenlooper has ever received in Colorado, weren't laughing with the governor. They suspect Hickenlooper's recent consultations with the Obama administration over the new law are a devious concession. Specifically, they argue that Hickenlooper even asking the White House for permission to proceed – rather than simply moving forward on behalf of his state’s voters – could be a deliberate attempt to solidify the precedent of federal preemption before courts cite the 10th Amendment to invalidate that authority.

Of course, in the years before the judiciary steps in, the federal Drug Enforcement Agency will likely cite the 1970 Controlled Substances Act to do whatever it wants. That gets to the second issue of “should”: Should that statutory power exist anymore? That’s not a rhetorical query for academic navel-gazers – it is a pressing question that a new Democratic proposal could force Congress to confront.

As the Colorado Independent reports, while Hickenlooper cracks weak frat-boy jokes, Colorado’s “three Democratic U.S. House members are drafting legislation … that would exempt states where pot has been legalized from the Controlled Substances Act.”

So far, President Obama hasn't taken a position on the bill. However, a White House citizens' petition supporting the measure could force his hand. In just days, it has garnered the necessary number of signatures to officially require a presidential response (you can sign it here). Signatures are no doubt piling up because the initiative presents a straightforward path to success.

Politically, it would allow culturally conservative drug warriors in Congress and the White House to support the states’ rights position on narcotics policy that a new Rasmussen poll shows the public supports. At the same time, it would let those drug warriors avoid an explicit stand in support of marijuana use. Meanwhile, it would ratify voters’ right to end this destructive part of the drug war and it would short-circuit a jurisdictional fight between states and Washington, D.C.

Such a skirmish would not merely be expensive and pointless -- it would also be lengthy, meaning billions more taxpayer dollars wasted on a failed prohibitionist policy, and worse, more innocent Americans punished for the “crime” of smoking a joint.

That's not funny, no matter how many politicians, comedians and reporters try to tell you otherwise.