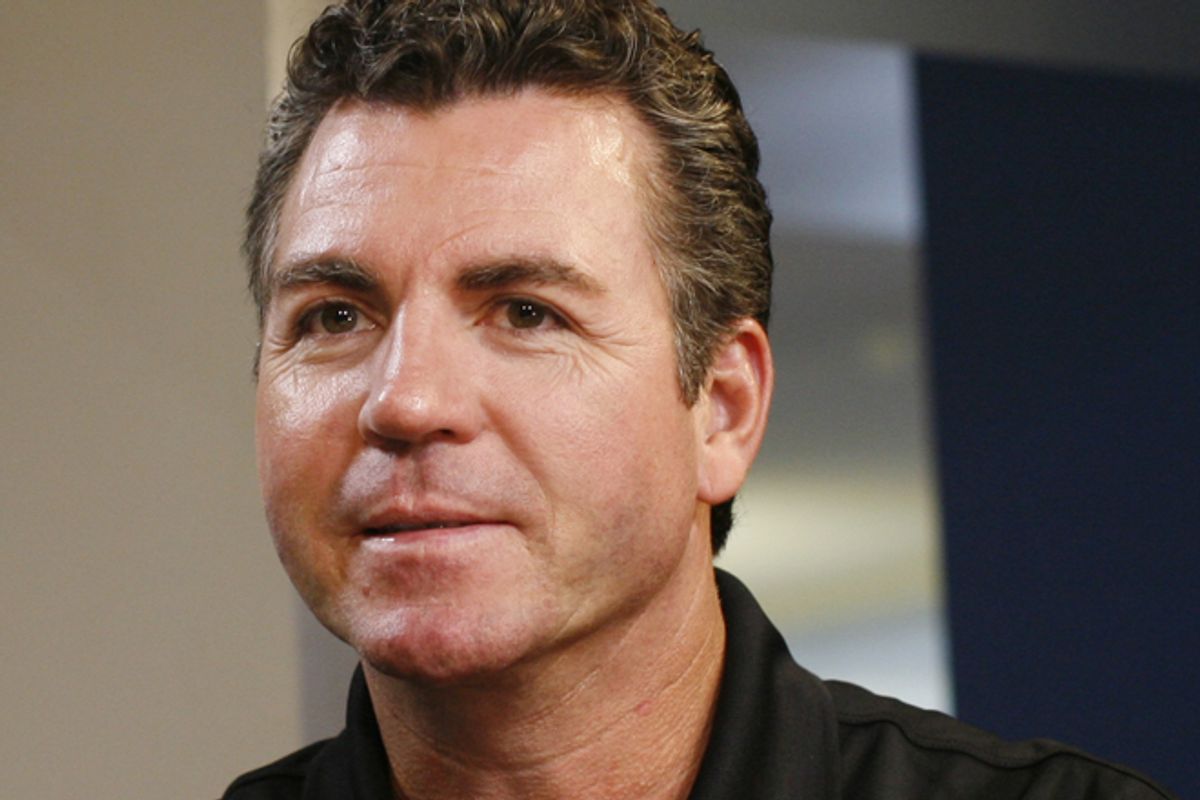 Papa John's Pizza seems to be gunning for Chick-fil-A's "most heartless fast-food chain" title after CEO John Schnatter threatened to increase pizza prices by 11 to 14 cents per pie and cut back employee hours if the Affordable Care Act isn't repealed. Schnatter has found support from more than 20,000 Facebook users (and counting), who have staged an "eat-in" to protest Obamacare and its effects on the food chain:

Papa Johns has been targeted by the left for a boycott, for simply articulating that ObamaCare would hurt profits and force cutbacks in employee hours. Stand up to this nonsensical and illogical action and support Papa Johns this Friday!

Forbes' Caleb Melby points out, however, that Schnatter's underlying logic doesn't make sense when you look at the numbers:

Last year, Papa John’s International captured $1.218 billion in revenue. Total operating expenses were $1.131 billion. So if Schnatter’s math is accurate (Obamacare will cost his company $5-8 million more annually), then new regulation translates into a .4% to .7% (yes, fractions of a percent) expense increase. It’s difficult to set that ratio against the proposed pie increase, given size and topping differentials, but many of their large specialty pizzas run for $16. Remarkably, a 10-14 cent increase on a $16 pizza falls in a comparable range: .6% to.9%. But the cost transference becomes less equitable if you’re looking at medium pizzas, which run closer to $12, meaning a .8% to 1.15% price increase.

In other words, Melby's analysis shows that Obamacare would increase Papa John's expenses by only a fraction of a percent, and his proposed increase would not only cover said expense -- but it might even result in an increase in revenue. For example, if Papa John's were to sell exactly 50 percent large pizzas and 50 percent medium pizzas, Melby explains, prices would only have to increase 3.4 to 4.6 cents a pie to cover Obamacare costs. Melby notes that although Schnatter may have other reasons to increase prices, "attributing all price increases to Obamacare would be disingenuous."

Melby's analysis seem to be consistent with a more expansive Urban Institute study:

Updated results from our Health Insurance Policy Simulation model show that, contrary to critics' claims, the law has a negligible impact on total employer-sponsored coverage and costs, leaves large business costs-per-person-insured largely untouched and makes small businesses-for whom coverage expands the most-financially better off, through tax credits and market efficiencies that lower premiums. Only among mid-size businesses does the ACA noticeably increase costs, largely due to increased enrollment.

Before the ACA passed, a 2010 report commissioned by CEO association Business Roundtable also estimated that effects on employer premiums would be modest, and that "the right legislative reforms could potentially reduce that trend line by more than $3,000 per employee, to $25,435."