Triumph of the Obama nerds

When geeks master politics: The Atlantic's Alexis Madrigal has the story 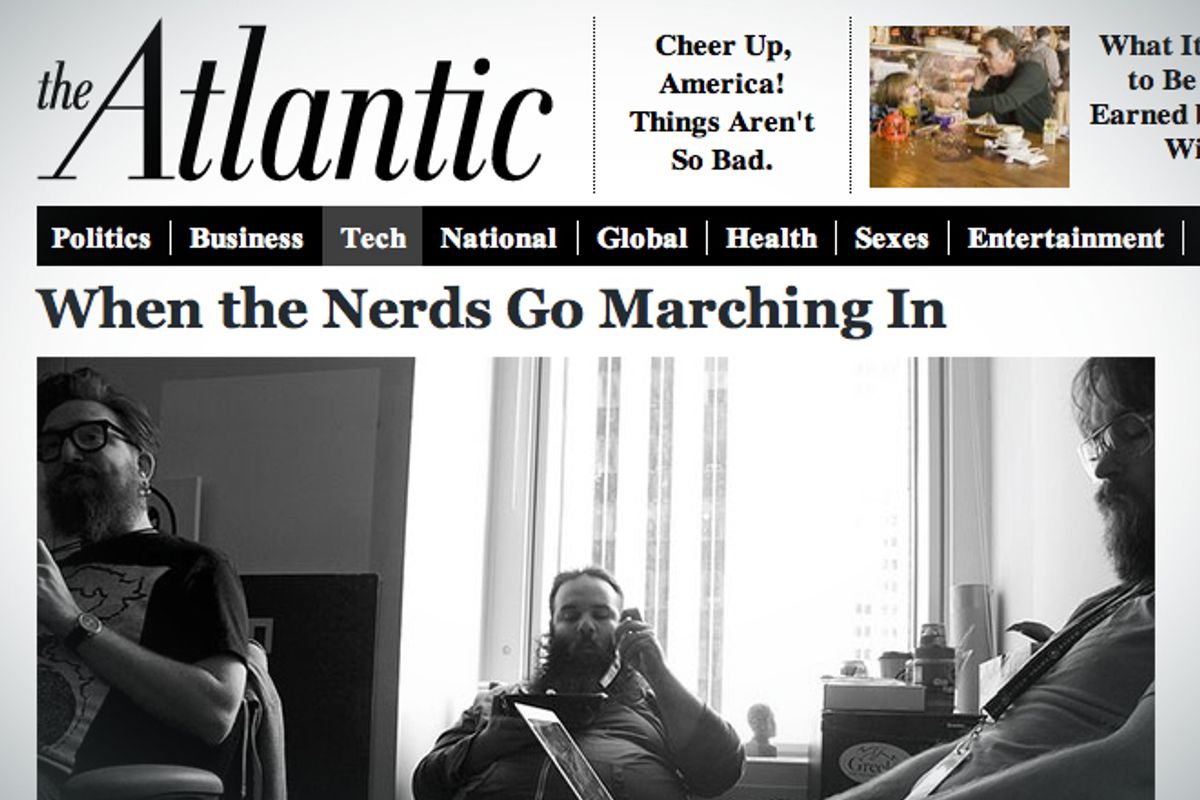 Alexis Madrigal's great story about Barack Obama's campaign technology team, "When the nerds go marching in," is worth checking out for the cover photo alone, a tableau positively reeking of deep geekdom. But the story itself is a must read for anyone interested in technology and the presidential race. A great deal has been written about how Obama's campaign expertly leveraged the digital era to win two elections; Madrigal's account is the current state of the art.

It feels a trifle spoiler-ish to steal from the end of Madrigal's magisterial article, but the closing stretch, a glimpse at how acutely the nerds started to feel the huge consequences of their potential success or failure, is moving.

"I felt like the people I hired were right, the resources we argued for were right," [CTO Harper Reed tells Madrigal.] "And because of a stupid mistake, or people were scared and they didn't adopt the technology or whatever, something could go awry. We could lose."

And losing, they felt more and more deeply as the campaign went on, would mean horrible things for the country. They started to worry about the next Supreme Court Justices while they coded.

"There is the egoism of technologists. We do it because we can create. I can handle all of the parameters going into the machine and I know what is going to come out of it," Reed said. "In this, the control we all enjoyed about technology was gone."