Did I make it?

I gave myself to the age of 40 to become a successful writer. Well here I am, and now I'm not sure what that means 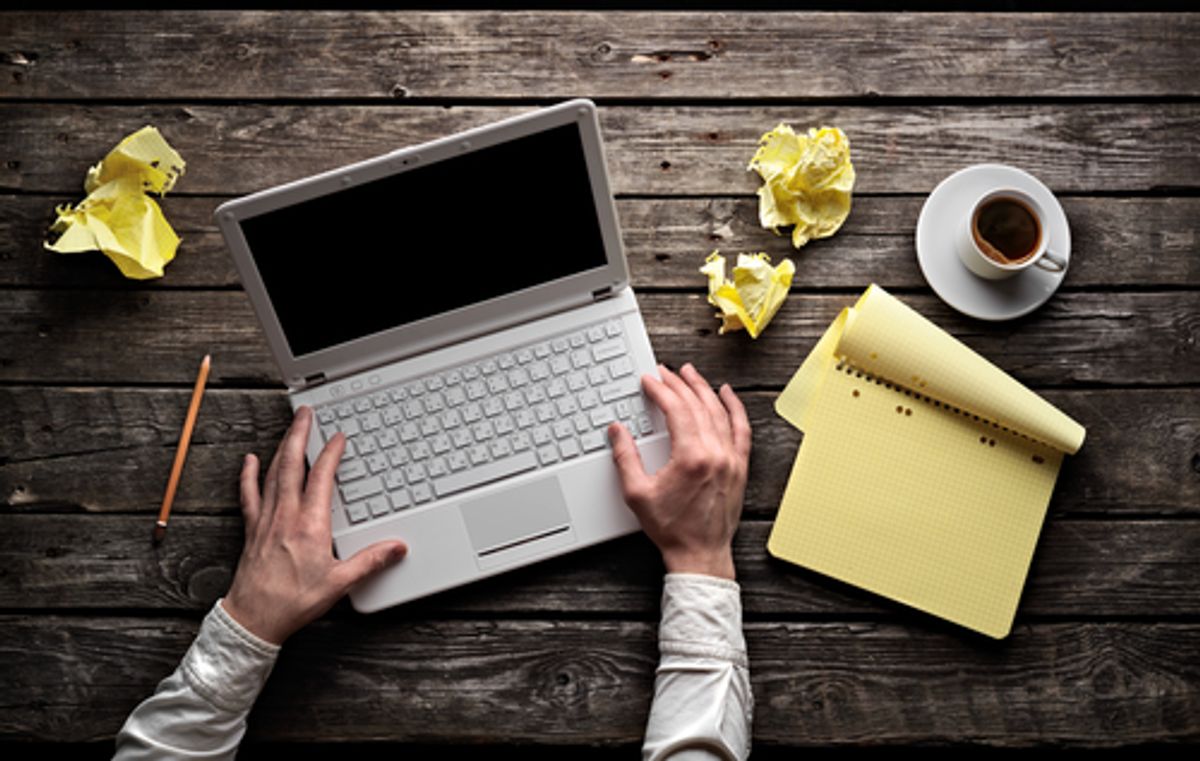 “The best years are the forties; after fifty a man begins to deteriorate,
but in the forties he is at the maximum of his villainy.”—H. L. Mencken

TODAY—or rather tonight; at 9:26 pm EST, to be precise—the transiting Sun will conjunct my natal Sun for the fortieth time. Which means, in layman’s terms, that it’s my birthday. I am now, somehow, 40.

There is no astrological significance to my new age (pun intended). The three overlapping transits that together comprise what Robert Hand calls “the crises of middle age”—Saturn oppose Saturn, Uranus oppose Uranus, Neptune square Neptune—begin later, at age 42. The real biggie, the Uranus opposition, won’t start for me until April 14, 2016. As far as horoscopy goes, there’s so reason today should be any different than November 13, 2011, or November 13, 2010.

And yet something about the numeral 4 in the tens column lends itself to accounting. I’m not one to dwell on the past, or to rest on whatever laurels there are to rest on, but I can’t hit the Big Four-Oh and not reflect, in particular, on a vow I made back in college. “If I don’t make it as a writer by the time I’m 40,” I told myself back then, “I’ll give up and open a video store instead.”

And here we are: the moment of truth.

Despite the preponderance of evidence that happiness cannot be purchased, that the best things in life are free, that rich men will ride a camel through the eye of a needle before they enter the Kingdom of Heaven, we cannot contemplate our earthly successes without considering the bottom line. Money talks.

In his essay in this space last week, Peter Mountford recalled how he and his grade-school nemesis made a bet to see who would be more successful by age 25—and how he came to learn that the concept of success is much more nuanced than either of them had anticipated. “[W]e were not the first Americans,” he wrote, “to confuse quantity of money with quality of life.”

Certainly the relationship between success and wealth is shakier than it initially appears. I had an email exchange recently with one of my oldest and dearest friends, on the assessment of our lives so far. Were we where we wanted to be? Where we needed to be? What constitutes success? What will the future hold in store?

He is not motivated by money, this friend, but rather by service and sacrifice and maximizing his considerable talents for the greater good (although he’s too humble to put it that way). He’s not motivated by money, but he has a family, he has expenses, he has responsibilities, and unlike most of the 99 percent, he has the chops to earn more than he now does. On the verge of his own fortieth birthday, this is his dilemma: whether to continue trotting along his current path, or to change mid-stream to a more lucrative horse.

At the end of our exchange, he summed up his—our—plight beautifully: “It’s amazing how broke our generation is, except for all the people who went into finance, mostly the biggest idiots in my high school class. There needs to be a sustainable answer for people who didn’t decide to spend their lives as close to the money as possible.”

The equation (money)=(success) has particular resonance with men. We are “supposed” to bring home the bacon, after all, just as women are “supposed” to tend to the hearth. These “traditional” gender roles have been reinforced in every society since the invention of the plow, and no amount of social revolution or personal enlightenment can make them vanish completely. Not for a man born in 1972, anyway.

When I was in therapy a few years back, almost every session was a discussion of my shortcomings in the traditional male role of breadwinner—or, as my friend would have it, my failure to spend my life as close to the money as possible.

The following is an excerpt from “The Purpose of Spectacular Wealth, According to a Spectacularly Wealthy Guy,” a New York Times Magazine piece on the Bain-capitalist-turned-author and one-percent apologist Ed Conard, by the economic writer Adam Davidson:

Conard’s solution is simple. Society benefits if the successful risk takers get a lot of money. For proof, he looks to the market. At a nearby table we saw three young people with plaid shirts and floppy hair. For all we know, they may have been plotting the next generation’s Twitter, but Conard felt sure they were merely lounging on the sidelines. “What are they doing, sitting here, having a coffee at 2:30?” he asked. “I’m sure those guys are college-educated.” Conard, who occasionally flashed a mean streak during our talks, started calling the group “art-history majors,” his derisive term for pretty much anyone who was lucky enough to be born with the talent and opportunity to join the risk-taking, innovation-hunting mechanism but who chose instead a less competitive life. In Conard’s mind, this includes, surprisingly, people like lawyers, who opt for stable professions that don’t maximize their wealth-creating potential. He said the only way to persuade these “art-history majors” to join the fiercely competitive economic mechanism is to tempt them with extraordinary payoffs.

“It’s not like the current payoff is motivating everybody to take risks,” he said. “We need twice as many people. When I look around, I see a world of unrealized opportunities for improvements, an abundance of talented people able to take the risks necessary to make improvements but a shortage of people and investors willing to take those risks. That doesn’t indicate to me that risk takers, as a whole, are overpaid. Quite the opposite.” The wealth concentrated at the top should be twice as large, he said. That way, the art-history majors would feel compelled to try to join them.

Needless to say, in Conard’s dog-eat-dog worldview, I—and most of my friends—are art-history majors.

I’ve read biographies of John D. Rockefeller and J.P. Morgan and the Rothschilds, and they have confirmed what I’ve long held: to make mountains of money, as they did, as Conard has, you need only care about making mountains of money…and nothing else. Do we really want a society in which everyone shares this base value?

Back when I made my vow, I wanted to be a screenwriter. I spent many sunny college afternoons in front of the TV, watching as many classic films as I could get my hands on. If I could not make movies of my own, owning my own video store seemed a good consolation prize.

Senior year, I made the conscious decision to focus instead on writing novels. Because it is more challenging to complete an 80,000 word novel than a 120-page, mostly-blank-paper screenplay, there would be fewer novels out there, I reasoned, and therefore less competition. Perhaps, if I played my cards right, I could go from novelist to screenwriter, and sneak into the lot at Paramount through a side door.

This decision seems, in retrospect, almost savvy. I was lucky enough to sell two of my novels to the largest publishing house in the world. I snuck onto the L.A. Timesbestseller list. I went to France on a book tour. Bret Easton Ellis, one of my early influences and favorite writers, is adapting Totally Killer as a TV show. I just sold the film rights to Fathermucker to a little mom-and-pop outfit called Warner Brothers, and the German-language version is coming out in April. So far, the gambit has worked out better than I had any right to expect.

And yet the version of me half my age, the dope who envisioned opening a video store, was certainly assuming that the it in the term make it was a fill-in for the more specific word millions. By this metric, the Romneyan metric many people (the teenaged Peter Mountford and his frenemy, to name but two) use to gauge success, I have not “made it” at all.

Samuel Johnson once said: “No man but a blockhead ever wrote, except for money.” Perhaps he meant this as self-critique. He achieved considerable fame as a writer, but was forever teetering on the brink of insolvency, and was arrested several times for non-payment of debts.

Dr. Johnson had his benefactors, and I have mine. Praise be to the Hester Thrales of the world, and may debtors’ prisons be forever a thing of the past.

When I’m honest with myself, I know that the story of that decision—of me choosing, with cold Rothschildian calculation, to devote myself to the novel instead of the screenplay—is simply part of my narrative, a story I keep telling myself until I believe that it’s true. Like all parts of my narrative, it leaves out the details I don’t want to include. It doesn’t talk about how I was afraid to move three thousand miles away from my family to a city many people revile, a city known to chew up and spit out thin-skinned wannabes like me faster than you can ask the way to San Jose. It doesn’t talk about how I didn’t want to, how I couldn’t, play the game: the pitch meetings, the schmoozing, the fundraising, the butchering of my scripts on a producer’s whim, the sales of work that remains in a locked drawer forever. It doesn’t take into account my fear of failure.

Full disclosure: if “the secret” is to visualize what you want, to be specific about it, I visualized the video store much more clearly than I did the fuzzy concept of “making it.”

Was Herman Melville a success? He wouldn’t have thought so after the first edition of Moby-Dick sold a paltry 250 copies. What about Tesla, arguably the most brilliant mind of the last 200 years, who died penniless and alone? Can flashes in the pan—grown-up child stars, one-hit wonders, makers of viral YouTube videos, every American Idol winner—be thought of as failures? And what about businessmen who accumulate vast fortunes in shady ways, or at the expense of the poor and middle class—people like Kenneth Lay and Michael Milken and Jamie Dimon and, yes, Ed Conard? Can you “make it” when you fail the how-do-you-sleep-at-night test?

Furthermore, one can be a smashing success in one’s career and an abysmal failure in other areas. That I am a good husband and a good father, a good son and a good friend, counts for more, much more, than the 20-year-old Greg Olear could ever have anticipated. Would I rather be a happily-married novelist/dad with two books and a day job, or a famous millionaire with a failed marriage and kids who hate me?

The Youthful Me, I see now, was blind to the fallacy in his thinking: namely, that thereis such a thing as “making it,” that success and failure are absolutes—or for that matter, that they conform to arbitrary base-ten timetables.

Moment of truth? I’m not sure if my modest literary accomplishments would constitute “making it” in the mind of my ambitious former self. But I do know that I will not be opening a video store anytime soon.