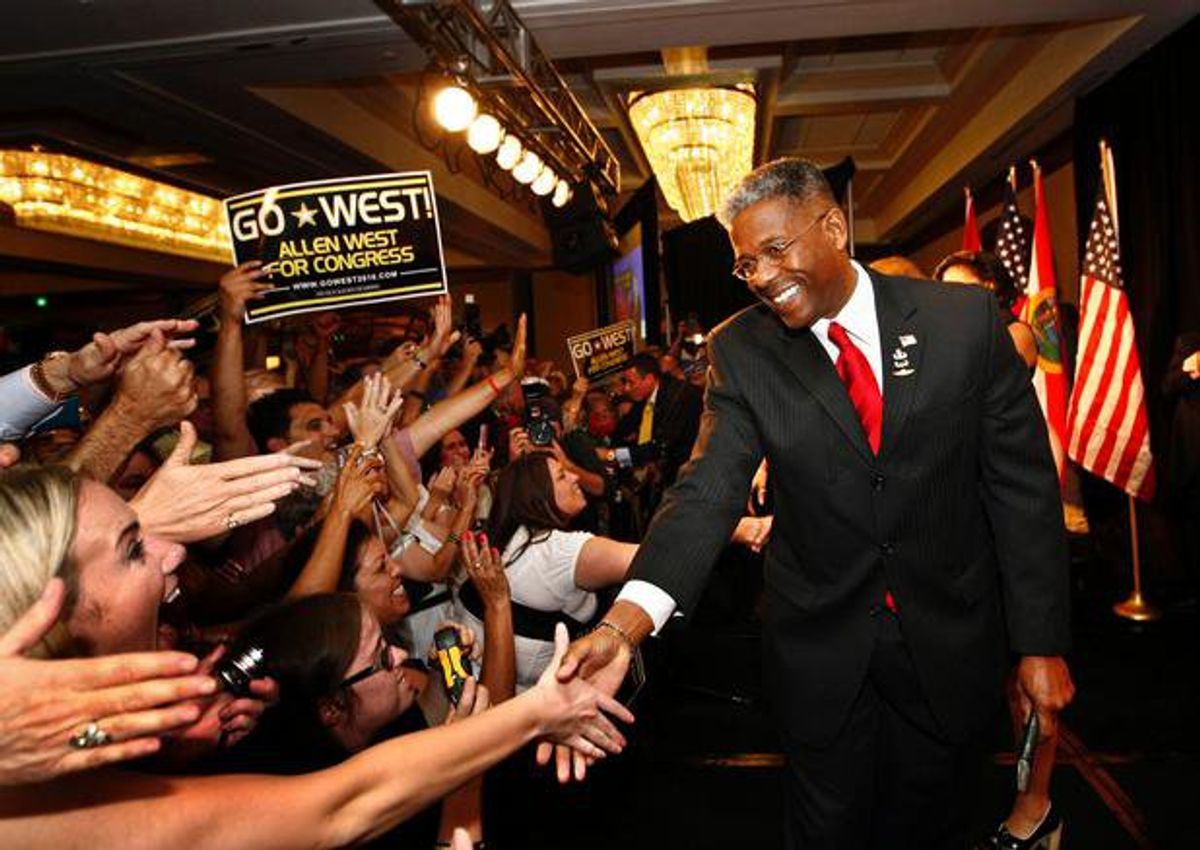 After successfully getting the state to recount the votes in St. Lucie County in Florida, Allen West is now losing by an even wider margin than before - but he still won't concede.

On Sunday, Democrat Patrick Murphy declared victory for the second time after the county filed the results of its recount, though it missed the noon deadline because of a problem uploading the results from one precinct. From the Palm Beach Post:

Preliminary numbers released around 2 p.m. by the St. Lucie County board showed Murphy with an even greater lead, with 65,841 votes to West’s 52,704. When those results are added to the final tallies in Martin and Palm Beach counties, Murphy’s lead increased to 0.65 percent.

West still hasn't conceded, and his team is considering what legal options it has left to pursue.

“As usual, Murphy’s people are full of garbage,” Tim Edson, West’s campaign manager, said. “This is something the secretary of state and governor will have to sort out.”