Critics get a bad rep 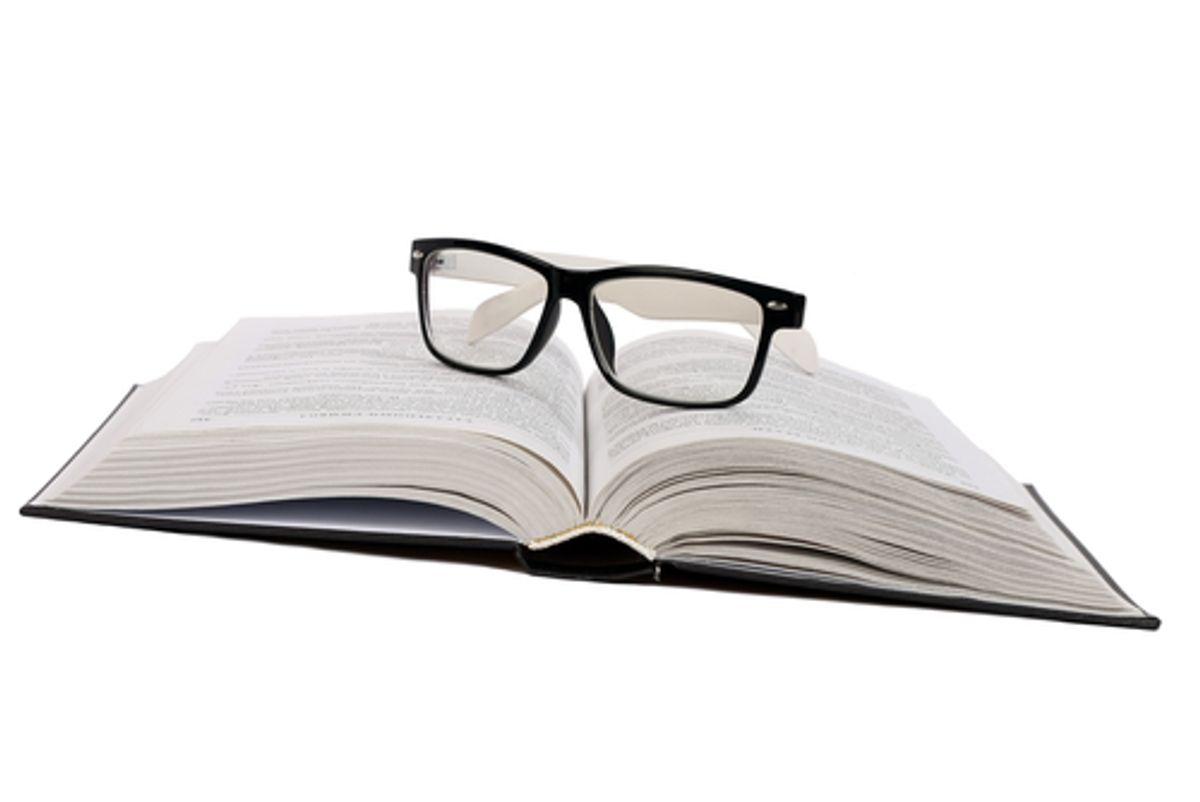 IN AXEL’S CASTLE, Edmund Wilson bemoaned Ezra Pound’s poetry for being “partially sunk by the cargo of its erudition” — a metaphorical bon mot that expresses Pound’s limitations as a poet better than most scholarly volumes. I prefer criticism that engages with literature by being itself literary: criticism that frowns at Theory and eschews the merely exegetical. Virginia Woolf’s essays do this, as do Randall Jarrell’s and V. S. Pritchett’s. (Pritchett: “Beckett’s novels are lawsuits that never end.”) Because these critics tend to be novelists or poets their perspective on books is firmly rooted in the creative instinct, and they therefore encourage an active, imaginative participation from the reader (much like fiction). Their essays are above all art: essays that, as Woolf put it, we have not finished just because we have read them. The critic James Wood, writing about Woolf, said that

In her criticism, the language of metaphor becomes a way of speaking to fiction in its own accent, the only way of respecting fiction's indescribability. It is a language of forceful hesitation. Its force lies in the vigor and the originality of Woolf’s metaphors: its hesitation lies in its admission that, in the world of criticism, a region of pure summation does not exist. In this sense, literary criticism can never offer a successful summation, though it always strives to; for it is too proximate to its subject. It shares its language. All criticism is metaphorical in movement, because it is interested in likeness. It asks: what is art like? What does it resemble? If the artwork describes itself, then criticism's purpose is to redescribe the artwork in its own, different language. [...] It is to share in making literature.

In this respect James Wood is clearly Woolf’s heir, and in the passage above might as well have been speaking of his own approach to criticism: busily attentive to metaphors and similes in the works of others, he is brazenly eager to engage with an artwork by reveling in the traffic of its language — or by decongesting it with his own, smoother avenues. In his essay on Edmund Wilson, included here in Wood’s new collection, The Fun Stuff and Other Essays, he doubts the usefulness of Wilson’s “grand, all-seeing approach” to literary criticism because, in its quixotic strain for comprehensiveness, it too often fails to pause over details. Instead, Wilson “seems to rear panoptically above his subjects, like a statue overseeing a city square, sternly, anciently surveying the busy activity, compressing and elucidating vast amounts of mobile information.”

Wood’s approach is the exact opposite of Wilson’s, and his willingness to speak in the accent of literature brings his subjects wondrously alive and close to us — in part because he gets so close to their language. In The Broken Estate, his first book of essays, he writes that with Moby-Dick Herman Melville “nearly touched every word once, or so it seems. Language is pressed and consoled in that book with Shakespearean agility. No other nineteenth-century novelist writing in English lived in the city of words that Melville lived in; they were suburbanites by comparison.” In another essay in that book, he offers this impression of Harold Bloom: “It sometimes seems that he has kidnapped the whole of English literature and has been releasing his hostages, one by one, over a lifetime, on his own spirited terms.”

James Wood is not the sort of critic who surveys artwork in awed hush, diligently obeying the Silence Please signs. He likes to get up close to consider the details and (you sometimes worry) oil the canvas with his fingers. A novelist himself, his criticism is often spurred by his own writerly instincts — a habit that occasionally lands him in incautious positions: his essay “Paul Auster’s Shallowness,” included in The Fun Stuff, opens with a long summary of an Auster novel that, as Wood eventually reveals, doesn’t actually exist: it is a parody, invented by Wood (“It is unfair, but diligently so: it reduces most of the familiar features of his work”). If this send-up of Auster’s complacent fiction wasn’t so mischievously effective, one might have grumbled in quiet about Wood’s fearlessness, his utter lack of propriety. Where are his manners?

But then The Fun Stuff reminds us in its opening essay “Homage to Keith Moon” that “subtlety is not rebellion, and subtlety is not freedom, and sometimes it is rebellious freedom that one wants.” Though he wields a subtle, nuanced intelligence, Wood has often sailed close to the winds of rebellious freedom. (Would anyone be surprised to know that, in his mid-twenties, he once engaged theorists Alan Sinfield and Terence Hawkes in a combative and impassioned letter exchange about Shakespeare and cultural materialism in the London Review of Books?) Most signally, his rebelliousness is to be found in his prose, which is primed with counterintuitive leaps (the mind of one of Hungarian novelist László Krasznahorkai’s characters is compared to a “lunatic scorpion trying to sting itself”). But it is also located at a deeper level of reading, from which Wood always emerges uniquely, a school of his own.

The 25 essays collected in The Fun Stuff appeared between 2004 and 2011. With a few notable exceptions (Hardy, Tolstoy, Orwell, Wilson, Lermontov), it is a book concerned with contemporary writers. These range from big fish like Cormac McCarthy, V. S. Naipaul, and Marilynne Robinson, to the lesser-known Ben Lerner, Aleksandar Hemon, and Ismail Kadare. And with the exception of the Auster essay, Wood finds much to admire in almost every writer encountered in this book, particularly in the unusual and genre-blighting works of Lydia Davis, Geoff Dyer, W. G. Sebald, Lerner, and Krasznahorkai.

These are writers for whom the conventions of traditional realist fiction are so many dull knives, and Wood is clearly excited by their individual rebellions. He emerges from The Collected Stories of Lydia Davis convinced that “her prose will in time be seen as one of the great, strange American literary contributions,” and draws admiring attention to the fact that “there is no gratuitous bulk in Davis’s work, no 'realistic' wadding.” Similarly, he praises Ben Lerner’s Leaving the Atocha Station for “attempting to capture something that most conventional novels, with their cumbersome caravans of plot and scene and ‘conflict,’ fail to do.”

If he is excited by originality and uniqueness, Wood also delights in the Borgesian notion that “each writer creates his precursors.” Books are partly about life and partly about other books. Few modern critics are as well-positioned to admire the way in which certain writers swallow up whole traditions of fiction-writing in order to nourish a style of their own. Gearing up to write about Krasznahorkai, Wood places him at the starting line of contemporary experimental fiction (alongside Thomas Bernhard, José Saramago, W. G. Sebald, David Foster Wallace, Roberto Bolaño, and James Kelman), before following Krasznahorkai’s unique trajectory away from this tradition. And when he writes about Geoff Dyer, Wood identifies the English writer’s influences and antecedents before suggesting that “his work is so restlessly various that it moves somewhere else before it can gather a family. He combines fiction, autobiography, travel writing, cultural criticism, literary theory, and a kind of comic English whining. The result ought to be a mutant mulch, but is almost always a louche and canny delight.”

How much of this is lost on Wood’s detractors, who will surely race instead to inspect his essay on Joseph O’Neill, “Beyond a Boundary,” in which he addresses Zadie Smith’s 2008 polemic, “Two Paths for Fiction”? I suppose we’ll have to wait and see. Old habits die hard, and no doubt the image of Wood as some garrulous snob will take time to effectively dismantle. “When Wood praises, he mentions a writer’s higher education, and their overt high-literary influences, a lot,” Jonatham Lethem claimed here in the Los Angeles Review of Books. “He’s a high priest, handing down sacred mysteries.” I think this is misguided and unfair, as even a cursory reading of The Fun Stuff shows. Bookended by two personal essays on Wood’s love of the drummer Keith Moon and his late father-in-law’s library, this collection is hardly the work of a Critic-as-Bouncer. If anything, Wood appears more personal, more willing to concede to his own limitations (“Sometimes one despises oneself, in near middle age, for still being such a merely good student”) and the contradictions of his profession (“It is exam-silent in the room where I write these words, and how terrible, in a way, is this disjunction between literary expression and the violence of its content!”).

Criticism, like fiction itself, is a paradoxical endeavor. It is always tempted by a need for order. In the book-soaked gloom of his study, the enterprising critic will scan his teeming bookscape, with its shuddering shelves and teetering towers, and go about his systematizing. These systems — and they can be aesthetic, political, sexual — will approach Literature like new management: merging, sacking, restructuring. And for all its achievements, the literary system will ultimately distinguish itself by the writers it leaves at its door (consider, for instance, the poverty of the Leavisite canon). The trick, therefore, is to contain one’s compulsion for wholeness, for systems. “Readers may want to push reconciliation onto a text,” Wood writes, “but this may be just our fantasy of wholeness, not the text’s, which may want to persist in being contradictory.” By sharing that elusiveness, and by engaging in its metaphorical movement, Wood delights in the unsystematic, playful nature of fiction — in the fun stuff.