During a live broadcast, the CNN anchor ducks as an explosion goes off nearby 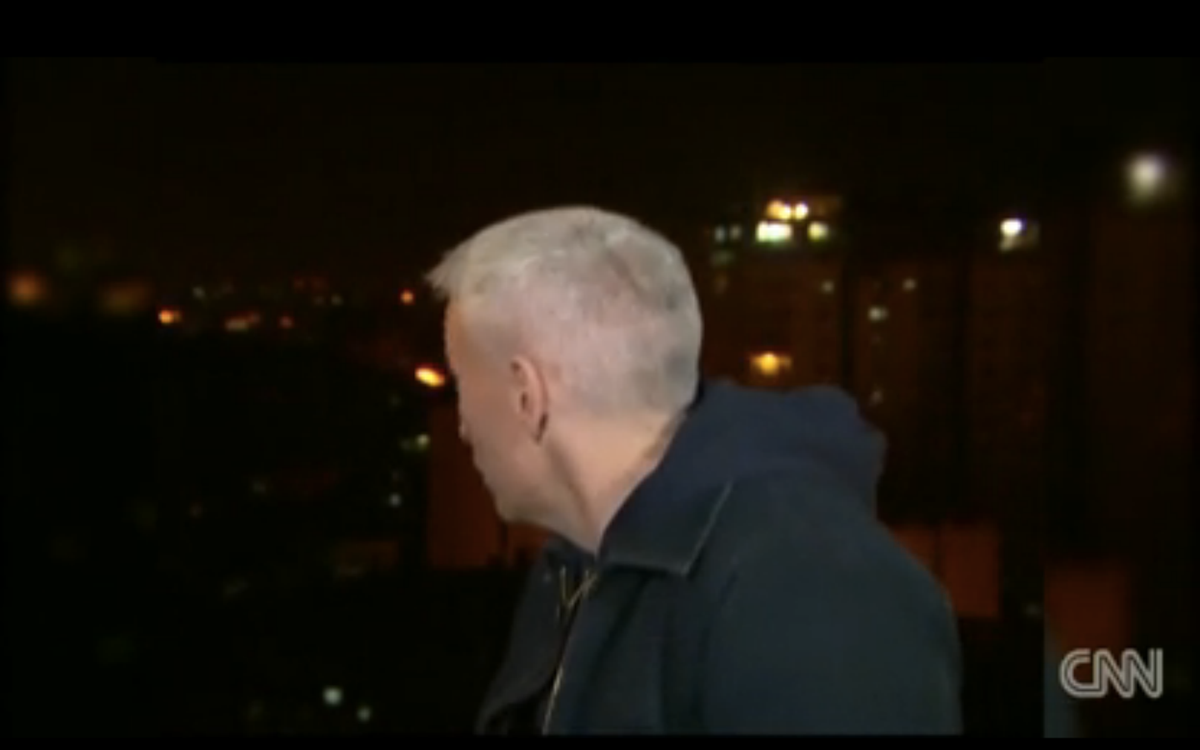 Anderson Cooper, reporting from Gaza City, ducked on-air as an explosion went off nearby, and said it was probably the largest one they've heard in the past hour. Watch: