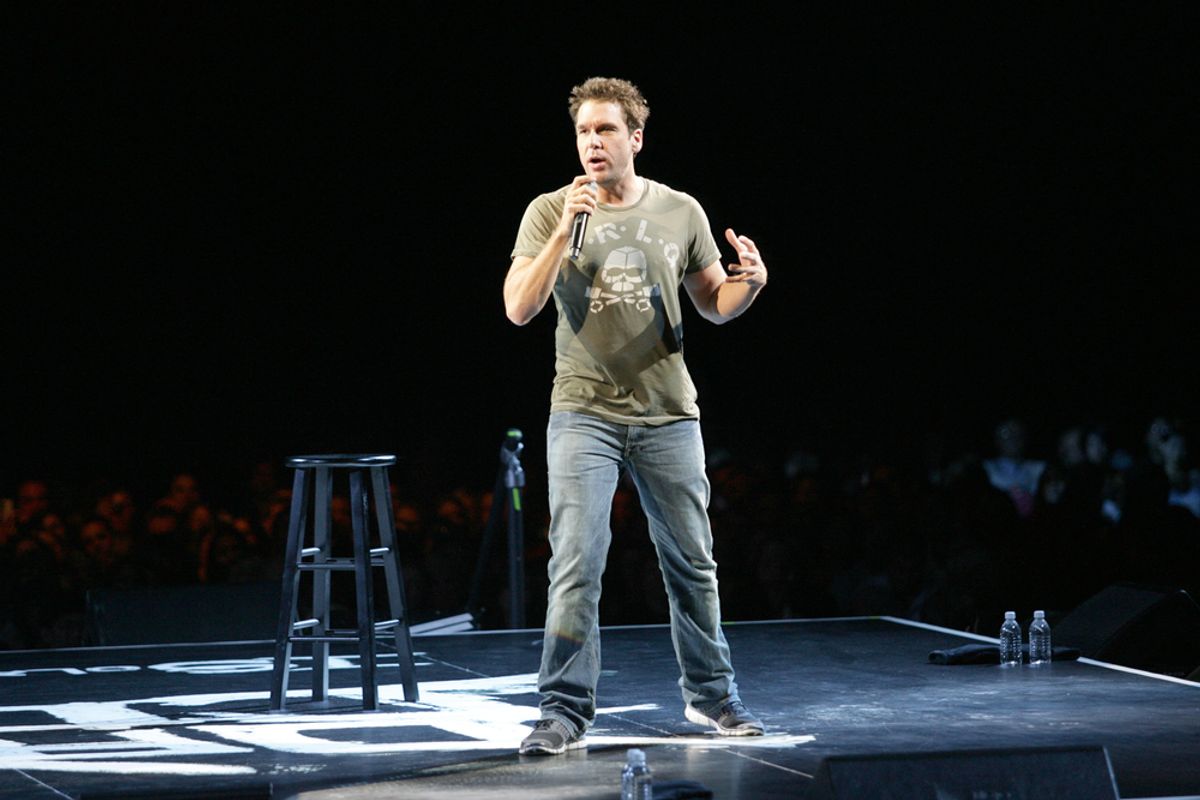 Writer and producer Stephen Falk recently wrote a blog post "from outside a Starbucks in Flagstaff, AZ" to voice his frustrations, aspirations and insights after investing a year on a sitcom for NBC, only to have the plug pulled on it before it ever aired. To be honest, the premise of "Next Caller Please," a gender comedy starring comedian Dane Cook, never sounded too appealing -- but Falk's letter, written with honesty and humor, makes one wish NBC had given it a fair shot. Falk inspires aspiring writers to be persistent, saying, "It’s a hard job to crack into, but if you’re good enough and driven enough, it will happen for you. Don’t give up!" as he lays down the dizzying reality of writing for a television show:

For if you work hard enough, someday you too may work on your own show for a year — from pitch to outline to script to pilot to the triumph of being picked up to series: the Golden Ticket. Then you might move across the country to actually make the show, hire a hundred actors and writers and crew members, and then in the middle of editing the 4th episode, get your show abruptly cancelled via late-night Friday phone call from Los Angeles. Then the fun part: you get to walk in shock back to your office — abandoning the confused editor waiting to lock the episode — and personally call all the actors and writers and crew and inform them the proverbial plug has been pulled and they no longer have a job, sorry.

On working with Dane Cook:

Dane Cook is a natural and the nicest, most easy-going, hard working, ethical guy you could hope to meet — who also happens to live in a house that almost literally looks down on all of us. (I know some people might not like his stand-up, but he’s really good at it. Test your old opinions: go see him at the Comedy Store some night; test your old MySpace-days prejudice). Working with Jeffrey Tambor — an actor who has been in two of Top Ten sitcoms of all time — will probably be the highlight of my career. He is the nicest, most interesting, inquisitive, playful, insightful, smart man around.

Still want to be a writer? Of course you do. Hopefully my tale of woe sounds exciting and like a hard-shell-taco-and-whiskey you’d be happy to swallow (otherwise, quit now). Good. Now go write some more. (I recommend Swork in Eagle Rock if you need a good writing cafe.)

PS: I will brag about something for a second, though. I can now say with certainty: if you ever find yourself in the position to get to put together a comedy writing staff, and then you complain that you can’t find enough funny women… Nay, if you already have a show on the air and you have like 12 guys and 2 women: you didn’t look hard enough. I insisted on having as near even as possible ratio of females to males (not including me they were 5:4), and aside from getting to be smug about it, it just makes for better energy and perspective in the room to have an even gender balance. Do it.