8 bosses who screwed their employees after Obama's reelection 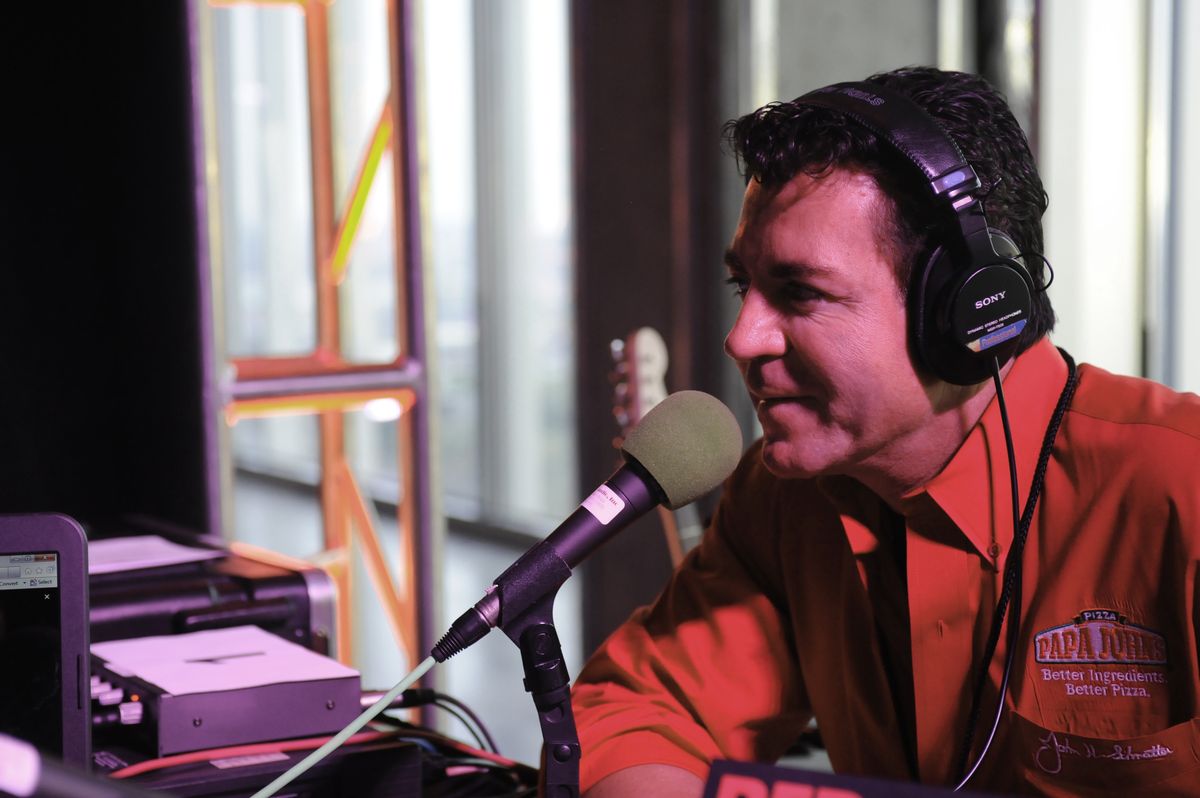 Most of us have had a terrible boss or two in our day, but right now thousands of Americans find themselves with a very special kind of bad boss: one who uses Obama's election as an excuse to threaten to cut their hours, roll back their benefits, slash their wages or fire them outright. Much of this worker abuse centers on the new law that businesses with 50 or more employees must offer workers healthcare options by 2014. Jon Stewart noticed this recent post-election "trend" and issued a strong judgment:

Guys, I get it. Providing healthcare benefits to employees costs money, and as a group you tend to prefer things that do not cost that [money].... But own your layoffs and your policies. Let’s stop pretending that suddenly, with this election, bosses have been transformed into reluctant assholes. Obamacare is just the latest excuse to wriggle out of the social contract [that’s existed] for many years.

Below is a list of some of the employers who are threatening their workers’ job security in the name of Obamacare -- and other bogus Obama-related rationales. (There are a few restaurants you might want to avoid if you care about the health and well-being of low- and middle-class workers.)

John Metz, who owns Hurricane Grill & Wings and dozens of Denny’s and Dairy Queen franchises, has threated to slash his workers’ pay and impose an “Obamacare surcharge” at his restaurants.

"If I leave the prices the same, but say on the menu that there is a 5 percent surcharge for Obamacare, customers have two choices. They can either pay it and tip 15 or 20 percent, or if they really feel so inclined, they can reduce the amount of tip they give to the server, who is the primary beneficiary of Obamacare," Metz told the Huffington Post. "Although it may sound terrible that I'm doing this, it's the only alternative. I've got to pass the cost on to the consumer."

Terrible, yes. The only alternative, not so much.

Darden Concepts, the parent corporation of Red Lobster and Olive Garden, may start using more part-time workers who would likely not be eligible for employee-sponsored health insurance plans, according to Salon’s Natasha Lennard, who cites a report by MSNBC’s Ned Resnikoff:

[T]he company overall could come to rely more on part-time workers. Those new employees would likely not enjoy the same health benefits that all employees currently do. “Today we offer health care to all of our employees,” said Rich Jeffers, [a spokesperson for Darden]. But under the Affordable Care Act, which sets minimum standards for the health care being provided, “we can’t offer that.”

It’s appalling that Darden would cut health insurance offerings in response to a law that should boost healthcare coverage, but it's not all that surprising; Darden has a long history of terrible labor practices.

3. Papa John’s CEO plans to slash workers’ hours so he doesn’t have to cover them.

Like Darden, Papa John’s has a horrible labor track record (it's one of the nation’s 50 biggest low-wage employers), and its CEO would rather cut employees’ hours than comply with the Affordable Care Act rules. ABC reports that CEO John Schnatter said he wants all his employees to have health insurance, but “it was likely that some franchise owners would reduce employees' hours in order to avoid having to cover them.”

Laura Clawson of the Daily Kos has some strong words for Schnatter and his ilk:

You know who I don't take seriously when they say they really want everyone to have health insurance and it's a shame Obamacare isn't the right way to insure more people? People who run businesses where only a third of workers are insured.

That’s right, even now, Papa John’s only insures one in three of its employees. Hard to take a guy like that too seriously when he talks about insuring workers.

Schnatter also says he’ll increase the price of his pizzas by 10 to 14 cents to cover Obamacare-related costs -- though it appears that the cost should really only go up by 3 or 4 cents per pie. I don’t know about you, but I would gladly pay an extra 4 cents (hell, even 14 cents, if that’s what you say, Mr. Schnatter!) if that meant the person making my pizza wasn’t getting screwed out of affordable healthcare access.

Zane Tankel, the CEO of Applebee’s New York restaurants, is another so-called “job creator” who’s threatened to fire employees and freeze hiring. As he told Fox Business News, “We’ve calculated it will be some millions of dollars across our system. So what does that say — that says we won’t build more restaurants. We won’t hire more people — exactly the opposite of what the president says.” Sorry, but that’s on you, Mr. Tankel.

When asked if he would start relying more heavily on part-time workers, he said, “I’m sure all our people are watching this right now, so I don’t want to make any commitments one way or another. I just want to say we’re looking at it, we’re evaluating it, if it’s possible to do without cutting people back, I’m delighted to do it. But that also rolls back expansion, it rolls back hiring more people, and in a best-case scenario we only shrink the labor force minimally.”

5. Small business owner in Georgia says he fired workers who voted for Obama.

The Huffington Post reports that a man identified as the owner of an aviation services company told CSPAN he had fired two full-time employees and cut other workers’ hours to avoid covering them under Obamacare.

“Yesterday I called all my part-time employees in and said because Obama won I was cutting their hours from 30 to 25 a week so I would not fall under the Obamacare mandate,” said the man, who identified himself only as Stu. “I had to lay two full-timers off to get under the 50-person cap.”

But even worse, he said, “I tried to make sure that the people I had to lay off voted for Obama.”

If true, that’s not only immoral, it’s illegal. So we certainly hope not.

Another business owner who chose only to identify himself by his first name (I wonder why?) called into a Las Vegas radio station saying he had fired 22 of his 114 workers after it became clear that Obama had won re-election. Here’s what he said, via the local CBS affiliate:

“I explained to [my employees] a month ago that if Obama gets in office that the regulations for Obamacare are gonna hurt our business, and I’m gonna have to make provisions to make sure I have enough money to cover the payroll taxes, the additional health care I’m gonna have to do, and I explained that to them and I said you do what you feel like in your heart you need to do, but I’m just letting you know as a warning this is things I have to think of as a business owner.”

“Well unfortunately, and most of my employees are Hispanic — I’m not gonna go into what kind of company I have, but I have mostly Hispanic employees — well unfortunately we know what happened and I can’t wait around anymore, I have to be proactive. I had to lay off 22 people today to make sure that my business is gonna thrive and I’m gonna be around for years to come. I have to build up that nest egg now for the taxes and regulations that are coming my way. Elections do have consequences, but so do choices. A choice you make every day has consequences and you know what, I’ve always put my employees first, but unfortunately today I have to put me and my family first, and you watch what’s gonna happen.”

He also said that while he would “never tell them which way to vote,” he “did explain as a business owner that I have always put my employees first.”

By firing them? Right. Okay.

David Siegel, who built himself the largest house in the country (and then lost it rather spectacularly, as depicted in the documentary The Queen of Versailles), is another rotten business owner who threatened his workers in the weeks leading up to the election.

In early October Siegel sent a letter to the employees of his Florida-based company, Westgate Resorts, warning them that if Obama won, their jobs would be in jeopardy. Here’s one choice excerpt, via Gawker:

In spite of all of the challenges we have faced, the good news is this: The economy doesn't currently pose a threat to your job. What does threaten your job however, is another four years of the same presidential administration. Of course, as your employer, I can't tell you whom to vote for, and I certainly wouldn't interfere with your right to vote for whomever you choose. In fact, I encourage you to vote for whomever you think will serve your interests the best.

However, let me share a few facts that might help you decide what is in your best interest.

In short: I’m not telling you who to vote for; I’m just saying that if you vote for Obama in this swing state, you can kiss your job goodbye!

It’s worth noting that, according to Gawker, “Siegel has publicly claimed credit for George W. Bush defeating Al Gore, saying ‘I had my managers do a survey on every employee [8,000 total]. If they liked Bush, we made them register to vote. But not if they liked Gore.’”

What’s worse, Siegel’s letter wasn’t even original; it was adapted from a chain email that had been going around for years. It is, however, hilarious in its Evil Villain tone. You should really read the whole thing.

8. Coal company lays off 160 workers because of Obama’s “war on coal.”

Coal company Murray Energy announced the Friday after the election that it had laid off 160 of its workers because the majority of voters cast their ballot "in favor of redistribution, national weakness and reduced standard of living and lower and lower levels of personal freedom."

Here’s more of the statement from CEO Robert Murray, via CNN:

"The American people have made their choice. They have decided that America must change its course, away from the principals [sic] of our Founders," Murray said in the prayer, which was delivered in a meeting with staff members earlier this week.

"Lord, please forgive me and anyone with me in Murray Energy Corporation for the decisions that we are now forced to make to preserve the very existence of any of the enterprises that you have helped us build."

The Lord may forgive him, but if I were Robert Murray I’d be more worried about my newly out-of-work employees forgiving me for axing their jobs.

Even before Obama was re-elected, Murray closed an Ohio plant, blaming the Obama administration’s "war on coal."