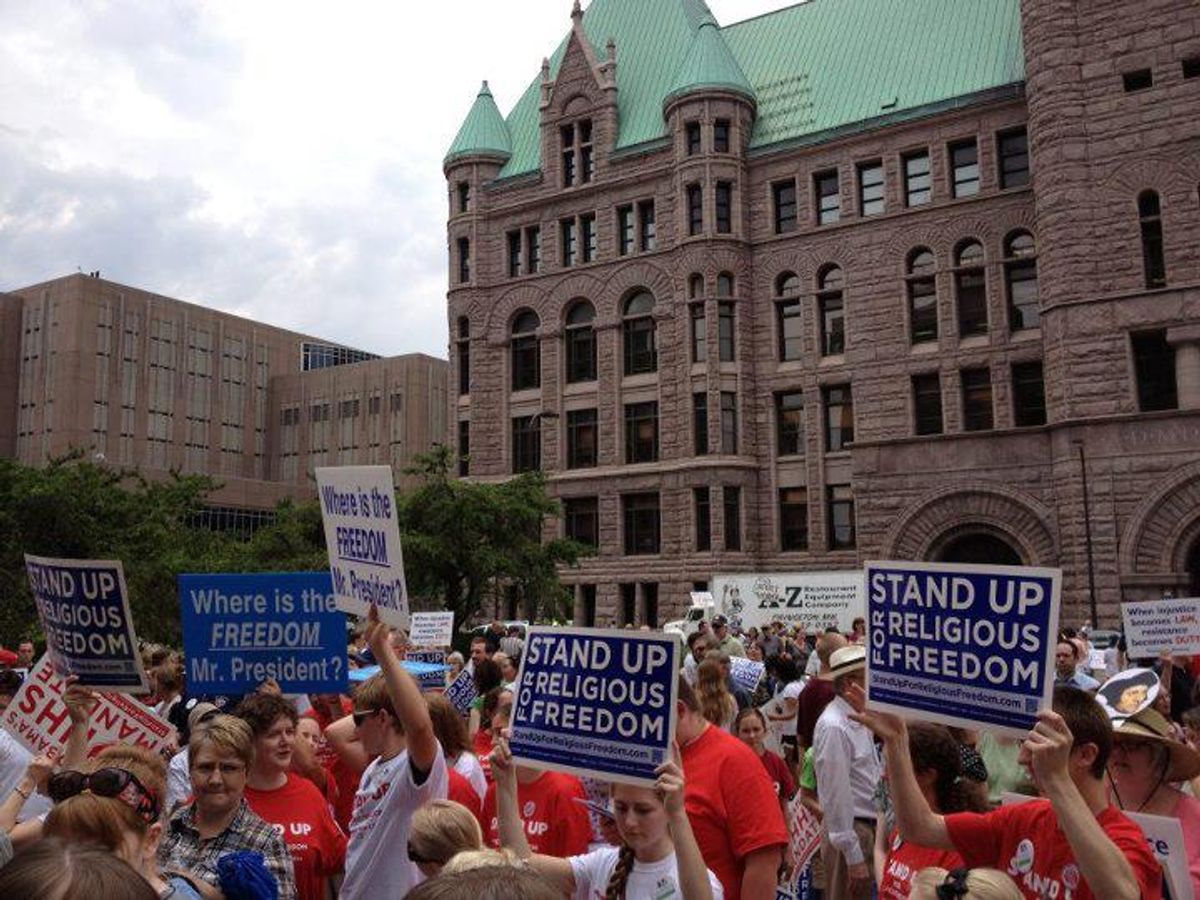 The conservative legal group Alliance Defending Freedom is advising clerks in Maine, Maryland and Washington how they can avoid issuing newly legal marriage licences to gay couples, so they can "perform their job without violating their conscience."

The ADF, formerly known as the Alliance Defense Fund, sent out legal memos to municipal clerks in the three states, which each legalized gay marriage on Election Day, telling them that they “can readily resolve this potential religious conflict” and avoid issuing the marriage licenses themselves, instead delegating to those who don't have such objections.

“No American should be forced to give up a constitutionally protected freedom, nor should any American be forced to give up his or her job to maintain that freedom,” said ADF senior counsel Austin R. Nimocks. “Religious freedom is paramount to every American, including those issuing marriage licenses. They can perform their job without violating their conscience.”