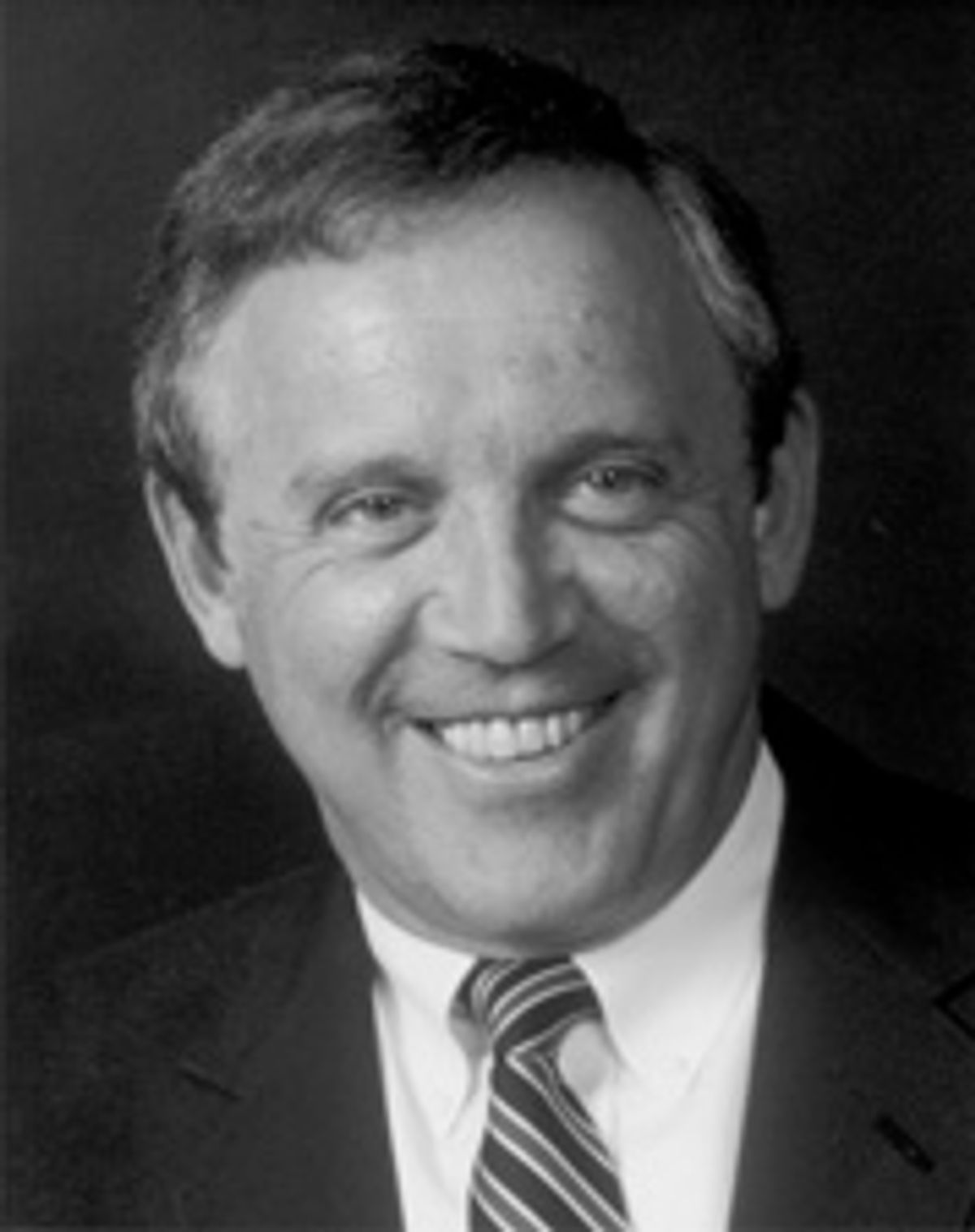 CONCORD, N.H. (AP) — Former Sen. Warren B. Rudman was known for his abrupt, no-nonsense manner and one who gave advice freely during his 82 years.

New Hampshire Congressman Charlie Bass didn't serve with him, but looked up to Rudman, who died Monday.

"He'd say, 'Vote the tough way,' and he'd say, 'Don't let people push you around,'" Bass recalled. "'If you know what's right, vote the way that's right, and if you're forceful and persuasive and sure of yourself, people will support you even if they don't agree with you.'"

Rudman, who co-authored a ground-breaking budget balancing law, championed ethics and led a commission that predicted the danger of terrorist attacks years before 9/11, died just before midnight Monday at a Washington, D.C., hospital from complications of lymphoma, said Bob Stevenson, a longtime friend and spokesman.

Stevenson acknowledged Rudman could be abrupt, but his peers respected him because he did his homework and was true to his word.

"He was a bulldog in the Senate. He set the standard for independence," he said.

The feisty New Hampshire Republican went to the Senate in 1981 with a reputation as a tough prosecutor, and was called on by Senate leaders and presidents of both parties to tackle tough assignments.

He is perhaps most well-known from his Senate years as co-sponsor of the Gramm-Rudman-Hollings budget-cutting law. He left the Senate in 1993, frustrated that the law never reached its potential because Congress and presidents Ronald Reagan and George H.W. Bush played politics instead of insisting on spending cuts.

"People are willing to risk their lives for their country in times of war," he said at the time. "They ought to be able to risk an election in a time of economic trouble."

"He wasn't extreme one way or the other, except for the good of the country," said Hollings from his South Carolina office. "He was balanced. That's what we need."

In 2001, before the 9/11 attacks, he co-authored a report on national security with former Colorado Sen. Gary Hart that said a major terrorist attack on American soil was likely within 25 years.

"No one seemed to take it seriously, and no one in the media seemed to care," Rudman said in 2007. "The report went into a dustbin in the White House."

It was revived after the Sept. 11 attacks, and one suggestion, forming a Homeland Security Department, was adopted. Six years later, Rudman said the sprawling department wasn't functioning well and the country would be hit again.

A former New Hampshire attorney general, Rudman was named chairman of the Senate Ethics Committee in 1985, a sensitive job that many colleagues avoided.

Throughout his Senate career, Rudman was cited for his work on the Defense Appropriations subcommittee, where he supported a strong national defense but opposed expensive, high-tech weaponry.

The Gramm-Rudman-Hollings Act was approved in 1985. It was designed to end federal deficits by 1991 and required automatic spending cuts if annual deficit targets were missed.

Congress rolled back the timetable each year, and the 1991 budget that was supposed to be balanced carried the second-highest deficit in history. In 1995, 10 years after the law went on the books, Rudman lamented what could have been.

He said balancing the budget would require making wealthy retirees pay more of their medical costs, slowing the growth of discretionary spending, cutting waste in some agencies and eliminating unnecessary agencies.

He continued the fight after leaving the Senate. He and former Democratic Sen. Paul Tsongas of Massachusetts founded the Concord Coalition, which campaigns for a balanced budget.

During the biggest scandal of the Reagan years, Rudman, an outspoken member of the Senate's Iran-Contra Committee, said key administration officials had showed "pervasive dishonesty" and disdain for the law by selling weapons to Nicaraguan rebels.

During the 1987 hearings, he lectured Marine Lt. Col. Oliver L. North, the operation's key figure, about helping to hide the sale from Congress for fear it would have been rejected.

"The American people have the constitutional right to be wrong," he told North. "And what Ronald Reagan thinks or Oliver North thinks or what I think or what anybody else thinks makes not a whit."

Rudman also served on the committee that investigated the "Keating Five," senators with ties to the savings and loan debacle in 1991. The committee found California Democrat Alan Cranston had improperly aided former savings and loan executive Charles Keating Jr. When Cranston said he only did what others did, Rudman called the defense "arrogant, unrepentant and a smear on this institution."

With no experience in elective politics, Rudman arrived in the Senate by winning an 11-candidate primary in 1980, then defeating Democratic incumbent John Durkin.

As a private citizen after leaving office, he founded and led the Citizens Alliance Against Casinos in 1977, to keep casino gambling out of New Hampshire.

After Rudman left the Senate in 1993, President Bill Clinton appointed him vice chairman of the influential President's Foreign Intelligence Advisory Board.

He also led or was a member of investigative teams or federal commissions that looked into:

— Allegations that major dealers on the Nasdaq stock market colluded to fix prices.

— Violence between Israel and Palestinians.

— Ailments affecting veterans of the first Gulf War. The panel drew criticism from veterans' groups by concluding that stress was the most likely cause of some illnesses suffered by thousands of veterans, not exposure to chemical warfare or smoke and dust from depleted uranium ammunition.

He confessed that he voted to confirm Clarence Thomas to preserve his ability to influence the appointment of federal judges and to get federal money for his home state, despite his belief that Thomas wasn't "even close to being" the best candidate for the job.

"It isn't a vote I'm proud of, but it's a textbook example of how our system works," Rudman wrote in "Combat: Twelve Years in the U.S. Senate."

Thomas won confirmation in 1991 by a 52-48 vote after a showdown hearing with former colleague Anita Hill, who accused him of sexual harassment.

"If my vote had been the deciding one, I would have voted against Thomas, no matter what the consequences," he wrote. "But once it was clear that he would be confirmed, I made a political decision."

Rudman also wrote of another Supreme Court nomination that was much closer to his heart, that of his long-time friend and former deputy in the state attorney general's office, David Souter.

He wrote that the very private Souter appeared ready to walk away from the nomination before confirmation hearings because he was being portrayed in news stories as a weirdo or possibly gay because he was 50, single and lived in a little farmhouse crammed with books.

"Finally, I grabbed his shoulders," Rudman wrote. "'David, I know what you're going through,' I declared. 'It's outrageous what they're doing to you. But it's your destiny to serve on the Supreme Court. I've believed in that for a long time. Don't let them get to you.'"

After five hours of emotional conversation, Souter decided to push on.

Souter said Rudman was like a brother to him.

"A man is incomparably lucky to have had a friend that close who stood for what the founders of the American republic staked its future on," Souter said in a statement Tuesday.