As Paula's life unraveled, I couldn't stop watching the posts. I felt so bad for her -- and better about myself 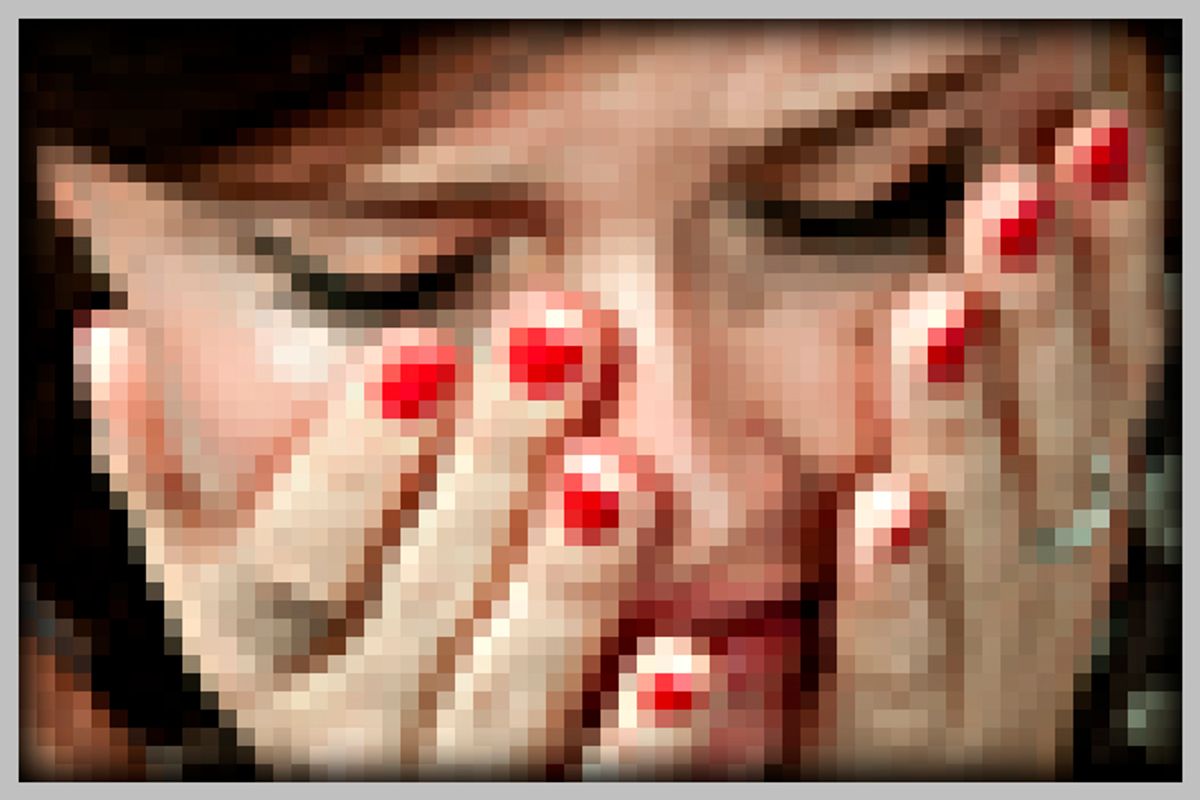 This is a story about a woman named Paula. That’s not even her real name, and my instinct was to call her “girl” because that’s how I remember her: a sturdy, pale girl with greasy, straight-cut bangs and glasses and grey teeth.

Paula and I were never friends, even though we went to middle school together. She was poor (never mind that I, too, was poor), and she didn’t wear the right clothes (never mind that I didn’t, either), and if she wasn’t stupid, it was somehow implied that she was stupid, or that her future was less bright than the rest of our classmates'. It was never talked about, but it was there; it was apparent in the way that everyone ignored her and in the way that she shuffled sullenly from class to class.

And that’s where I would have left her if this story took place 15 or 20 years ago. I wouldn’t know Paula at all today. She’d be forever lost in the shadows of youth, a plump ghost who once ate with me in the small, cramped cafeteria of our middle school.

Instead, Paula and I are “friends” now because we use the same website that millions of other people use. She recognized my name and my hometown. We had a few mutual friends. She requested my friendship. I haven’t spoken to Paula in years, and I probably never will again, but in some ways I know Paula, or at least feel that I do. I have pieced her together from the bits and bobs of her world that she leaves for me to gather. After we connected on Facebook, I began watching her life; I began creating some version of her that seemed just as real to me as that plump girl with greasy bangs. And as Paula’s life fell apart, I couldn’t stop watching.

Around the time Paula and I became friends, I noticed that great things had started happening to other people. It wouldn’t be so bad, except they tell me about it all the time, their posts like unwanted love notes left behind by ex-lovers. Modernity has made it so easy to share: who you’re with, what you’re doing, why you’re the best. Everyone else’s food looks so good when they post about it (never mind that it all turns to shit).

Suddenly, I was congratulating my friend on the purchase of her three-bedroom home. Then I was writing heartfelt comments to someone I had met only once – at a party, was it? She was pregnant. “You look radiant!” I said because that’s the type of thing you tell someone who gets knocked up on purpose.

I didn’t and couldn’t compare. (Though it seemed the ruler I used to measure was always slanted in my opponent’s favor.) I am underemployed, and I hadn’t succeeded in meeting those goals I had set for myself before I started the actual business of living – marriage, children and, most important, career. But then I compared myself to Paula.

It wasn’t a single photo, or album, or post that ignited my obsession with Paula, but I found myself checking her page daily. I noticed that she deletes her posts every few weeks. Not all of them, just some of them. Like the post where she announced, one summer day, that her child is very sick, something is wrong, she doesn’t know what to do -- should she take him to the hospital?

“Yes,” someone wrote in the comments section as I watched, rapt, my fingernails chewed into ragged nubs. “Take him to the ER immediately.”

The message was curt and it struck me as decidedly unfriendly. Possibly rude. I wondered if Paula noticed. I clicked the refresh button frantically like I was Jesse Eisenberg in the last moments of that Facebook movie -- like my very happiness depended on it. But Paula didn’t respond. Later she posted that her son was OK. "He’s fine," she said, but she took down that post, too.

Over time, I saw her life deteriorate in other ways. There were the posts where she counted down until her husband’s release from prison. “Hubby is doing good 208 days,” one said. Or the post where she announced they were shutting down her phone too – "too" because what she wasn’t saying was that everything else had been shut off. And there were the grainy photographs where she sat grimly looking ahead while the kitchen clock on the wall passed time behind her. No smile, no frown, no apologies, like the cops were waiting to come knocking and this photo was her self-chosen mug shot.

As I watched her misery unfold, a strange thing started to happen to me. It wasn’t pretty, and it wasn’t nice, and it wasn’t something I could talk about without feeling the tight noose of judgment around my own neck. I began to feel good. I began, even if only for those few minutes spent checking her page, to stop doubting my own life. It was Facebook Schadenfreude. I had it bad.

There is a distinct difference between the profile updates from someone you know and someone you simply watch on Facebook. The profiles of people you know are the ones that merit interaction – a thumbs up, a wall post, a picture tag. The people you watch, the ones who are friends in namesake only, are no longer people, not really. They are characters, caricatures. Their updates become fuel for the imagination, clues to their otherwise private lives. And from these clues, you can posit new identities for them. Those people are cool, those ones are happy, those ones are train wrecks.

When Paula found out she was pregnant with her third child, she wrote, “yes im having another baby yay!!!! so excited so sad with all the drama:(.” (sic)

What drama? I wondered. In the comments, I found a clue. Her husband had asked, “why is that everyone thinks we need a lot of money to have a baby. well I hate to tell everyone that’s not true. im going to prove it to everyone.” (sic)

In time, I began inventing details about Paula. Her profile didn’t say much. In her “About” section, she wrote “NA” for work, as if it simply didn’t interest her. So I became a cobbler of her life, stitching together an imagined tapestry from her poorly typed messages and grainy photos. She was married with three children. Her husband wasn’t around; he was in jail for a crime only committed by fools. She was on welfare, food stamps and subsidized housing. (She wasn’t “poor” the way my friends talked about it: not enough money for holidays, fancy dinners or organic groceries.) She was desperate and lonely, and headed nowhere fast.

I began talking about Paula with my real friends. It bothered me that her real friends (whoever they were) rarely commented on her posts, even when they sounded urgent.

“Debating wether 2 go 2 the hospital or not in alot of pain,” (sic) she announced. Apparently she was having gastrointestinal issues. She’d gone to the doctor, and she had to have a procedure -- “an endyoscope i think its what its call,” (sic) she wrote. Then there was silence. No one responded, not a thumbs-up, not a hope-you-feel-better, nothing. A week later she asked, “Question anyone know how someone can get colituse and what r the symtoms and how do they cure it” (sic). She received only one trite response: “You should see a specialist if you or someone you knows think you have it. Its not cured like a cold at home.” (sic).

I didn’t respond to this post or any of her others. I didn’t feel comfortable offering her advice. It felt intrusive, like showing up on her doorstep unsolicited with a box of canned goods and elbowing my way into her home after a decade of silence. After all, who was I – a woman she barely knew – to comment? It felt too obtrusive, too intimate. But that didn’t keep me from turning her into an object of my pity.

“Has it occurred to you that Paula feels the same way about you?” my friend asked one night drunkenly over our second bottle of red wine.

It had not occurred to me. What did Paula even know about me? I went home and took grim inventory of my own Facebook account. I posted rarely -- the occasional article worth reading, the smattering of published works I’ve created, the random photo. My profile spoke mostly to travel, an identity I’ve conjured up in an effort to stem the fear of sticking around in one place too long, of committing myself to something or someone indefinitely. The photo of me petting a cheetah in South Africa said, “I laugh at danger”; the photo of me walking on a glacier in South America said, “I am an explorer similar to, though possibly better than, Magellan,” and the photo of me sipping wine in some unnamed foreign country suggested, “I do worldly things. I am worldly.” It was the identity I wanted, even if it was an identity I had not actually earned.

And if it weren’t for Facebook, I couldn’t so easily cultivate this identity. People certainly wouldn’t guess it by looking at me. “Oh she is very well-traveled. Do you see the way her hair curls at the ends? Cosmopolitan all around.” I honed this image, and this happened all the time. Once, at a party, I watched a girl commandeer a hapless passerby into taking her picture. “I’m going to pretend to be annoyed. Take my picture,” she demanded, raising her lip in a sneer that suggested, “Even when I’m annoyed I’m still really cute.” She posed for dozens of photos, her face twisting from joyous to bewildered to angry to sad. It was a photo shoot – she would later post the photos on Facebook -- to show the world she was having fun. That was just who she was: someone who loved fun.

Maybe I don’t need to tell you this. Maybe you’ve seen it all before on your own Facebook feed: the girls posting selfies, their breasts toppling out of the confines of tight t-shirts, their faces plastered with fish-lips-cum-sex-pot death-stares, the captions to their photos designed before the picture was even snapped. They seek admiration and approval, and they long for a connection with others. Paula doesn’t flaunt it in the same way, but she craved attention and connection that reached beyond the keyboard, too. The dark side of me – the side I share only with those who have pledged their unconditional love – thought she was too stupid to notice that her life looked like a condemned building and that the wrecking ball was coming swinging.

But maybe, maybe I’m wrong. Maybe Paula – Paula, whose suffering made my own life seem blissful – was strong enough not to care what other people thought.

Madeline Grimes is a writer (and traveler) based in Brooklyn. Her website is www.madelinegrimes.com.