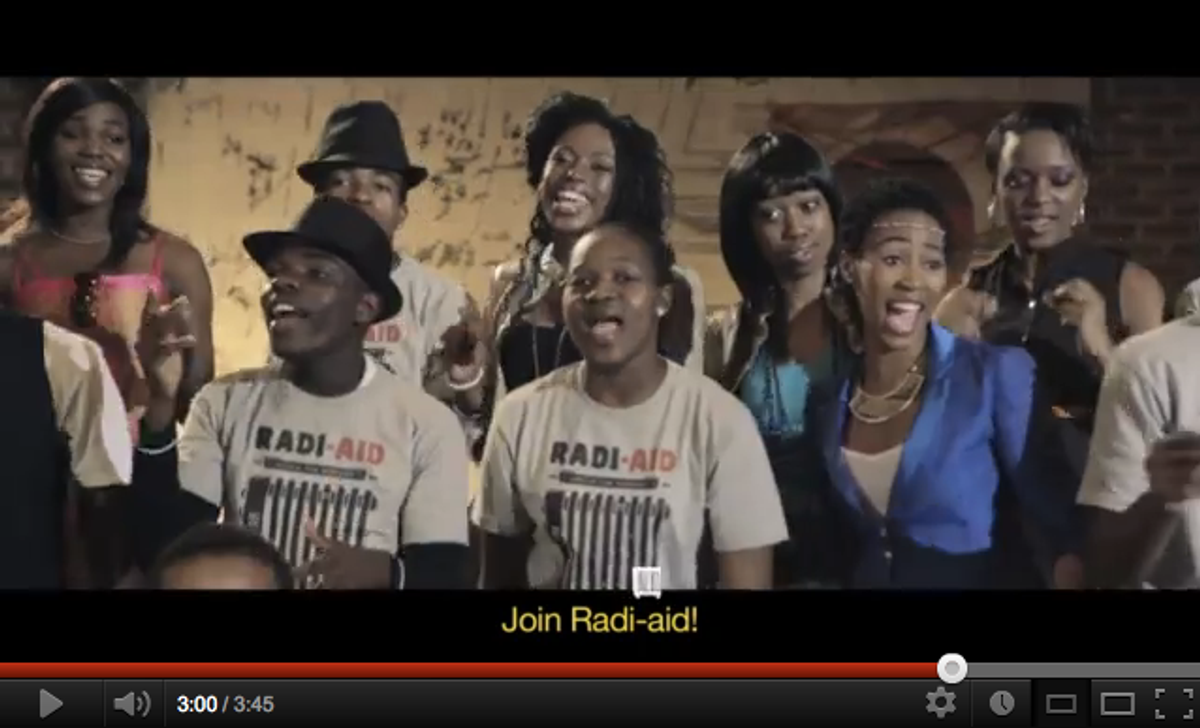 Remember Band-Aid, the 1984 supergroup responsible for "Do They Know It's Christmas?," the song that taught the world Africa is a place "where nothing ever grows, no rain or rivers flow?" (Really, no rain? Toto would disagree.) Well, it's been 28 years and Africans are ready to repay the favor -- with another power ballad.

Enter: Radi-Aid, a campaign to send radiators to frostbitten Norwegians. Watch as a rapper called Breezy V explains the perils of sub-zero temperatures, and let's Africans know that they have the power to help:

Imagine if every person in Africa saw the “Africa for Norway” video and this was the only information they ever got about Norway. What would they think about Norway?

The truth is that there are many positive developments in African countries, and we want these to become known. We need to change the simplistic explanations of problems in Africa. We need to educate ourselves on the complex issues and get more focus on how western countries have a negative impact on Africa’s development. If we want to address the problems the world is facing we need to do it based on knowledge and respect.

And as for those poor Norwegians? Take heart, the radiators are in the mail.