The singer postpones tour dates to say goodbye to her best friend, and writes a beautiful letter explaining why 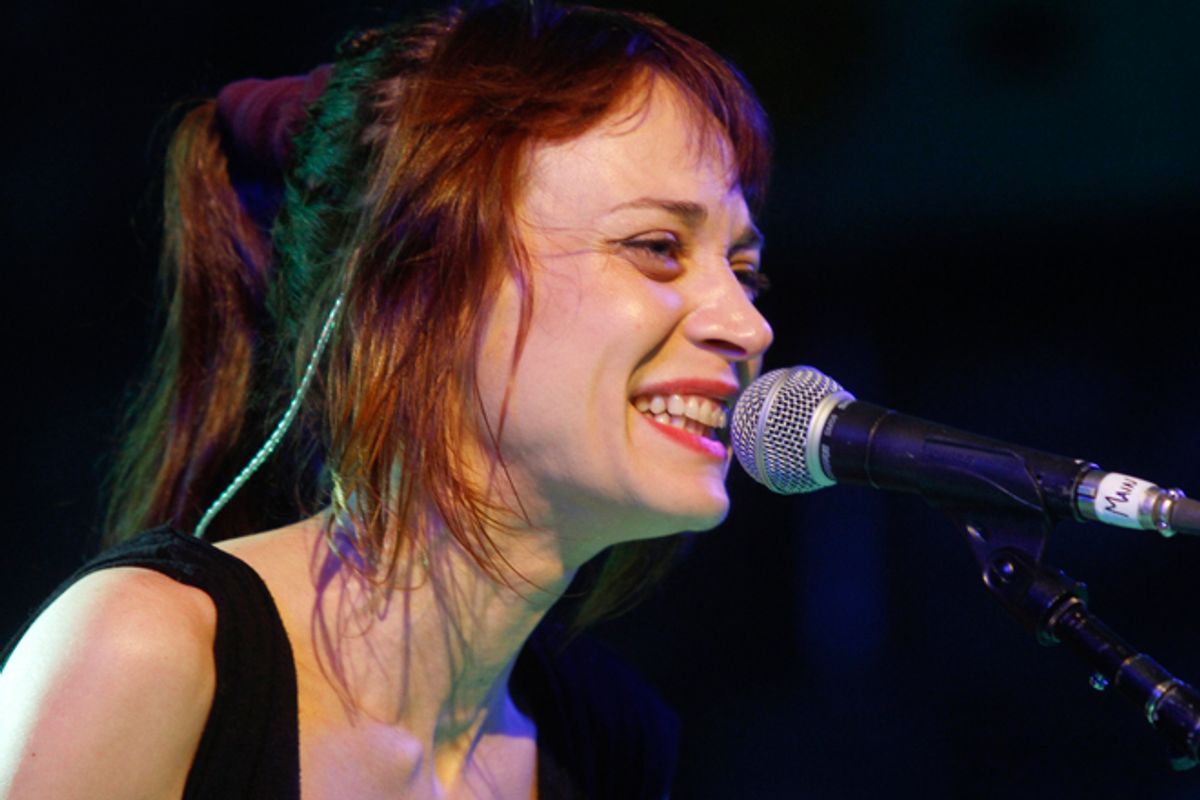 If you've ever loved an animal, you know. You know, because you've probably lost one. Watched that funny creature who drove you crazy and destroyed your clothes and had bad breath and was so damn happy whenever you walked through the door slow down. You saw her reject her food, and heard her make strange, sad sounds you'd never heard before. And then one day you had to take her to the vet, knowing she wouldn't come home, or you came in from work and found her there in her favorite spot, quiet and still. That's why, whether you're a fan of Fiona Apple's music or not, you likely understand all too well her request to her fans "to change our plans and meet a little while later."

On Tuesday, Apple, a woman never at a loss for words, posted a copy of a four-page, handwritten letter on her Facebook page. In it, she explained her decision to postpone the South American dates of her current tour to be with her dog as she nears the end of her life.

In her letter, Apple tells the story of Janet, the pit bull she found as a puppy in the Los Angeles neighborhood of Echo Park almost 14 years ago, "with a rope around her neck, and bites all over her ears and face." In the years since the 21-year-old Apple found her, "Janet has been the most consistent relationship of my adult life, and that is just a fact ... She accepted my hysterical, tearful face into her chest, with her paws around me, every time I was heartbroken, or spirit-broken, or just lost … She was under the piano when I wrote songs." Now, Janet has Addison's Disease and a tumor in her chest, and, as Apple explains, "I'm afraid she'll die and I won't have the honor of singing her to sleep, of escorting her out." So Apple is staying where she is to be near her old friend at the end.

Even within our traditionally troll-filled online culture, on Facebook and elsewhere, Apple's letter has been met with near universal support and an outpouring of candid, deeply moving stories of similar love and loss. "I just lost my best friend this year," writes one Facebook poster, while another explains, "They are not pets, they are our family."

Not every person has the luxury of taking time off from the obligations of work to stay by the side of a dying companion. Then again, not every person has a South American tour to completely reschedule, and a formidable group of managers and bean counters no doubt flipping out over her plans. But whether we're office drones or Grammy winners, as Apple says, "the choices we make … define us." And this is a choice to do the unexpected thing -- to not be business as usual, show must go on. To be a friend.

One of the hardest things about the time before a death and the grieving period after – whether it's the loss of a person or an animal – is the way that life and its demands keep going, all around you, all the time. It's tremendously difficult to step out of that rhythm, to give space and respect to the process. Apple writes, "I wish we could appreciate the time that lies right beside the end of time." That's what her decision represents, and that's a decision that doesn't always get a lot of support out there. Earlier this year, my friend Laura Fraser wrote beautifully of how she felt rushed through the grieving process for her own mother. We get even less latitude when it's "just" a pet. Yet that time beside the end of time – on either side of it -- is precious. It's hard and exhausting but it's also crystalline in its simplicity and beauty.

Our animals give us so much. They teach us how to be loyal and playful and how to appreciate the warmth from a pane of sunlight in the late afternoon, or the cool of a breeze through a car window. In the end, what we can give them is what Apple describes as the feeling of being "comfortable, and comforted, and safe, and important." The way they've make us feel their whole sweet, short lives.