Shahin Najafi: No fatwa will stop me

Three ayatollahs placed a bounty on his head. But in a Salon exclusive, the Iranian rock star says he's unafraid 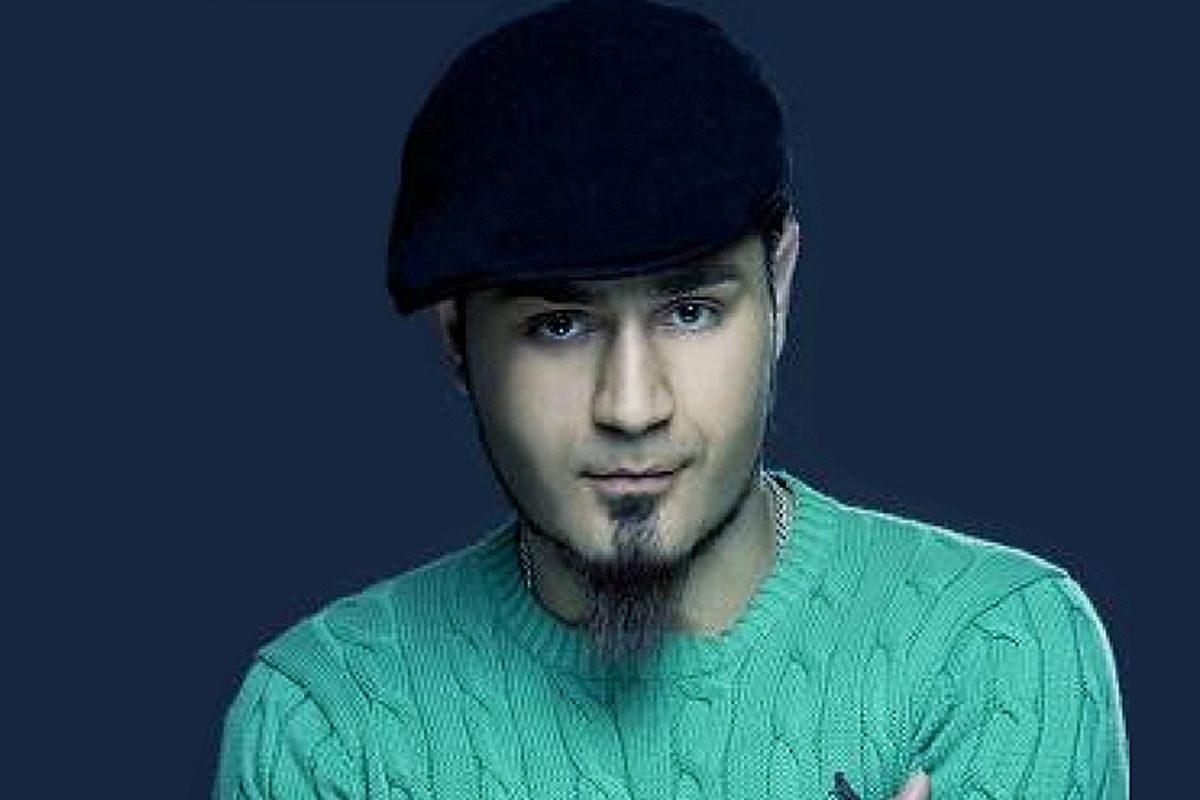 You can’t know what to expect when you try to interview someone who is actively dodging assassination. I ring the doorbell. No answer. I try again, then knock. Nothing. The location of our meeting was only revealed to me last night. I double-check the address.

I text the person who arranged the meeting and she tells me to wait. Two minutes later, the door opens and a man edges out cautiously. He is wearing thick framed glasses, baggy Iranian-style pants, and a short-billed beanie. His name is Shahin Najafi. Last May, at least three ayatollahs called for his execution after he released a song they interpreted as insulting to Shia Islam’s 10th Imam. To sweeten the deal, a regime-controlled website offered $100,000 to whoever pulled the trigger. He invites me in and pours me tea.

“Of course I’m scared,” he says. After the first fatwa in May, Najafi hid out near Cologne, Germany, under police protection. In late September, he came to a city he thought was safer: Berkeley, Calif. Here, he still goes out in costume, and only under the watchful eye of his manager, but he believes the odds of assassination are far slimmer.

“The regime has more power in Europe,” he says. “They have agents.” Video footage posted to YouTube (and quickly removed) of masked men threatening to kill him harked back to a not-so-distant past when — as late as the 1990s — Iranian oppositionists were being assassinated in Europe.

“A lot of the nights, when I was sleeping by myself in my house, I would fall asleep facing the door, and I’d dream that somebody would walk in and cut my throat with a knife,” he says. But he refuses to go the way of Salmon Rushdie. The author of "The Satanic Verses" famously spent nine years in hiding after a fatwa from Ayatollah Khomeini calling for his death. Rushdie, Najafi says, “could sit at his home and write” after the fatwa. “I am a musician. I have to perform.”

That is why he came to Berkeley — to kick off a tour called “Alive,” in which he will play before an audience for the first time since the fatwas. “They wanted to intimidate me and people who come to my concerts,” he says. “We are here to say that nothing has changed. Like before, I am just going to continue with my work.”

Najafi is probably the most incendiary Iranian musician there is. His songs take on issues like sexual freedom, women’s rights, the sanctity of virginity, government corruption, rape in prison, and the rule of mullahs. In the track that earned him the fatwas, Najafi raps over his own beatboxing and calls for the return of the 10th Imam, Ali al-Hadi al-Naghi, over a millennium after his death. It’s unclear how, exactly, his opponents interpreted the song to insult the Imam, but the lyrics bemoan what Najafi sees as the problems of Iranian society: “dissolute men,” “sanctions,” “empty slogans” and women’s lack of sexual choice. He hits one taboo after the other — the cover of the album is a mosque dome shaped as a breast with a gay pride flag flying from the top.

His “first wish,” he says, is for democracy in his country. “But not through war. Not with a bloody revolution.” He says his art for him “is more important than my opposition to the Islamic Republic. But more important than that is my honor. If I see something wrong that is happening in my country, my honor forces me to address it in my art.”

No Iranian musician before Najafi has received a fatwa of death, but music has been a sensitive topic in Iran since the Islamic Revolution in 1979. In the two decades following the birth of the Islamic Republic, almost every type of music was banned, including Persian classical. Starting in the 1990s, an underground scene emerged. People started putting on secret shows. Songs were shared through the Internet.

“Music became a serious security issue,” says Abbas Hakimzadeh, a former student activist who left Iran for the U.S. in 2010 after several stints in prison. “Musicians were being imprisoned all the time.” In the early 2000s, under the reformist presidency of Mohammad Khatami, things slowly opened. “But rap music has never been allowed,” Hakimzadeh says. “On TV, they would tell us that rap music directed people to evil.”

“Almost all of the youth know Shahin Najafi,” he says. His Facebook page has over 300,000 “likes,” making his popularity — at least online — rival the globally renowned Nigerian activist-musician Fela Kuti.

Najafi’s fame has certainly been boosted since the fatwas (he says a third of his Facebook following came post-fatwas), something he says he is uncomfortable with. “Neither Shahin Najafi nor what happened to him matters at this moment,” he says. “Right now what matters is the blogger Shattar Beheshti who was just killed in prison. Right now Nasrin Sotoudeh matters,” he says, referring to the human rights lawyer who has been imprisoned for over two years in solitary confinement and, at the date of this article’s publication, is presumed to be on her 35th day of a hunger strike. “And more important than this are those people whose names we don’t know, who we don’t know where they are. They matter. I am a wolf. I sleep during the day and I howl at night. No one can get their hands on me. But [these people] are trapped.”

In recent years, there has been a series of blasphemy charges against pro-democracy activists in the Middle East. Saudi journalist Hamza Kashgari, who played a critical role in kicking off protests in Saudi Arabia in 2011 with his articles about political prisoners, was charged with blasphemy in 2012 for his tweets about the Prophet Mohammed, one of which read, “I shall not kiss your hand. Rather I shall shake it as equals do and smile at you as you smile at me.” A Kuwaiti Shiite, Hamad Al-Naqi, who had been using Twitter to criticize the Sunni monarchies of Saudi Arabia and Bahrain, was given 10 years in prison in June of this year for allegedly insulting the Prophet and his wife in a series of tweets.

Musically, Najafi is typically known as a rapper, but it’s a label he thinks overly simplifies his work. Depending on which of his albums you listen to, you can find troubadour-esque acoustic guitar songs; classical orchestra; soft rock tunes with gruff, throaty vocals; pop-punk choruses; and high-energy Middle Eastern-style hip-hop. He says he started rapping when he left Iran and came to Germany in 2005. “If it wasn’t for the conditions I was under, I might not have ever sang rap songs. I had no access to resources. I had no band. I had to be a one-man show.”

Ironically, his musical career started with the Quran. He says he was attracted to the melancholic, musical style of recitation. Then, during his military service at 18, he lost faith. He became a poet and start singing. “I worked very hard to get rid of the disease of religion,” he says.

At 24, he became inspired by Victor Jara, the revolutionary Chilean musician killed by former dictator Augusto Pinochet. He picked up the guitar. “I believed I could change something through my music,” he says. But just a few years into his musical career, the authorities in his hometown of Anzali banned him from attending poetry readings and musical performances.

He played anyway. In 2005, he says, he performed a punk rock set including a satirical song called “The Beard,” mocking clerics. He was charged with disrupting public order, creating public anxiety, and insulting the Supreme Leader, and sentenced to three years in prison and 100 lashes. He left the country before he had to serve.

On Saturday, I sit in an audience with at least 530 others, almost all of them Iranian. The venue is nearly full. Security guards check bags and peruse the crowd from the stage. The atmosphere is charged with anticipation. Najafi walks onstage, his eyes cast to the floor, and starts to play.

After the first song — a mild, jazz-rock number — the jittery, pacing man I saw in the safe house days before starts to transform. He looks up at the audience and a smile creeps across his face. “This is the kind of concert that will put my enemies in their place,” he says.

For the rest of the evening, he carries us through intense passion belted from the top of his lungs to moments of soft, penetrating sorrow. He sings about love, torture, drinking and the “stolen” 2009 elections.

During the intermission, I talk to fans. Most are proud to say they had been listening to his music for years. People — mostly of different generations — debate whether his rap music is better than his rock.

“He doesn’t lose fans when his music changes,” says one woman. “People listen to him because of the content. In Iran, people can’t talk. When we listen to him, we wish we could talk like him. He is so brave.” When I ask her name for attribution, she balks. In fact, none of the 10 or so people I speak to during the concert allow me to use their last names. Even his promoter wishes to remain anonymous. “Shahin is so high-profile,” she says. “I want to go back to my country, but now I can’t.”

At the end of his set, as he prepares to leave the stage, requests are shouted from the crowd, all for the same song. As soon as the encore begins, everyone jumps out of their seats. Najafi dances across the stage. The words pour out of him.

O Naghi, now that the Hidden Imam is asleep, we call upon you,

O Naghi  Appear, for we are ready in our burial shrouds, O Naghi

Young women flit their hands over their heads. An old man swings his hips in the aisle. No one cares whether he is singing rap or rock. They are dancing to the song the ayatollahs hate.