1,000 Walmart protests across the US

An update on nationwide strikes and solidarity demonstrations 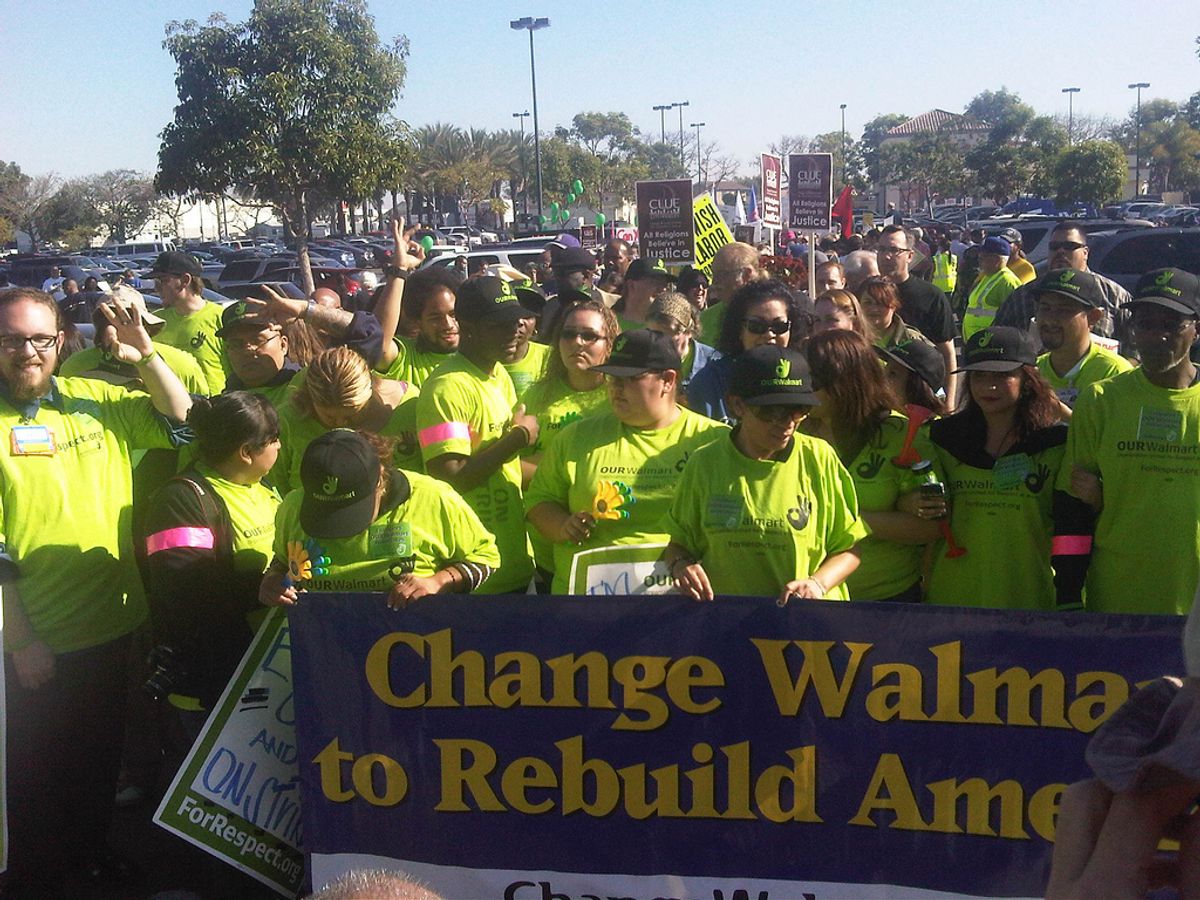 A Walmart press release this morning downplayed what commentators have called historic strike actions by Walmart workers this Black Friday across the United States.

The release noted that "the same number of associates missed their scheduled shift as last year," but hundreds of protests in 46 states beginning Thursday evening have drawn attention to the retailer's poor labor practices while according to The Nation, workers struck at stores in Dallas, Kenosha, Wis., San Leandro, Calif., and Clovis, N.M. At least one worker went out on strike at stores in Ocean City, Md., Orlando and Baton Rouge. Rep.-elect Alan Grayson (D-Fla.) joined a Walmart worker as she walked off her job in St. Cloud.

Walmart stores rang up almost 10 million transactions from the time doors opened for Black Friday shoppers at 8 p.m. Thursday until midnight. Meanwhile the following strikes and protest actions have been reported:

Eidelson  posted this video of protesters demonstrating inside a Maryland store: