Music gets you high 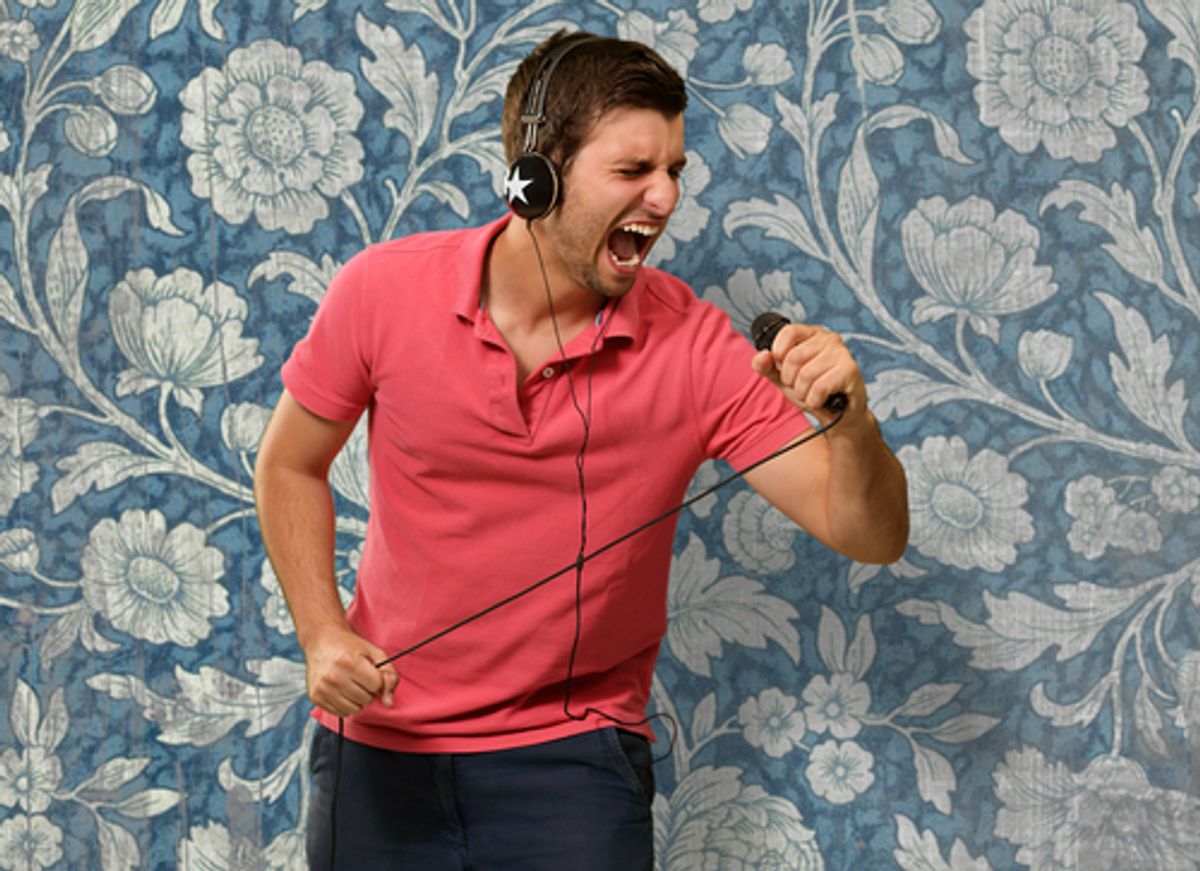 That’s the conclusion of a study by University of Oxford psychologist Robin Dunbar. He and his colleagues report people who have just been playing music have a higher tolerance for pain—an indication their bodies are producing endorphins, which are sometimes referred to as natural opiates.

In their experiments, simply listening to music did not produce this positive effect. “We conclude that it is the active performance of music that generates the endorphin high, not the music itself,” the researchers write in the online journal Evolutionary Psychology.

Dunbar argues that music evolved, at least in part, as a way of strengthening societal bonds. As a 2010 study of preschoolers found, people who sing or move in rhythmic unison tend to work together more cooperatively afterwards. This explains the presence of music in church services and military ceremonies.

But what’s the trigger of this spirit of community? This new research suggests it may be the release of endorphins.

Dunbar and his colleagues describe four experiments. In one, they compared the pain thresholds of two groups of musicians: Twelve drummers who play together on a regular basis, and nine musicians who worked at a musical instrument store.

The percussionists played together for approximately 30 minutes; the store employees worked as salespeople for that same period of time, while “continuous, lively background music” was playing in their workplace. Within 10 minutes of finishing their respective shifts, all were subjected to pressure on their non-dominant arm, which was increased steadily until they said they were in pain.

Other experiments confirmed these findings. One looked at members of a charismatic-type religious group that participated in a service that involved “communal singing, accompanied by clapping and a great deal of upper body movement.” Their subsequent pain threshold was higher than that of a group of people participating in an Anglican prayer meeting that did not involve music.

Another compared a group of dancers with a set of musicians who participated in a practice session. The dancers had the higher pain threshold, suggesting that the stop-and-start nature of the rehearsal interrupted the flow state needed to produce the effect.

A final test compared people listening to fast and slow sets of classical music on headphones for 30 minutes. It found no increase in pain threshold for either group.

Dunbar and his colleagues argue that their results “at least provide prima facie evidence that music generates the kind of endorphin ‘highs’” that can trigger cooperation—the sort of behavior that was essential for human society to evolve.

Other explanations for the origins of music have been offered, including the notion that it grew out of either courtship rituals or the need to sooth infants.  These ideas aren’t mutually exclusive, of course.  When and why so many of us evolved into passive listeners is another question.

It would be interesting to experiment on people listening to music not through headphones, or as background sounds in a store, but rather in a concert hall, sitting in rapt concentration with hundreds of other like-minded fans. Could that sort of physically passive but focused attention on music produce the same physiological effect that the players experience? Further research awaits.

Meanwhile, if you’re congratulating a musician after a brilliant performance with a vigorous handshake, don’t worry that you’re holding on too tightly. Chances are he or she won’t mind a bit.