Republicans think it will be easy to come back -- just appeal to culturally conservative Latinos! It will fail 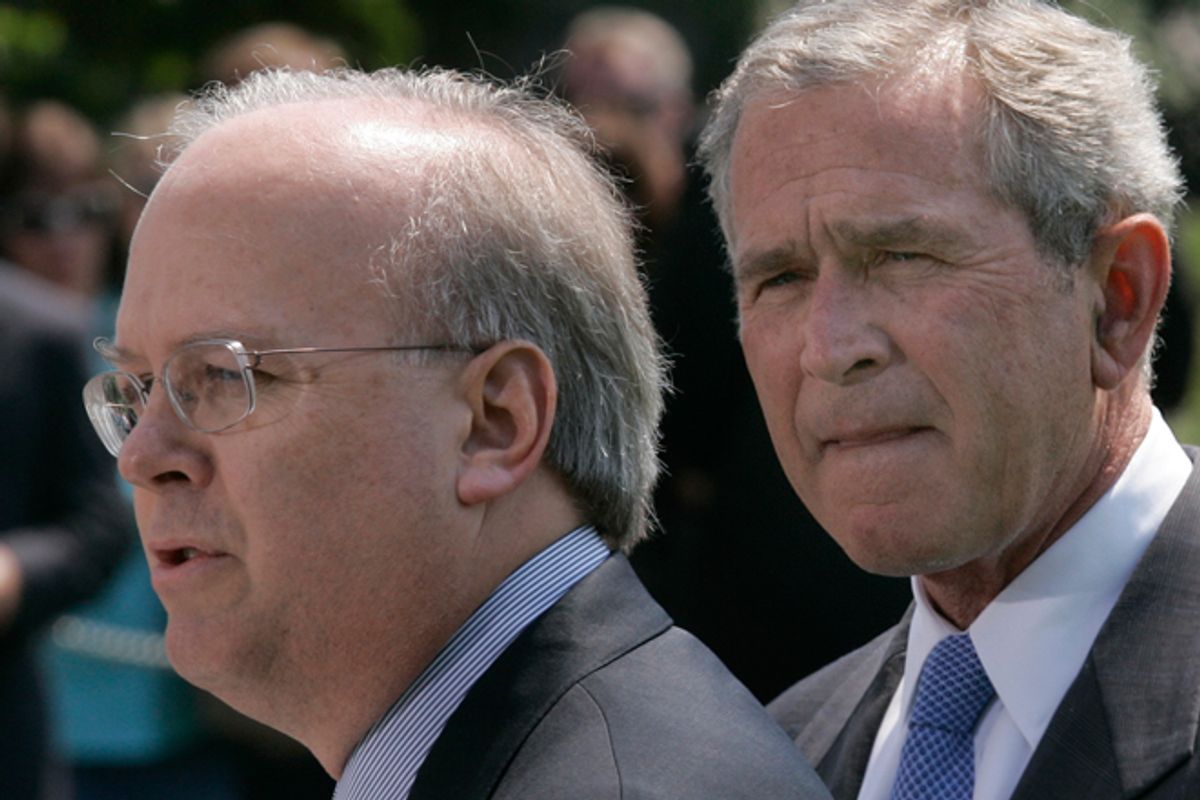 Drop the anti-immigrant rhetoric! Focus on the "family values" that Latinos supposedly share with the party! But that magic solution to Republicans' demographic problem that some conservatives are touting — which conveniently allows the party to resist moderating on so-called social issues like gay marriage and abortion — is unlikely to pan out.

Two days after Latino voters broadly rejected the Republican Party, Charles Krauthammer saw reason for optimism. Latinos, he said, "should be a natural Republican constituency: striving immigrant community, religious, Catholic, family-oriented and socially conservative (on abortion, for example.)"  George W. Bush and Karl Rove found a way to approach 40 percent of the Latino vote; Romney barely netted half that. So Republicans, facing a demographic time bomb as their base of white men ages, have comforted themselves by thinking all they really need to do is perform as well as Bush did among Latinos to get near the White House again.

Whether or not Republicans have any chance of capturing more than a tiny fraction of the Latino vote, Krauthammer (and the straw-grasping Republicans who echoed him) shouldn't take Latinos' conservatism, including their views on abortion, for granted.

First of all, being religious doesn't mean you vote according to the dictates of your church, and Latino voters have consistently told pollsters that they don't. Last December, a Latino Decisions poll found that 53 percent of Latinos said religion would have no impact at all on their vote. And only 14 percent agreed that "politics is more about moral issues such as abortion, family values, and same-sex marriage." In fact, exit polling from the election this month showed that Latinos were more likely than other voters to support same-sex marriage recognition.

Polling on abortion rights is notoriously hard to characterize and can fluctuate  depending on how the question is asked — from framing it in terms of legality to asking about the fuzzy labels "pro-life" and "pro-choice." Some polls have shown less support for abortion rights from Latinos, especially foreign-born Latinos, than from the general population. In a Pew survey last year, 58 percent of immigrant Latinos said abortion should be mainly illegal, compared with 40 percent of second-generation Latinos. In another poll conducted by Univision around the same time, only 38 percent of Latinos said they believed abortion should be legal in most cases, compared with 49 percent of the general population.

But then came the actual election. Not only did Latinos broadly go for pro-choice candidates, according to ABC's exit polling, but 66 percent of Latino voters across the country also said abortion should be legal. That's higher than the general population, 59 percent of whom said abortion should be legal. There was no gender gap in the exit polling of Latinos on abortion, but Latinas were even more likely to support Obama than their male counterparts: 76 percent of Latina women voted for Obama; 65 percent of Latino men did. In other words, female support helped secure the overwhelming support of Latinos for the president.

Jessica González-Rojas, the executive director of the National Latina Institute for Reproductive Health, told Salon that when it comes to asking the Latino community questions about abortion and gay marriage, the framing makes a big difference. When her organization conducted its own polling, it didn't ask about legality: It asked about "voters' feelings related to judgment and support around abortion."  In that poll, 74 percent of Latino registered voters agreed that "a woman has a right to make her own personal, private decisions about abortion without politicians interfering." And 68 percent agreed that “even though church leaders take a position against abortion, when it comes to the law, I believe it should remain legal.”

González-Rojas also pointed out that Latinos overwhelmingly supported the Affordable Care Act, including its birth control coverage provisions. "Latina teens have the highest teen birth rate in the country, often because they don't have access to contraception," she said. And Latinas, who are increasingly the heads of households, are concerned about maintaining the safety net for low-income people.

She also credited growing support for gay marriage among Latinos to advocacy and outreach that focused on support for families under the slogan "familia es familia" (family is family). It turns out "family values" doesn't have to mean economically enforced patriarchy.