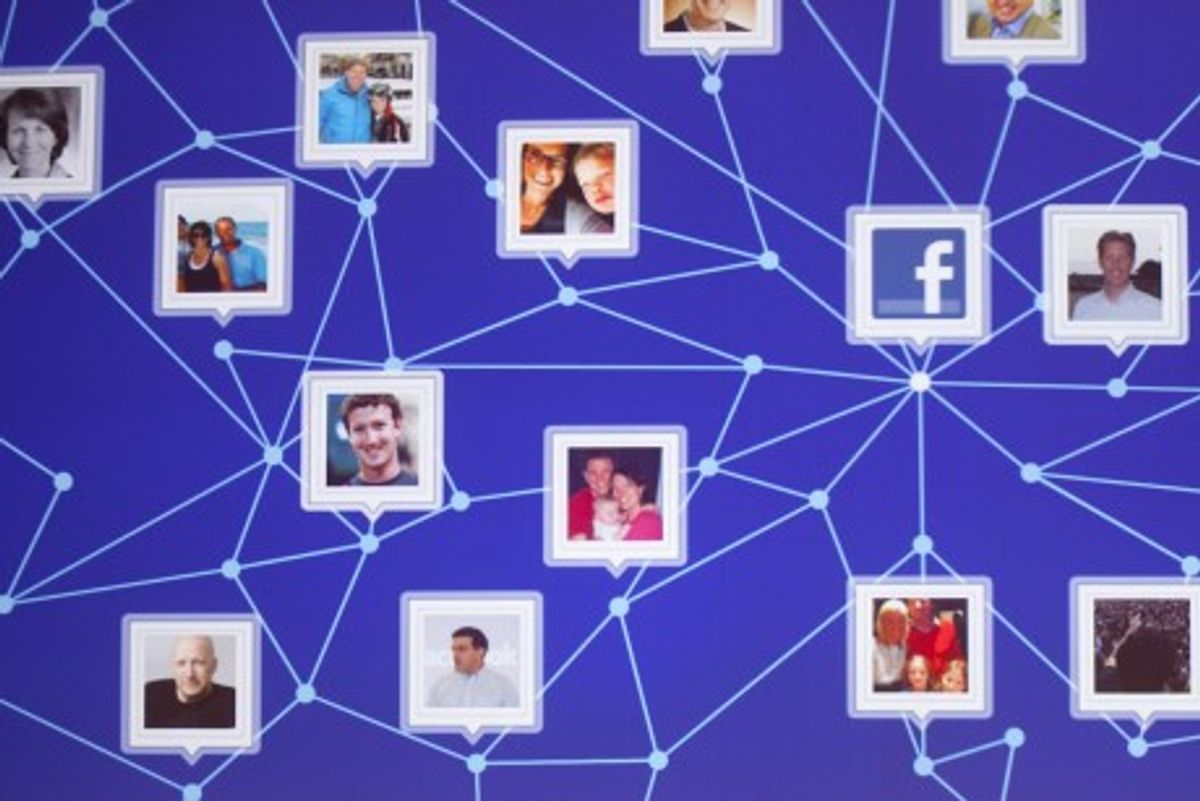 What exactly is Facebook good for, anyway? Investigating the college antics of the office intern, perhaps, or vetting your teenage daughter’s new boyfriend; sharing Instagrams of your toddler with the in-laws, or reminding exes how happy you are with your new man who, ahem, just surprised you with a trip to Turks and Caicos.

Public policy leaders have somewhat higher hopes, of course. They’d like to use Facebook to encourage organ donation, charity in the wake of disaster, even voter participation.

Sheana Bull would like to use it to promote safer sex.

Bull is a professor at the University of Colorado’s School of Public Health who’s studied technology, teenagers, and sexual health for more than a decade. “With the advent of every new technology, people find a way to use it that doesn’t always benefit them,” she says. “Young people often get themselves in trouble. They put themselves in risky situations.”

Risky or not, online is where teenagers want to be. And in our wireless world, they spend an increasing amount of time there: it’s thought that three-quarters of American teens to use social media regularly. There’s an upshot to endemic smartphone and Facebook use, though, says Bull. The so-called “digital divide” that academics use to describe the chasm separating the connectedness of white and black Americans, rich and poor, urban and rural, doesn’t exist among teens.

So Bull decided to test that idea with a randomized, controlled trial; the results appear in the November issue of the American Journal of Preventative Medicine. The goal? To determine whether prevention messages about sexually transmitted infections, or STIs, delivered via Facebook could affect high-risk sexual behavior among teens.

Bull and her colleagues recruited 800 high school and college students at sites around the country and segregated them into two pools: half would receive News Feed messages about sexual health—including “condom negotiation,” HIV testing, and healthy relationships—and half would receive generic daily news targeted at young adults. They focused especially on recruiting black and Latino teens, who face higher-than-average rates of STIs.

The students took a “baseline” behavioral survey, asking them to self-report recent sexual encounters, number of different partners, condom use, and risky behavior, such as mixing sex with drugs and drinking. They then began to receive regular updates from their respective Facebook groups. For eight weeks, students in the “Just/Us” arm were exposed to a slew of sex-ed topics, interactive quizzes, videos, and message threads, while their peers saw only pop-culture and celebrity news. Teens were able to visit the group’s page to post their own comments and questions, although, Bull admits, this happened less than researchers would have liked. “Only about 10 percent of those who were enrolled in our study arm did that,” she says.

The researchers hoped that sex would be titillating enough to drive conversation, but teens largely consumed the information passively—seeing it appear in their News Feed—rather than visiting the “Just/Us” page itself. “It remains this potentially stigmatizing kind of activity,” Bull says. “You’re talking about sexual activity. You post on the page, everybody in your network sees that you’ve made a post.” And when you’re 16, nothing is less cool than, well, caring about something.

“We were actually kind of disappointed,” Bull says. “We thought, ‘Oh well, this means that they’re not being engaged.’ ”

But when the researchers followed up with surveys at two and six months, they were surprised to find that their e-campaign had  had an impact. Teens in the sexual health arm self-reported slightly better rates condom use in the short term—that is, during the two months that they were being exposed to new information by the “Just/Us” group. “We were happy to see an effect in the short term,” Bull says, “but pretty much as soon as you stop sending new messages or posting new material, the effect wanes. It teaches us that you need to keep your content fresh.”

Disappointingly—but perhaps not surprisingly—it was difficult to keep teens engaged with the campaign. Many of the subjects were “lost to follow up”—research-speak for “dropped out”—and so the data aren’t as strong as they might be. The drop-out rate also underscored just how hard it is to stay relevant on the Web, where ideas, jokes, and trends go viral one day and flame out the next.

Bull’s work confirms what social scientists have long supposed: Facebook campaigns rarely have a huge impact on teenagers, but they can have a small impact on a huge number of teenagers. Online messaging costs a fraction of the face-to-face kind; its reach is truly global; and “pushing” messages to a user’s News Feed is far more effective than asking them to visit a standalone Web site. But a 15-year-old’s virtual world is a chaotic, crowded place, and boring old STI facts area easily drowned out by high school gossip, Ryan Gosling memes, and all the latest Likes.

We know how to reach high-risk teens online. Getting them to listen is another matter entirely.