A quick visit suggests it could have been much worse 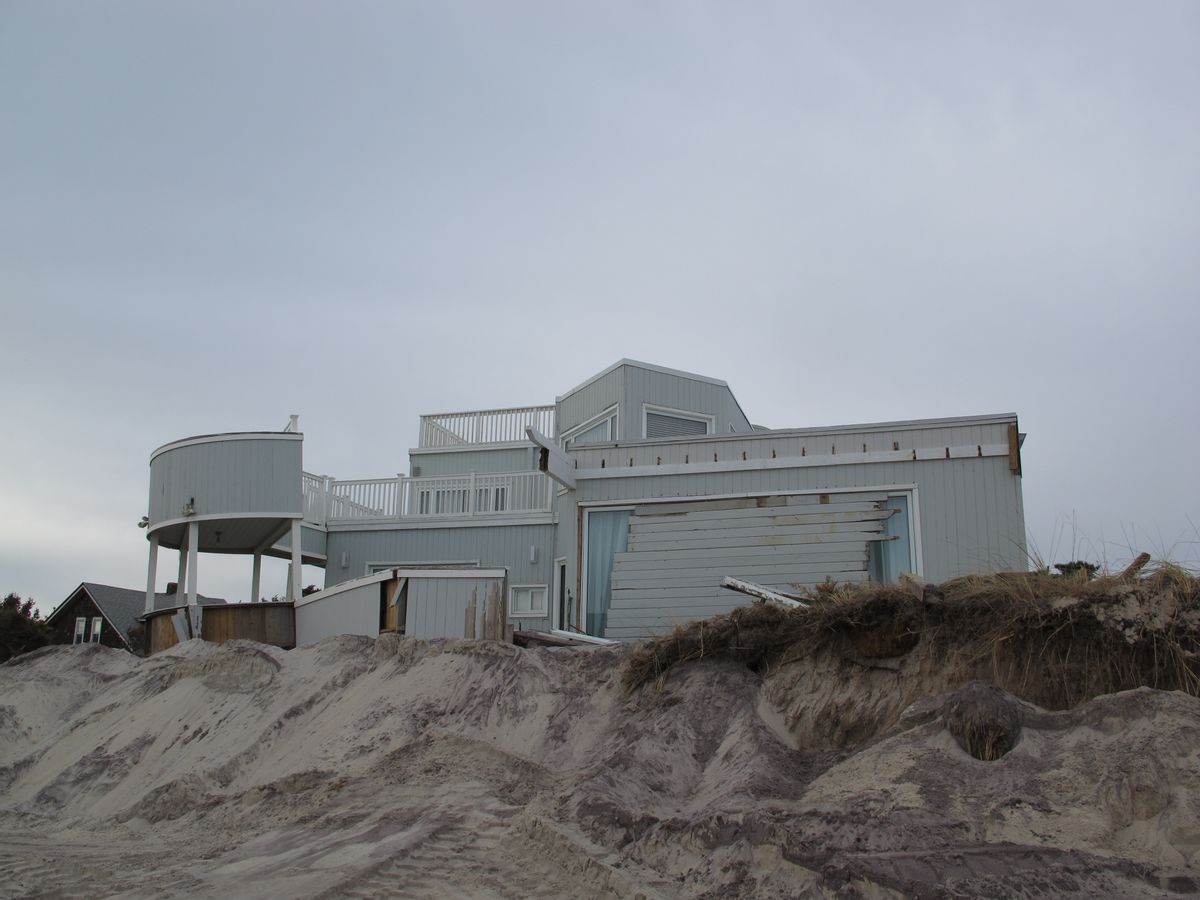 The November ferry to Fire Island was nearly full, like on a summer weekend, but instead of beach toys and sun hats the passengers brought mops, shovels, buckets and bottles of cleaner. In the roped off cargo area, a pyramid of suitcases piled up, ready to be filled with whatever could be salvaged. I sat with my mother on a bench, like most of the other passengers wondering  how well our house had withstood superstorm Sandy.

Fire Island is a filigree of land about thirty miles long and less than a mile wide off the south shore of Long Island. On a map it resembles an eastern expansion of the Rockaways. But unlike that diverse and vibrant section of New York City, Fire Island is a summer resort of only a few hundred permanent residents. There is minimal infrastructure and no real roads, part of the charm for the tens of thousands of visitors each summer.

Following the storm my mother had received a series of emails about conditions on the island, but it wasn’t until mid-November that most homeowners were allowed to visit and conduct their own inspections. Until then they watched dire YouTube videos and read assessments like this from the Ocean Beach Association:

Aerial photos, quick tours by local officials, and reports from communities indicate that there is widespread and extensive damage to property and infrastructure on the Island. Various photos and eye witness reports that have been posted by people on the Island reinforce these assessments in graphic detail—“Like it was hit by a bomb”  “Never seen anything like it”

For most of my life I’ve heard about the damage done to the house by off-season storms and the on-season tenants. Sandy promised a new level of devastation.

After the ferry arrived at the badly damaged terminal, we walked a few blocks through the shuttered town of Ocean Beach-- ice cream shops, dinettes, bars and provisions shops where you can pick up an overpriced kite or sweatshirt. Fire Island is normally quiet but this time the rumble of generators filled the air. Cops and firemen were everywhere and workers from the utility companies rode around in pickup trucks.

And our house? It could have been a lot worse. It's elevated about four feet off the sandy soil and it appeared that the flood waters had reached about nine inches higher than that. It had soaked most of the furniture and left a  leopard print pattern of silt across the floor. Out back a tree had collapsed on the porch and a five-foot high pedestal had materialized from who knows where. The house probably benefited from its modesty. It possesses no hubristic turrets or balconies. It isn't too close to the ocean or the bay.

On the path to the ocean, almost all the yards had trees down but few of the houses appeared to have sustained structural damage. At the beach, the scene was much worse. Decks were destroyed, or buried in sand. Siding had been ripped off houses. Indoors, some floors were covered with a fuzzy brown substance that could have been the displaced ocean floor. Heavy equipment like water heaters rested many yards from where they were supposed to be. One beach house had been pushed back into the house next to it, 16 feet the neighbors estimated. The dunes had swept away and a sand diaspora buried porches and filled up the crawl spaces beneath the houses.

Because the use of cars is heavily restricted, Fire Island feels remote both when you’re there and to anyone who might be asked to pay to rebuild it. The damage done to this well-off community is by no means the most pressing legacy of the storm and this weekend the AP implied that rebuilding funds could be scarce:

Critics of federal funding of beach and dune replenishment say U.S. taxpayers shouldn't pick up the tab for beaches enjoyed by only a fraction of the population. Replenishment backers counter that Congress has approved recovery funds for other disasters including Hurricane Katrina and last year's tornadoes in Missouri.

Ellen Portnoy whose ocean-facing deck had cracked and now formed an a peak like a roof captured the mood when she said, “I’m heartsick but I feel for all those who have suffered more than we.”

This slideshow shows Fire Island in the early stages of recovery: