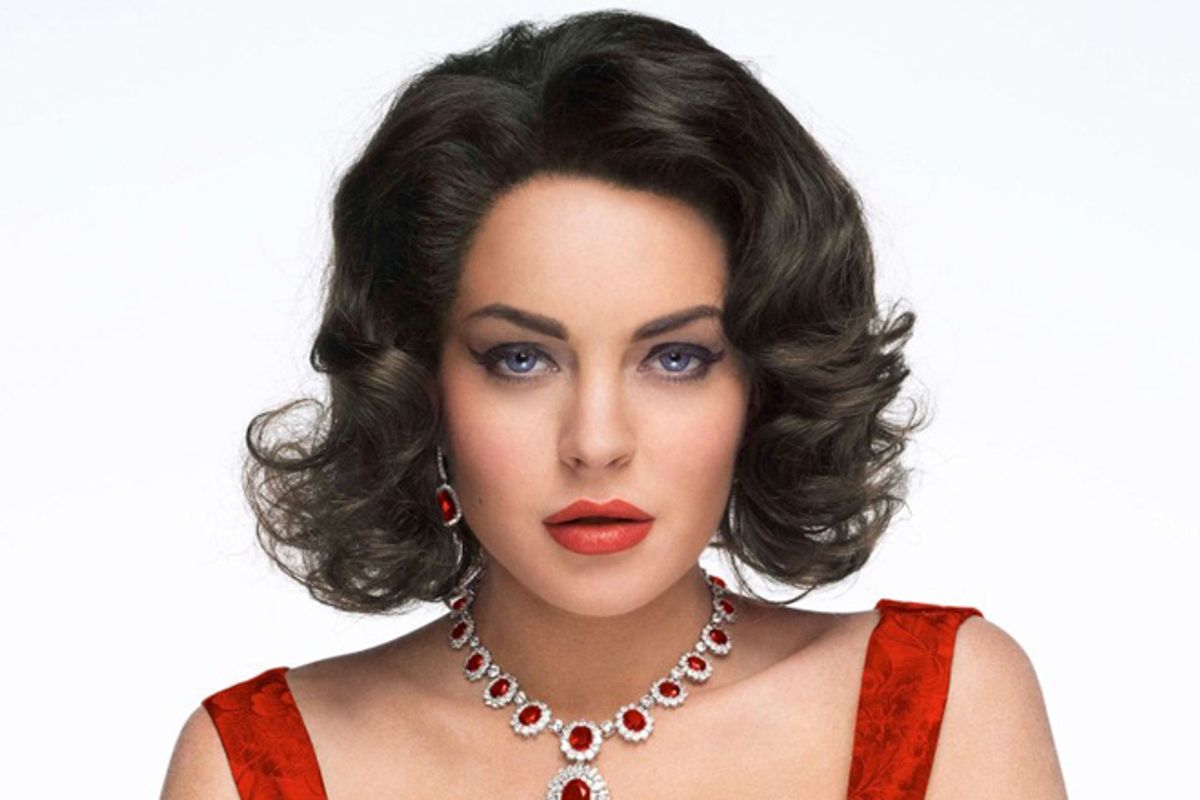 Only once every several years does a piece of pop culture come along that's so eminently quotable, so brilliantly miscast, so beautifully unself-aware, that it attains instant cult status the moment it is released, kraken-like, upon a camp-hungry populace. So scooch over a little in the pantheon today, "Showgirls" and "Battlefield Earth" and "The Room." Make some space in there for "Liz and Dick," the greatest terrible thing to come along in years.

From the beginning, the Lifetime movie, casting reliable train wreck Lindsay Lohan as the scandalous Elizabeth Taylor in her Richard Burton–marrying heyday, was dubiously touted as LiLo's big comeback vehicle. That she had made it through the shooting of an entire project without getting fired seemed sufficient, in at least the minds of Lohan and her publicists, to signal a triumph, the beginning of Lohan being known again as an actress and not just that lady who keeps fighting with her parents and driving on sidewalks. Lifetime eagerly — and with all apparent seriousness — promoted Sunday's "world premiere event" with a heavy rotation of television ads and billboards featuring a violet-eyed Lohan groaning under the weight of the world's largest ring pop. Yet even when the early reviews faintly praised Lohan's "almost decent" performance and debated how calculated  its "pure genius … for belly laughs" was, who could have predicted it would become quite the glorious collective bonding moment it was?

Though the allure of a God-awful, what-were-they-thinking piece of entertainment always endures, we are a long way from the era of "Plan 9 From Outer Space." And a huge part of the immediate pleasure of "Liz & Dick" was thanks to the fact that it was a shared broadcast event, and to the Internet, which promptly provided the drinking games so desperately needed to muscle through it.

Thankfully, on Twitter, it seemed every person with a verified account was glued to basic cable Sunday night. It would have been one thing to just have been enjoying the proceedings in your Snuggie with a sandwich made out of leftover stuffing and jellied Ocean Spray, laughing at the phrase "erotic vagrancy." But didn't knowing that you were in the same boggled company as Neko Case, William Gibson and Aimee Mann, who helplessly tweeted, "We seem to be watching it again. #Help," make the experience that much more amazing? Patton Oswalt's Twitter stream alone was like a running director's commentary on the disaster, if the director was a cheetah and "Liz & Dick" was a gazelle that had strayed from the herd.

Conspiracy theorists may wonder for years whether Lifetime's muckety-mucks imagined the gold mine of snark they were sitting on before they broadcast "Liz & Dick." Did they know, when they were about to unleash a movie in which Lohan-as-Liz moans, "Who's counting?" when confronted about her multiple marriages, that this was a 69.42-carat jewel of insanity? Or did they fret instead that they had bought themselves a non-event dud, like Katie Holmes' snoozy Kennedys movie? The network has certainly played it cool and straight, boasting of Lohan's "first starring role in five years." And Lohan, who was busy tweeting Sunday about the amazing jewels she got to wear, definitely seems blissfully unaware that she's just surpassed Mariah Carey's performance in "Glitter" as Campiest Thing to Happen to the 21st century. And it's that element of sincerity that always distinguishes the truly spectacular cult movies, the sense that a group of people working together in a completely non-parody way could achieve such absurdity that assures its odd appeal.

Lohan, with her still passable acting talent and her new cachet as a bona fide if unintentional sensation, will likely not win any Golden Globe nominations for her deranged, critically dismissed "Liz & Dick." But she might actually be able to parlay this moment into a liberating different direction in her career – a sly Van Der Beeking of her loopy image. Lifetime, meanwhile, knows a hit, ridiculous though it may be, when it's got one. It's rebroadcasting "Liz & Dick" Monday night.