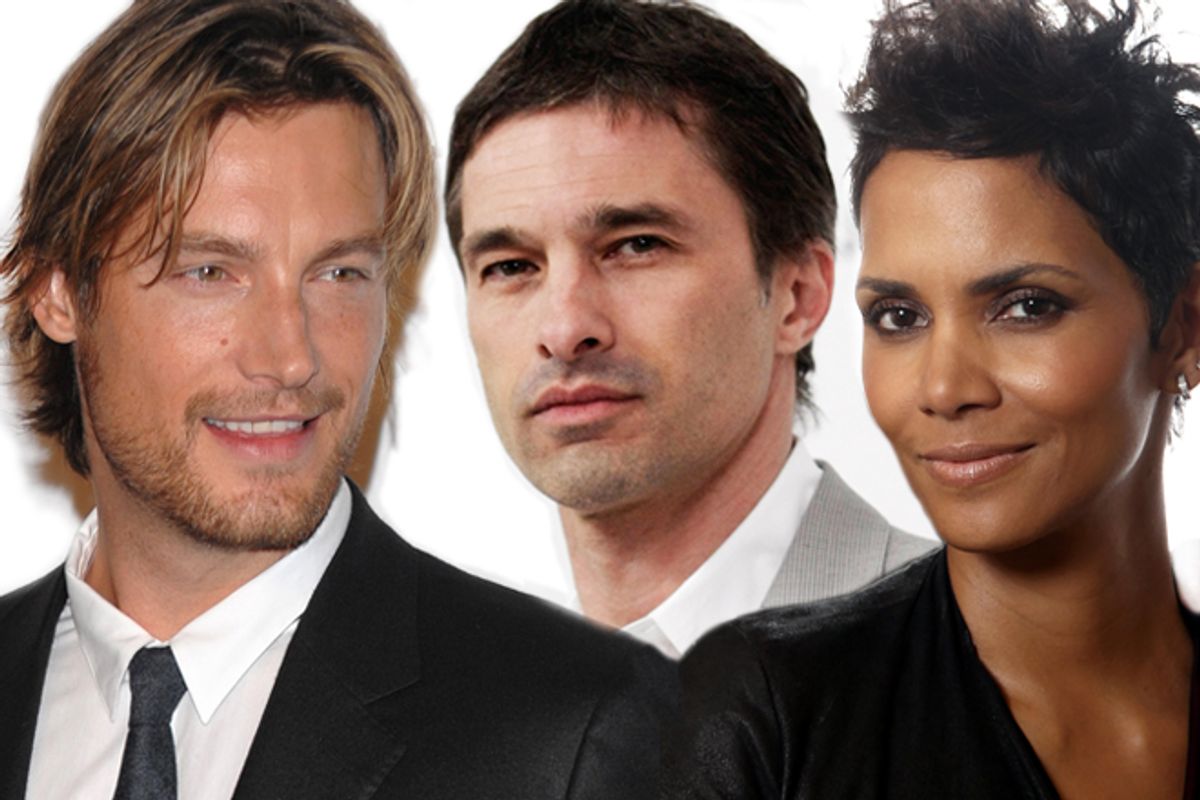 There are a few things we've learned over the course of Halle Berry's two-decade-long Hollywood career. We know that she's a former beauty queen who's also a genuinely nuanced actress, a Bond girl and an Oscar and Golden Globe winner. It's also clear she's  a woman with one of the most consistently tumultuous personal lives of any public figure in recent memory.

The latest twist in her family drama began last week, in a Thanksgiving brawl in her driveway between Gabriel Aubry, her ex-partner and father of her 4-year-old daughter, Nahla, and Berry's actor fiancé Olivier Martinez. Aubry was arrested on suspicion of misdemeanor battery after the incident, and Berry filed an emergency protective order against him. The actress has been engaged in a bitter, long-running custody dispute with Aubry, and earlier this month lost her fight to move with her daughter to France.

Then on Monday, Aubry fired back, winning his own restraining order against Martinez. Aubry has released photos of his pummeled face and black eye as evidence of what he claims is Martinez's savagery, and says he also suffered a broken rib. According to Aubry's account, Martinez suddenly appeared and attacked him when he dropped off his daughter at the house, and then told him, "We called the cops … you're going to tell them that you're the one who attacked me, or I'm going to kill you." Aubry made no mention of any threats when he initially spoke to the police after the incident.

That two of the men Berry's been romantically involved with should wind up in fisticuffs seems at this point another sad punctuation mark in a life marked by fighting. In a 2005 interview, she admitted, "Domestic violence is something I’ve known about since I was a child. My mother was a victim of it." And she added, "Early on in my life I made choices, and I chose men that were abusive because that was what I knew growing up."

Berry's first marriage, to baseball player David Justice, ended in divorce and a restraining order. In 2001, his ex-fiancé Nicole Foster filed suit against him for emotional distress and domestic violence. Berry's second marriage, to singer Eric Benét, also ended in divorce court, this time with her husband doing a stint in rehab for sex addiction. He now refers to his condition at the time as not addiction, but rather "making some stupid-ass, stupid-ass mistakes." In between her marriages, Berry pleaded no contest in a 2000 hit-and-run incident and was ordered to perform 200 hours of community service.

Which brings us to the more recent situation, and a relationship that fell apart with Berry making claims that she has "serious concerns for her daughter’s well-being while in the care of her father," and a holiday drop-off of a little girl that culminated in black eyes and bruises.

In 2010, Berry talked to CNN about her volunteer work with a Los Angeles women's shelter. "I think I've spent my adult life dealing with the sense of low self-esteem that sort of implanted in me. Somehow I felt not worthy. Before I'm 'Halle Berry,' I'm little Halle … a little girl growing in this environment that damaged me ... I've spent my adult life trying to really heal from that." Now she has a little girl of her own who's growing up in the shadow of violence. And the healing that still needs to happen is no longer just little Halle's.