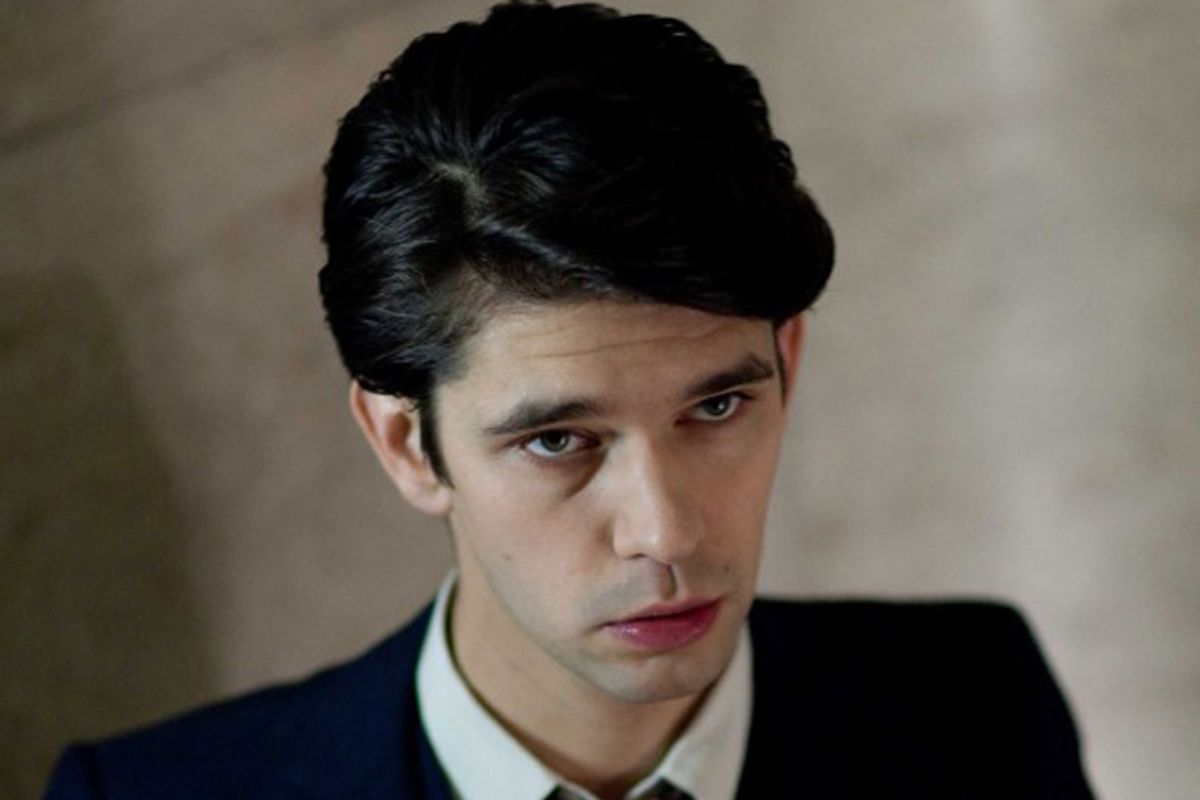 For a fleeting moment in “The Hour,” the BBC’s handsome, delectable drama set behind the scenes of a late 1950s newsmagazine program also called "The Hour," which begins its second season tomorrow night on BBC America, the slight whippersnapper Freddie (Ben Whishaw, most recently of “Skyfall”) can be seen lounging in bed reading Allen Ginsberg to his paramour, his raven hair flopping in his eyes, his feet kept warm in thick socks, his legs clad in … long underwear.

I cannot explain why my heart thrilled to the sight of such nerdishly accessorized highbrow wooing without resorting to a theory of relativity: Television suffers from such a surfeit of heroes who would think to kick game using a combination of “Howl,” dingy long johns and implacable intellectual fervor that the sight of one appealing young gentleman working all these moves at once is like spotting a David among antihero Goliaths. “The Hour’s” charms are many, but chief among them is its celebration of intelligence and diligence as cardinal, animating virtues.

The dynamic duo at the heart of “The Hour” are the febrile Freddie, a reporter and newscaster, and Bel (Romola Garai), the series’ producer, a devoted, driven career woman. The two hum with a brusque, matter-of-fact, maybe even particularly British keenness. Freddie’s intelligence is sharper, more incisive than Bel’s; Bel’s more comprehensive, dogged and humane. But the first hit you get off both actors is an electric wakefulness.

Jon Hamm’s Don Draper, whose “Mad Men” exists in a similar era and aesthetic as “The Hour,” is a genius, especially when trying to sell you something, but the first hit you get off of him is not intellectualism — it's magnetism. On “The Newsroom,” another series set behind the scenes of a news program, Emily Mortimer’s Mac McHale is a smartypants, but her more overpowering flavor is a frantic zaniness. Freddie and Bel seem like people wholly obsessed with information, with knowledge, with the story. They are workaholics in its most expansive and generous permutation, working endlessly because of a natural curiosity, not just to cover up a misshapen work-life balance.

The third star of “The Hour” is the licentious pretty-boy anchorman Hector (“The Wire’s” Dominic West), who on another show would be the hero of the piece: He’s dashing and not at all dumb, drinking and slutting his way about town, behavior that has earned Don Draper the admiration of many. But in this new season, Hector is revealed to be a sad sack blown up on hot air, even as he relishes his newfound fame and swagger. “The Hour” is like the show “Mad Men” would be if “Mad Men’s” focus were the partnership between Peggy Olson and Michael Ginsberg. (And, seriously, who wouldn’t want to watch that?)

“The Hour” is not always as canny as its characters. The show itself seems apprehensive about audience attention spans, supplementing the behind-the-scenes hustle and bustle with an unnecessary, season-spanning mystery story. Last year had a “There is a spy at the BBC!” arc, which, especially in mid-season, was totally irrelevant to the more immediate goings-on. (The best thing about that story line is said spy has been replaced by “In the Loop’s” brilliant Peter Capaldi, who curses much less in “The Hour,” but still manages to intimidate.)  This season, the through-line involves a pornography-and-prostitution ring related to an underreported London crime wave that Hector haplessly finds himself run afoul of, but that at least seems like something "The Hour" might naturally investigate. Bel and Freddie will inevitably get to the bottom of it.