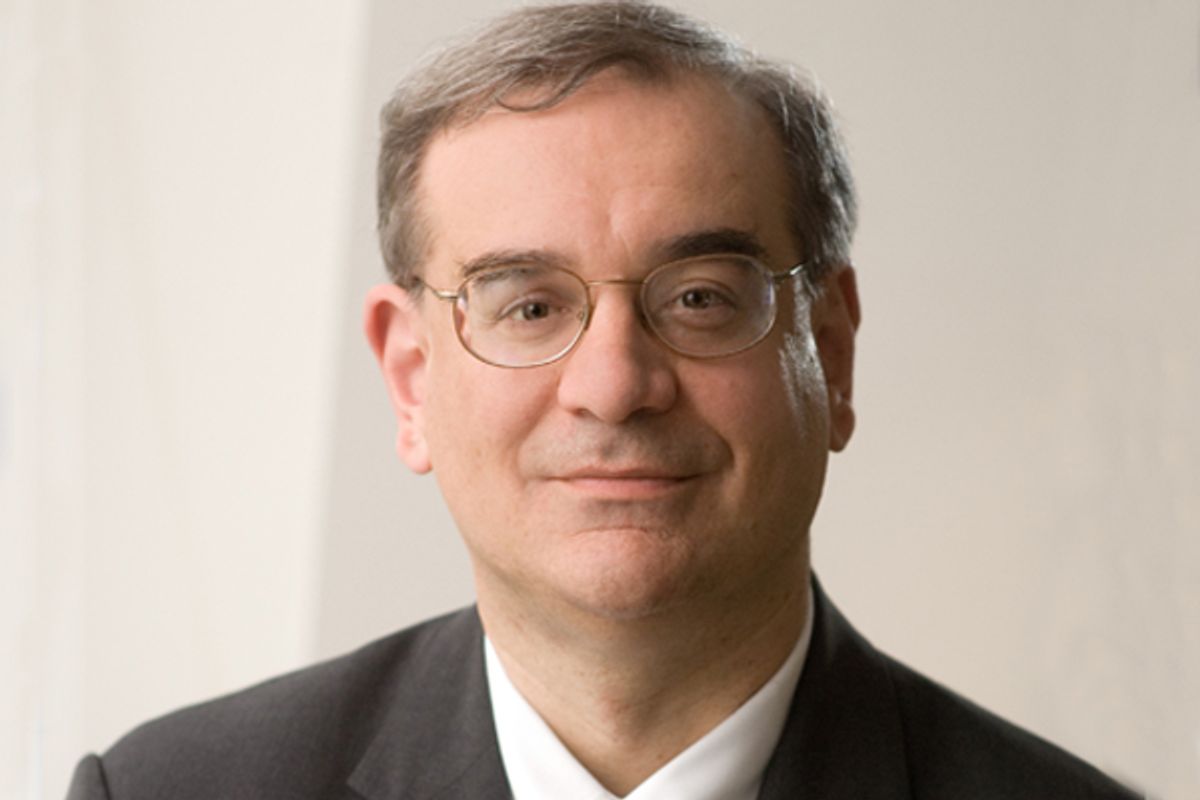 As certain Republicans and conservatives dither about making the party more "inclusive" or more attractive to people who aren't old and white, one has to have a certain perverse admiration for those brave souls standing athwart inevitable demographic change yelling "go back to Mexico." Mark Krikorian, the National Review's resident anti-immigration scholar/kook, is not giving up the fight. Today he warns conservatives that the real problem isn't even the illegals, it's the legals.

Steve Dinan at the Washington Times highlights the data on native-born Hispanics that point to their natural inclination to support the Left. The native-born, who account for the overwhelming majority of Hispanic voters, have higher rates of poverty, welfare use, single-parent families — none of which is suggestive of openness to a message of small government and moral traditionalism.

Hmm! Hispanics are just naturally inclined to be poor. And to be unwed parents. A deep hatred of success and hard work is simply ingrained in them. No "small government" message can reach them, they are Born This Way. (Lazy.)

So what to do? Instead of making the GOP more attractive to America, Krikorian argues, we must make America more amenable to the GOP.

That doesn’t mean Republicans can’t get a share of the Hispanic vote, in the usual GOP range of between a quarter and a third of the total — but there’s a ceiling that’s a lot lower than the sugar-plum dreams of some commentators. As VDH’s satirical piece on the home page suggests, Republicans can either embrace reductions in immigration or forget about being the limited-government party.

Or I guess Krikorian is arguing that if we can't deport the ones who are currently legal, we ought to prevent future legal Hispanics from becoming legal (in part by removing everyone who might become citizens or give birth to citizen children), in order to keep America white conservative. At least the man is honest enough not to cloak his nativism in a supposed opposition only to "Illegal" immigrants.

You may also remember Krikorian as the man who taught us how to pronounce "Sotomayor" and how to correct grievous errors in your work without acknowledging them.