Last night, Jess worried about her fertility and adulthood. Are there too many thirtysomethings on TV? 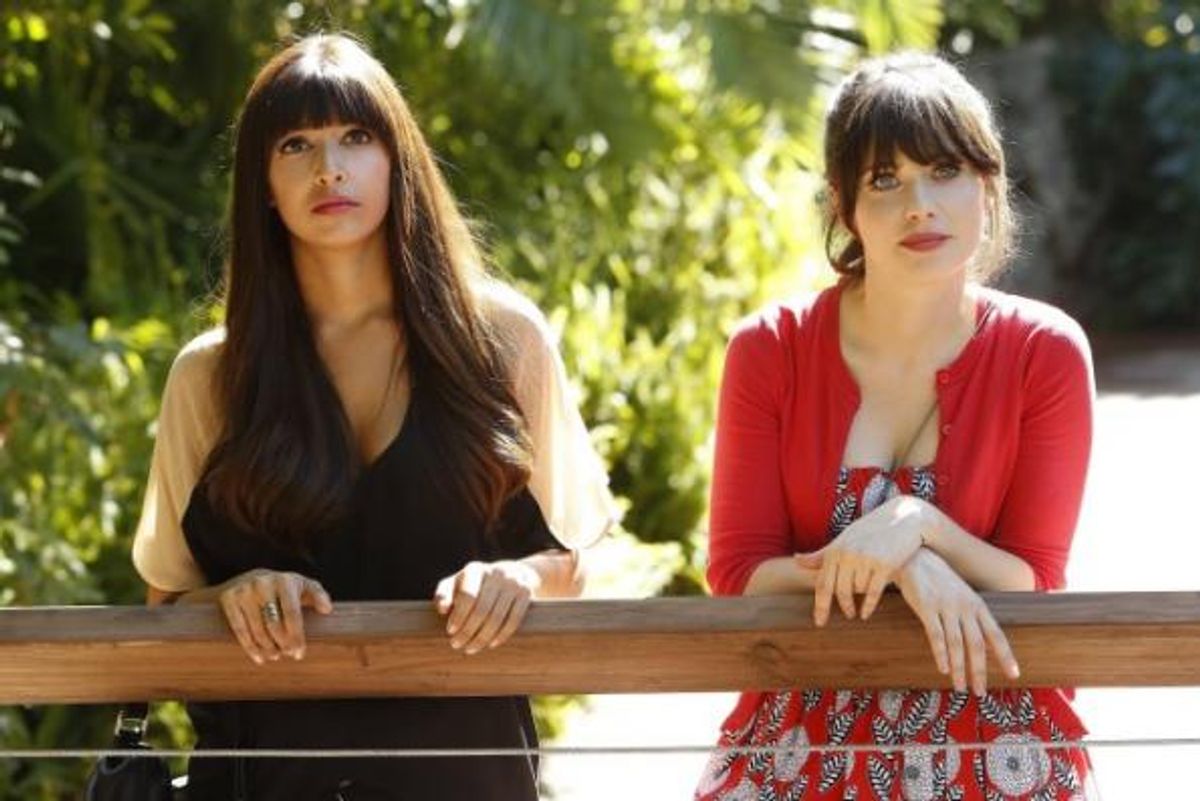 TV presents us with a disproportionate amount of young women. (It also cares disproportionately about the viewing habits of young people. A show like Kathy Bates’ “Harry’s Law” gets cancelled even though it has better ratings than, say, “Whitney,” because the people watching “Harry’s Law” are demographically undesirable, i.e. older than 49.) And, as Chocano pointed out by discussing the pilot of “The Mindy Project,” TVs twenty- and thirtysomethings aren't age-agnostic — rather, they’re regularly spazzing about how old they are.

This “New Girl" episode — titled “Eggs”— was a case in point. At a dinner party, Jess’ lesbian friends, one of whom is a gynecologist named Sadie, announced that they were having a baby, which they had just “tucked in under the wire.” Sadie then dropped the boom: when a woman reaches 30, 90 percent of her eggs shrivel up and die. This statistic is to have-it-all fantasies what Jason is to camping trips and Jess -- who is 30 and wants a family one day -- gets hysterical. She becomes convinced “it’s the ‘Grapes of Wrath’” in her womb and starts yelling to greater Los Angeles about how she wants her "nipples to have a purpose." Jess ultimately takes a fertility test and finds out she has plenty of eggs (but not so much sausage, as she puts it). Meanwhile her best friend CeCe, who has been calm about her babymaking capacities, gets upset when she learns her egg count is low. They are not getting any younger.

I really love “New Girl”— with that sort of unconditional, I just like hanging around with all these crazy people affection that some TV shows inspire — but the Chocano essay made me think about this episode differently than I might have otherwise. This episode was a heightened, adorkable version of a conversation I’ve had many, many times, but I wonder if, to someone else, it didn't sound like overhearing high school seniors complaining about how old they are. (Or, if you're in high school, hearing old people complain about, duh, how old they are.)

The past few TV seasons have seen the my exact demographic cohort (thirtysomethings, more or less) reach an age when some of us are actually creating and running network TV shows. “New Girl,” “Happy Endings,” The B in Apt. 23” and “The Mindy Project,” among others, are made by such folks and are full of the age-specific references, nostalgia and anxiety to prove it. Some of these shows seem so unerringly directed at someone who grew up on certain other television shows, that anyone much older or much younger would miss almost all the punchlines. (Am I wrong? Were "Cheers" and "Seinfeld" so generationally exclusive?) When I asked “Happy Endings” Adam Pally about the particularity of his show, he refreshingly said he didn’t care if “Happy Endings’” references made it unappealing to other demographics, he just wanted to make people his age laugh. I guess if we all want to laugh together, there's always "Modern Family."