After years of awful ratings, the network is handing its reins to Jeff Zucker -- the man who destroyed NBC 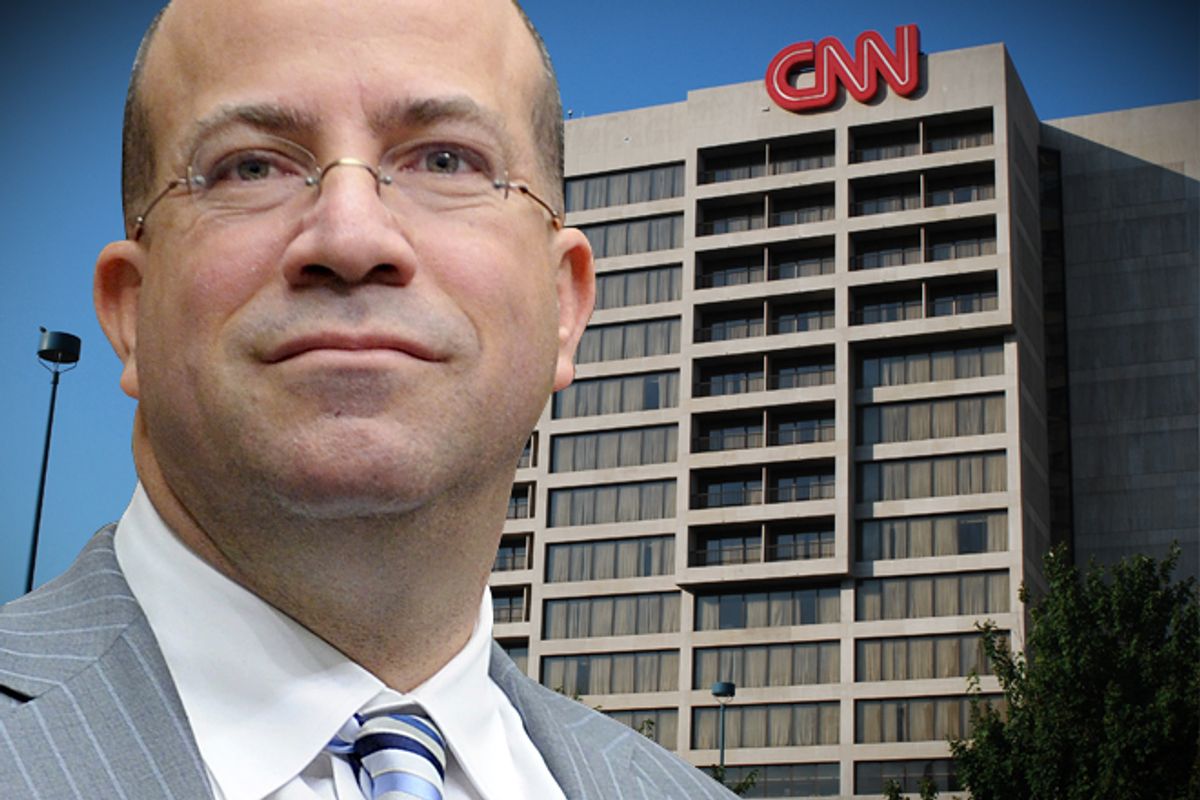 Who better for the job of turning around CNN than the man who took NBC from first to last? Jeff Zucker, the brain behind TV's "Joey," is going to be the new president of CNN Worldwide. The decision basically confirms that CNN, and Time Warner, have no clue what's "wrong" with their struggling channel, nor the first idea as to how to fix it.

It's been pointed out before that CNN doesn't actually need rescuing. The ratings at the flagship channel are atrocious, but the organization is profitable and its international arm is respected and successful. Departing CNN Worldwide executive Jim Walton was quite successful at making Time Warner money. Its primary problem is one of "embarrassment": the embarrassment that the clowns of Fox News and MSNBC are beating them in prime-time ratings, primarily, but also the embarrassment the very serious and good journalists of CNN feel regarding the shoddy product the bosses have been producing over the last few years. Zucker is theoretically capable of reversing the ratings trend, though I wouldn't hold my breath. But he's definitely never shown any ability or interest in producing less embarrassing programming. The man to rescue CNN from a loathsome charlatan like Piers Morgan is not the man who made Donald Trump a nationally recognized prime-time television clown.

Here's the Zucker story, in brief: Wunderkind revives a moribund "Today" show and makes it the No. 1 morning show, and is then rewarded with promotion after promotion at NBC Universal even though he fails utterly at each successive new job. By the end of his tenure, NBC is seemingly stuck in last place in the ratings forever and GE is finally ridding itself of its broadcasting arm entirely. (Also he screwed over Conan O'Brien, who once pranked him at Harvard.)

What's been funny is how all the press releases and many of the press clippings on the hiring refer to Zucker's experience in "news." Everyone is apparently talking about Zucker's tenure running NBC's "Today" show. This is what brilliant genius executive Zucker did at "Today" that makes people so excited about his genius for news: He made the show longer (he also tried "make them longer" as a strategy for prime-time NBC sitcoms) and he added concerts and stuff. Also lots of Katie Couric, and "Where in the World Is Matt Lauer," and a monkey. (OK, the monkey was from the 1950s version of the "Today" show, but I bet Jeff wishes he'd thought of it.)

If the problem at CNN (the channel) is that no one thinks of turning it on when there isn't a plane crash or foreign revolution happening, Zucker might be able to come up with enough idiotic stunt programming to get people interested. But CNN's understanding of its "brand" problem -- no one wants to watch us because we're too fair and nonpartisan and unbiased boo hoo -- has always been self-serving and wholly incorrect. People who want the sort of serious news it pretends it's offering (NPR listeners, maybe) all know that CNN is full of fluff, shouting talking heads and blithering idiot Wolf Blitzer all day long. And at night it's not hard news either, it's shows built around big personalities -- Piers and Anderson! -- who aren't even as colorful as the personalities on the other news channels.

The best-case scenario is that Zucker's reign is a glorious and hilarious catastrophe -- as it became at NBC -- presenting us with so many plot lines for Season 4 of "The Newsroom," (this seems to be what some of the "this is a good hire" arguments secretly boil down to), but everyone should be clear on this point: You don't hire Jeff Zucker if you want to create a more credible news organization. You hire him for gimmickry and "buzz" and you do so with the understanding that it could all blow up in everyone's face and essentially destroy your entire organization. So have fun, CNN.