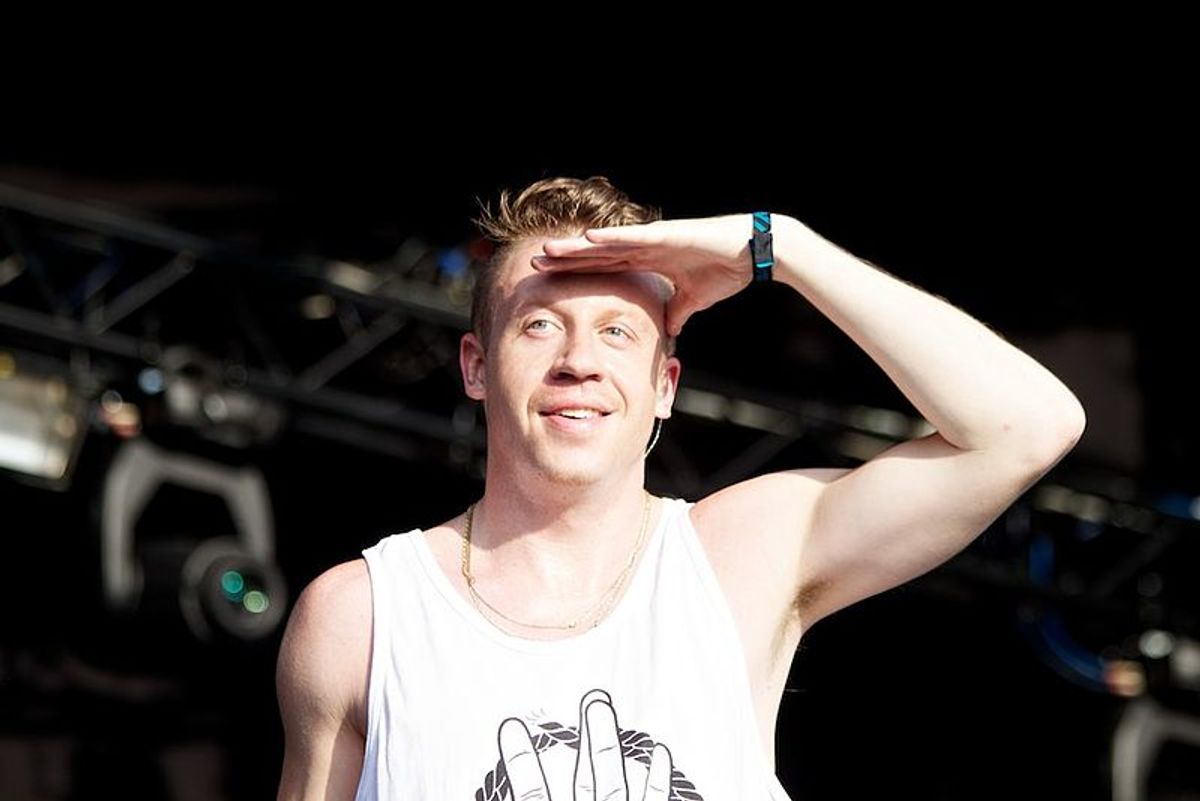 In case you haven't reached your quota of face palming for the day, here's something else to help motivate your hand toward your forehead. A South Lyon, Mich., schoolteacher has been suspended from her job for playing a song about marriage equality in class. I'm sure you've totally averted the evils of indoctrination now, school officials!

The story would be absurd even if performing arts teacher Susan Johnson had specifically brought in the Macklemore & Ryan Lewis song, "Same Love," as some sort of lesson in, yikes, tolerance. But what makes it super inane is that Johnson was doing what a good teacher is supposed to do – responding to a student. One of her eighth graders asked if he could play the song, and, as Johnson says, "I asked him a few questions about the song. If it was violent, if there was any profanity, and he said no. And I said this sounds like a great song to go ahead and use for the class." But a lack of violence and profanity isn't enough if you've got a hard message for some people to hear.

After she'd played it, another student went to the main office to complain, and Johnson says that before the day was out, the principal and vice principal informed her she was suspended without pay. Eventually it was decided she would be suspended three days, two of them unpaid.

When asked to comment about the incident, assistant superintendent Melissa Baker told a local Fox affiliate, "No one is going to have a comment for you." She added, vampirically, "We don't go on camera here in South Lyon." But the district claims the song has "controversial" content, including "homosexuality, religion, politics views and a sexual slur." I have no idea how to break it to South Lyon how much of the Western canon involves religion, politics, sex and violence. Stack it up against the carnage of "Macbeth," and a tune with lyrics like "Human rights for everybody" seems pretty tame. For her part, Johnson says, "I'm very disappointed in the bias, the bigotry that I feel that they're really hiding behind."

The whole thing is a sadly knee-jerk reaction to what could have been an educational opportunity. In the song, Macklemore speaks of the experience of being a straight man in a culture that's hostile to gay men and women, noting astutely, "The right-wing conservatives think it's a decision, and you can be cured with some treatment and religion, man-made, rewiring of a predisposition." It's a tough, powerful message, one that also happens to be remarkably accurate. It's a song that castigates the homophobic jibes within hip-hop and YouTube comments, one that demands accountability and action from people of all orientations. "I might not be the same," he says, "but that's not important. No freedom 'til we're equal."

Controversial? Sure, but since when was learning supposed to be uncontroversial? You seriously expect kids to sit in a performing arts class and not be exposed to challenging ideas? They don't even have to agree with them. They can just think about them, unless you're scared where that might lead.

If anything good comes of this fiasco, it's that it gives more attention to the song itself. It came out last summer as part of Music for Marriage Equality, and was inspired by Macklemore's own uncles. In a statement in July, he noted, "The culture of shame and abuse … has very sad, sometimes deadly impacts upon LGBTQ young people looking for acceptance and belonging."

Johnson, who went back to work Thursday, echoed that sentiment this week, saying, "I also know that there's a lot of bullying and there's a lot of gay bashing and racial issues going on in our country and I want the kids to feel comfortable in my class no matter who they are ... One of the things in my school that we're trying to practice and we're trying to instill in our students is tolerance to diversity."

Now if only she could instill it in her supervisors.