Liz gets married on "30 Rock" tonight. Should we celebrate, or mourn a traditional end for a quirky feminist? 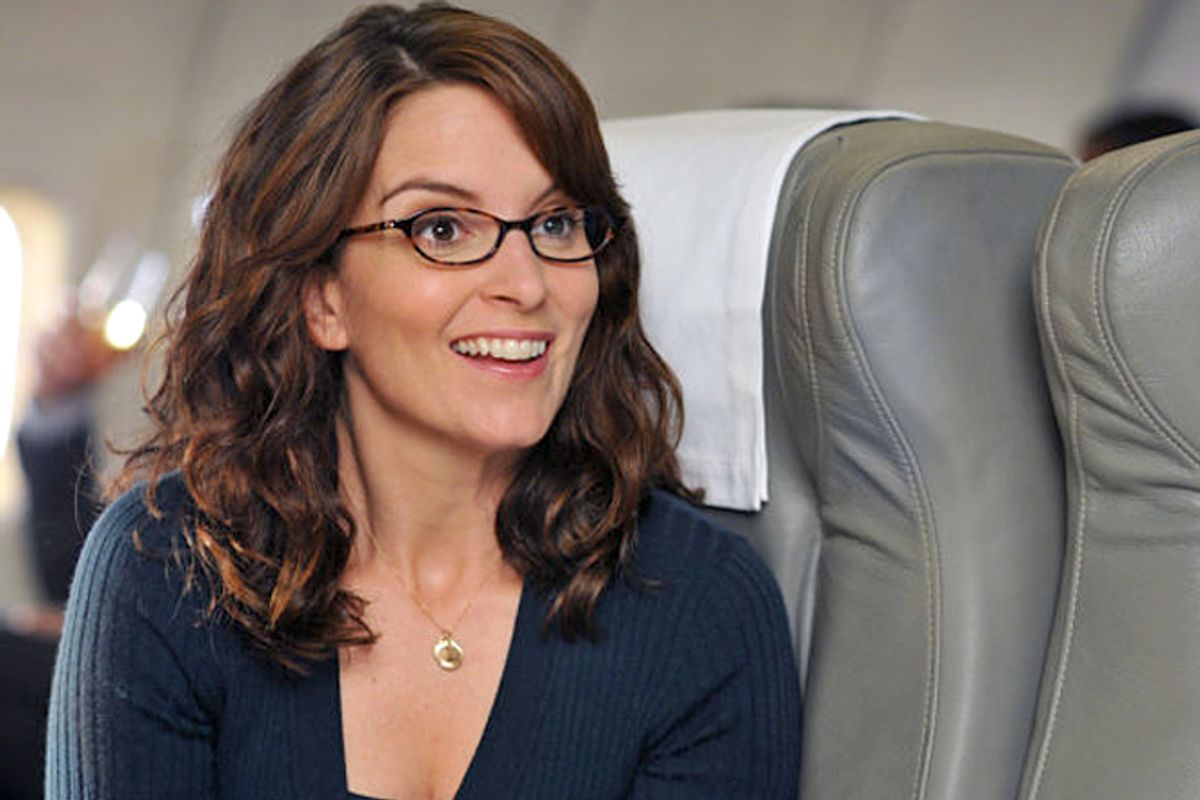 When Jack Donaghy met Liz Lemon in the very first episode of “30 Rock,” he took one look at her and delivered his verdict: “New York third-wave feminist, college educated, single and pretending to be happy about it, over-scheduled, undersexed, you buy any magazine that says healthy body image on the cover, and every two years you take up knitting for ... a week.”

Jack’s assessment was actually a bit soft. Compared to the series’ future loopy heights, “30 Rock’s” pilot was a grounded affair. A few episodes in and Jack might have added that Liz was not just undersexed, she didn’t like sex. Tina Fey's character wasn’t just a third-wave feminist, but a third-wave feminist with no meaningful relationships with other women except her narcissistic frenemy Jenna Maroney. Liz wasn’t just single and pretending to be happy about it, she was single and willing to settle for a string of duds — and the occasional Carroll Carroll – that would strike fear in the heart of even a prolific and unlucky Internet dater.

But tonight, seven seasons after Liz and Jack’s first meeting -- and barring some unforeseen switcheroo -- Liz Lemon is scheduled to get married to Criss Chros, a devoted, easygoing and sometimes dopey food cart owner. If Jack were to assess Liz Lemon tomorrow, he would be forced to make certain adjustments. Now she'd be “married and pretending to be happy about it” as well as “over-scheduled, and therefore oversexed.” Both of these changes are, I think, welcome developments for Liz personally -- but even more so for the Liz Lemon archetype.

Liz Lemon is easily the most influential TV heroine of the last decade. Like “Election’s” Tracy Flick, now that we know a woman like her is out there, it’s impossible not to see her everywhere. How did we describe relentlessly cheerful, supremely competent, but kind of terrifying women before Tracy? How did we describe the professionally accomplished but personally disastrous, strong-minded but not always strong-willed, full-grown yet underdeveloped smartypants before Liz Lemon?

Liz's progeny — quirky, messy, self-righteous, conflicted, intelligent and idiosyncratic in differing measures — are all over TV, in shows like “Girls,” “New Girl,” “The Mindy Project,” “Ben and Kate,” “Whitney” and maybe even “Homeland,” where Carrie Mathison is twice as professionally competent as Liz, but twice as personally screwed up. (As for the others: Whitney, whose personal life functions, hates pretty much everything else, just like Liz. The professional lives of the characters on “Girls” are disastrous, but spot Hannah Horvath 15 years and see what happens.)

Comedic characters have forever been flawed. That’s what makes them funny. But if you take a look at the run-of-the-mill series that filled out Thursday nights on NBC before “30 Rock” — “Jesse,” “Veronica’s Closet,” “Suddenly Susan” — you see a string of heroines who, compared to Liz, are well-meaning and bland. Even the canonical women of classic sitcoms like “Maude” or “Mary Tyler Moore” — the first a show about a woman who, like Liz, always thought she was right — are still fundamentally concerned with “likability.” Liz Lemon hasn't. (“Likability” is in quotes, because, invariably, I find the female characters who are supposed to be “unlikable” totally lovable.)

Before everyone was fighting about the irksomeness of Jess Day, the entitlement of Hannah Horvath or the narcissism of Mindy Lahiri, Liz Lemon was being irksome and entitled and narcissistic -- and making it all breathtakingly funny. Liz Lemon might be the protagonist of “30 Rock,” but unlike many heroines who came before her, she’s not the straight man. She has made TV safe — or safer, if you’ve been listening to those arguments about Jess and Hannah and Mindy — for prickly, particular, goofy, funny, strange, flawed, intelligent women.

Because Liz Lemon matters, so does her ending. In tonight’s episode — only six more "30 Rock" episodes remain —  Liz Lemon will set a course (or, you know, slouch along with a bad attitude and an over-willingness to compromise her hopes and dreams) toward some kind of maturity. Now that Liz Lemons are all over TV, it's fitting that this iconoclastic character with the tendency to be a follower would be the one pointing out that there are other ways to wind up other than Liz Lemon-ish. I love a half-disaster female character as much as anyone, but it might not be so bad if there were more Leslie Knopes in the picture.

On a more personal level — Liz, of course, being a person we've come to know these last seven years — there's something plain old nice about her tying the knot. Sitcoms, especially since "Seinfeld" and its "no one ever learn anything" mandate, have been loath to show characters changing. But this Liz isn't the same person she used to be. We're all prisoners to our quirks, but our quirks evolve — another lesson Jess and Hannah and Mindy and Kate and Whitney might take note of.

For those who lament that Liz Lemon's maturity may take the retrograde -- and old-school sitcom -- form of a husband and babies, well, Liz Lemon has never been quite the feminist she would have you think she is. (As Sady Doyle put it in her great exegesis, Liz Lemonism is not actually the same as feminism, even if Liz Lemonists call themselves feminists.) “30 Rock” has always been more interested in skewering liberal pieties than in embracing any position earnestly: Like Liz, it prefers to have its cake and make fun of it too.

And there is something stunningly cynical — and perfectly “30 Rock”— about the possibility the show could wrap up with Liz Lemon, dedicated career gal, becoming the poster child for the woman who could not have it all. Now that would be so Liz Lemon.