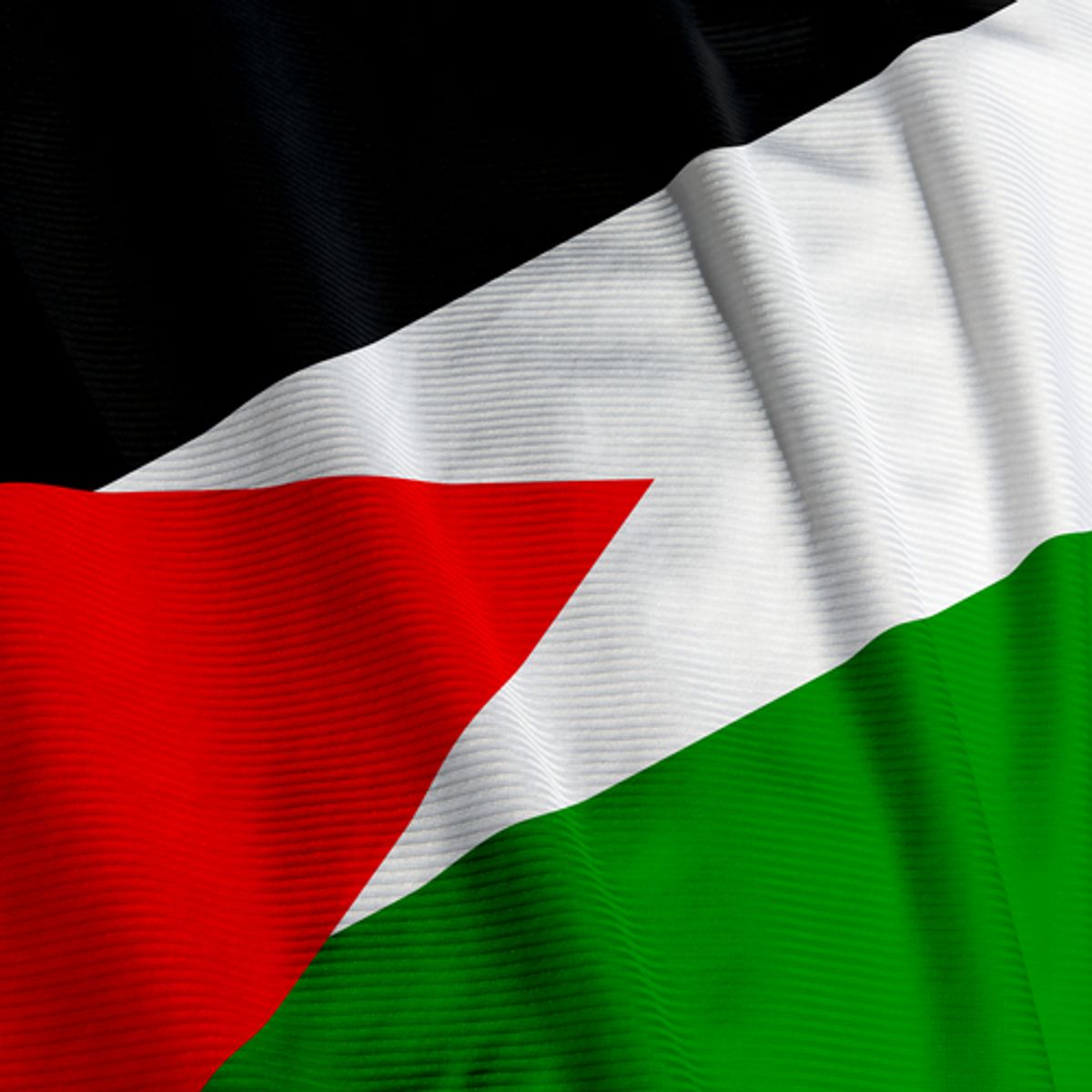 Updated 5:18 p.m. (EST): Palestine has succeeded in becoming a nonmember observer state at the U.N. The victory was a landslide with 138 "yes" votes, 41 abstentions and nine "no" votes.

Palestinian President Mahmoud Abbas received a standing ovation following his pre-vote speech, in which he asked the General Assembly to issue a "birth certificate" for Palestine.

8:00 a.m. (EST): On Thursday, Palestine is set to win U.N. recognition as a nonmember state, despite aggressive opposition from the U.S.. The result is assured with 132 of the U.N.'s 193 member states having already recognized a putative state of Palestine and pledges from nations including France and Spain to vote "yes." What the upgrade for Palestine to "nonmember" state will mean -- especially in terms of conflict resolution -- is less clear.

For many U.N. member states, the vote is a means to strengthen Palestinian Authority President Mahmoud Abbas' hand over his rival Hamas, especially following the militant group's bump in popularity following Israel's military assault on Gaza this month. Abbas has said he will use a victory in the General Assembly to return to the negotiating table with Israel and push his condition that Israel freeze the growth of settlements.

Israel has also backed off threats that it would cancel the Oslo peace accords, topple Abbas' leadership and dismantle the Palestinian Authority.  Both Israel and the U.S. have argued that the statehood bid undermines efforts toward direct negotiations between Israelis and Palestinians -- but supporters of the bid have stressed that Israel's unheeded settlement expansions have left serious negotiations at an impasse for some years.

However, with Palestinian U.N. statehood a fait accompli, Israel has walked back on harsh threats and is instead downplaying the vote's importance. "Israel says the Palestinian leadership will instead be judged on how it uses the new non-member state status at the UN, particularly over asking the international criminal court (ICC) to investigate alleged Israeli war crimes," reported the Guardian.

And indeed, the ICC, perhaps even more than the U.N., is the institution to be watching when considering the relevance of Palestinian statehood recognition. Britain is prepared to vote "yes" on Thursday, but only on the condition that Palestinians refrain from applying for membership of ICC in order to pursue Israel for war crimes. Earlier this year, the prosecutor of the ICC refused to act upon the January 2009 declaration by Palestine of "acts committed on the territory of Palestine since 1 July 2002." The prosecutor then said that he lacked authority to determine whether Palestine was a state, noting it was a matter for the General Assembly to decide.

With Palestinian statehood recognized, Abbas has stronger grounds for another ICC application. However, as Mark Leon Goldberg argued at the Daily Beast, there is a "remote possibility at best" that international war crimes charges will be brought against Israeli officials.

Although, as William A. Schabas, professor of international law at Middlesex Univeristy, noted this week, the allegations of war crimes and crimes against humanity perpetrated in Gaza in early 2009 as detailed in the Goldstone report on Gaza are "credible and serious." The Daily Beast's Goldberg points out that the ICC will almost certainly not act on them:

[P]ursuing charges against Israelis would be tantamount to political suicide for the court. It would not be unreasonable to think that several European countries would hold back their funding for the ICC, which is already cash-strapped. The U.S. is not a member, but the Obama administration has developed a productive working relationship with the ICC over the past 5 years. That would change overnight and Washington would almost certainly re-start a campaign to delegitimize the court around the world. The U.S. could even resume efforts—championed by John Bolton in the early 2000s—to condition bilateral American assistance to the recipients’ rejection of the ICC.

Finally, even if the court did decide to pursue charges, it would be unable to apprehend wanted suspects. The court has no police powers. It relies on governments to arrest and extradite the accused. Israel certainly would not turn over its own officials, and neither would Israel’s numerous allies around the world. Alleged war criminals would easily evade justice—a problem that is already undermining the credibility of the court.

The ICC is primarily a legal institution, but it is not sealed off to the dynamics of international power politics. Palestinian membership to the ICC is a feature of Palestinian statehood and some states are weaker than others. The ICC has very little to gain and everything to lose from pursuing charges against Israel.

Comments from the Palestinian observer at the U.N., Riyad Mansour, made clear that Palestinians have nonetheless not taken appeals to the ICC off the table. Via the Guardian:

"I don't believe that we are going to be rushing the second day to join everything related to the United Nations, including the ICC," [Mansour] said.

But Mansour said that if Israel continued to violate international law, in particular by continuing Jewish settlement construction in the occupied territories, then the Palestinians would have to consider "what should we do next to bring Israel into compliance?"

"We're not in the business of trying to prolong this conflict and settle scores," he said. "But we are not fools nor dummies. If they don't move in that direction ... then all of us should be considering all other possible options in order to bring them into compliance."

Whether or not Palestine pursues war crimes charges against Israel is thus likely to be a matter of international debate and strong-arming going forward. Israel's comment that it will "judge" Palestine on "how it uses" its new status was an explicit warning over pursuing the ICC.

Meanwhile, Thursday's vote is an important marker in and of itself. As the Guardian's Ian Black commented, "No one involved in the frenetic diplomacy surrounding Thursday's decision can be unaware that it was on that day in 1947 that the fledgling world body voted to partition the Holy Land into Jewish and Arab states. The timing was deliberately chosen by Mahmoud Abbas, the Palestinian president, because of that echo." As such, Palestinian recognition by the General Assembly on Nov. 29 is historically resonant. Whether it's an historic achievement depends on what happens next, which U.N. votes cannot determine.