Senate votes down indefinite detention of Americans -- or does it? 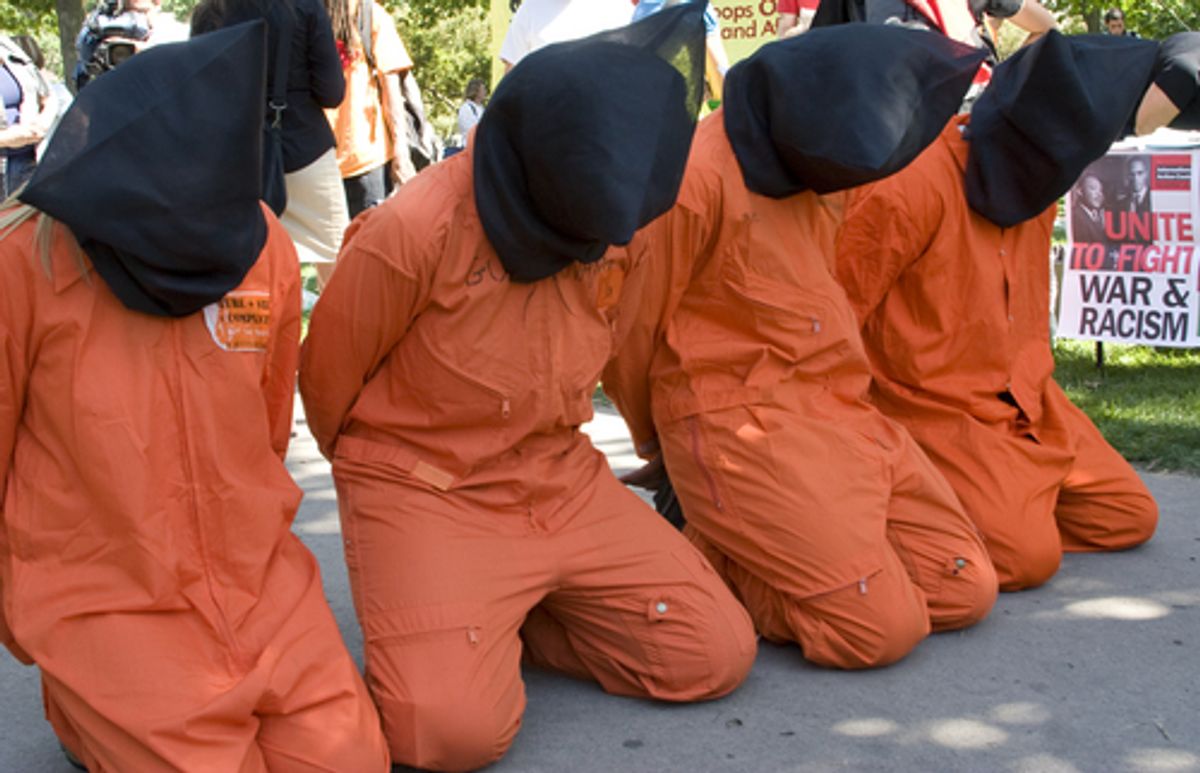 The Senate on Thursday voted in favor of a narrow amendment to the National Defense Authorization Act in the hope of ensuring an end to the indefinite detention of Americans. The newest draft of the 2013 act now includes provisions that aim to protect citizens inside the U.S. from military imprisonment, thanks to an amendment introduced by Sen. Dianne Feinstein, D-Calif.

Within hours of the amendment's approval, civil liberties advocates pointed out significant problems that remain in the NDAA, while lawyers noted that the amendment may even fail to achieve its intended purpose regarding the indefinite detention of U.S. citizens and permanent residents. Under the 2012 act, any person suspected of terrorism or substantial support for terrorism in the U.S.could be held without trial indefinitely. To ensure the writ of habeas corpus, the newest draft includes the following:

The Senate approved Feinstein's amendment 67 to 29, but it is yet to be signed into law by the president. The controversial indefinite detention provisions in previous versions of the NDAA have provoked outcry from high-profile civil liberties advocates. President Obama faces a lawsuit brought by Pulitzer Prize winner Chris Hedges, Daniel Ellsberg and six other plaintiffs including Noam Chomsky and Naomi Wolf over the provision. Despite a federal court judge granting an injunction against the controversial provision, the Obama administration’s attorneys immediately filed an appeal to stay the injunction and won. As such, the changes to the 2013 act would appear a great victory for Hedges and co. Not so fast, says their attorney.

Bruce Afran, the attorney representing Hedges and his fellow plaintiffs in the NDAA suit, told Business Insider that the newest draft of the act may in fact make it even easier to detain citizens indefinitely:

Afran explained that although the new provision gives U.S. citizens a right to go to civilian (i.e. Article III) court based on "any [applicable] constitutional rights," but since there are are no rules in place to exercise this right, detained U.S. citizens currently have no way to gain access to lawyers, family or the court itself once they are detained within the military.

... Afran noted that the newest version actually goes further than the NDAA that's now in effect.

"The new statute actually states that persons lawfully in the U.S. can be detained under the Authorization for the Use of Military Force [AUMF]. The original (the statute we are fighting in court) never went that far," Afran said. "Therefore, under the guise of supposedly adding protection to Americans, the new statute actually expands the AUMF to civilians in the U.S."

...The bottom line, according to Afran, is that the NDAA "is still unconstitutional because it allows citizens or persons in the U.S. to be held in military custody, a position that the Supreme Court has repeatedly held is unconstitutional."

Armed Services Committee Chairman Sen. Carl Levin, D-Mich., joined the chorus of civil liberties groups highlighting another problem with the new amendment --  the clause that says that no U.S. citizen or legal resident shall be indefinitely detained "unless an Act of Congress expressly authorizes such detention."

"This is a big 'unless,'" said Levin, according to HuffPo's Michael McAuliff.

Meanwhile, other NDAA opponents have been swift in pointing out that the new provisions are discriminatory. As Human Rights Watch counterterrorism counsel Andrea Prasow noted in an Op-Ed:

The amendment reinforces the false and discriminatory notion that due process protections are only afforded to some and not all persons inside the United States. Yet the Framers of the Constitution thought more broadly than that. While some provisions of the Constitution apply only to U.S. citizens, the 5th Amendment specifically provides that "No person shall be... deprived of... liberty... without due process of law," a principle upheld by the Supreme Court in 1896.

Feinstein's amendment excludes the tens of thousands of people who work in the U.S. on visas every year, such as engineers at Microsoft and Intel, the thousands of students who flock to U.S. universities, honeymooners on vacation, and yes, the millions of people who have been living in the U.S. illegally for decades, working to feed their families just like their citizen neighbors.

Feinstein herself said the new provisions were inadequate, a recognition that the fight against indefinite detention in the U.S. is far from over.