"Shahs of Sunset": The real Iranians of Los Angeles? 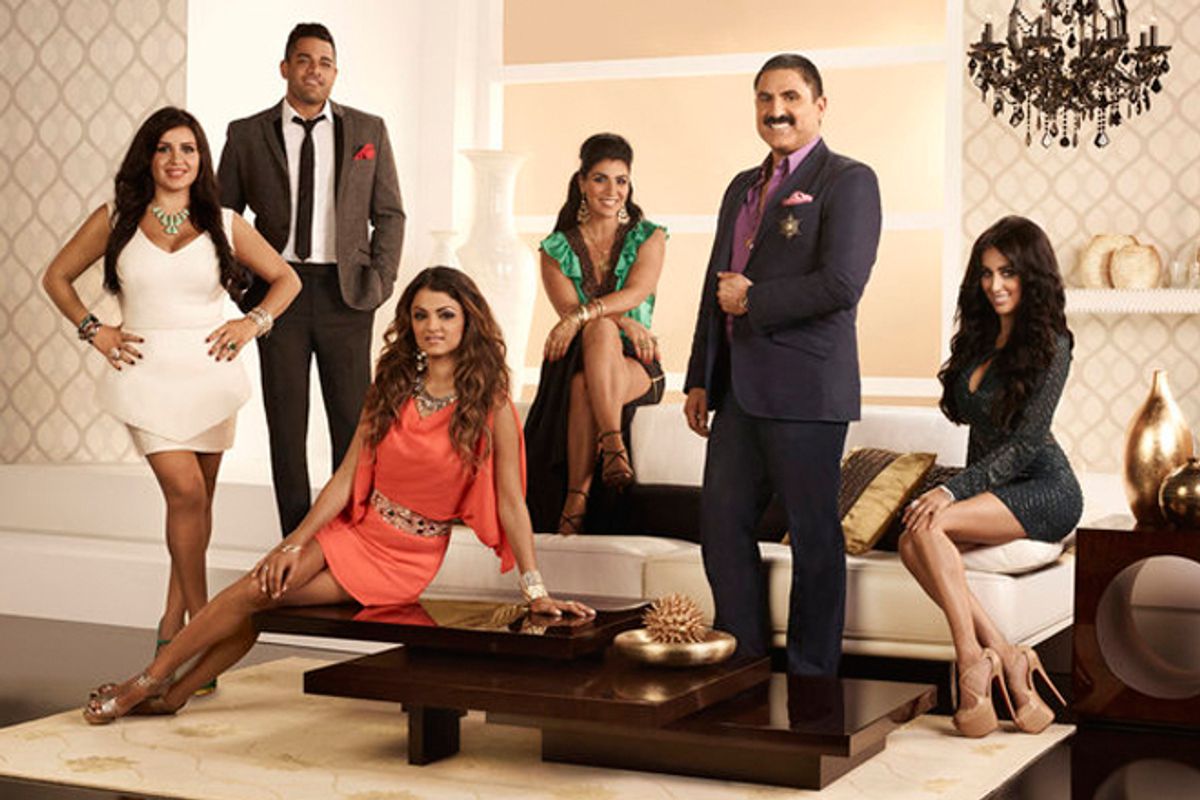 When I hit the academic job market last year, trekking across the country with my research talk and rolling suitcase, I was prepared to field questions about my scholarly qualifications, teaching experience and Ph.D. thesis on race and Iranian-American youth. I was not, however, prepared to talk about the reality TV show “Shahs of Sunset,” which returns to Bravo on Sunday for its second season.

It turns out that professors — even the ones with the authority to hire other professors — watch schlocky basic-cable programming. And from the Midwest to New England, curious members of hiring committees wanted to know: Does the show, which follows six Iranians in their 30s living in Los Angeles, accurately reveal what Iranian-Americans are really like?

As a sociologist, I’m trained to identify the conglomerate firms, consumer markets and constellation of forces that produce entertainment-driven TV. But even intentionally shallow culture yields unexpected depth from time to time.

So yalla (come along) with an Iranian-American interpreter-slash-professional-sociologist, as I take what seems to be a minority position among my colleagues and detail how “Shahs” reveals certain deeper truths about Iranians in the U.S.

Iranian-Americans talk about white people in surprising ways. Reza Farahan, the show’s gay, mustachioed breakout star, is also its racial id. Whether hollering at “yummy white hos,” asserting “a white guy [can’t] make a Persian man jealous” or assessing a rack of gingham-checked bikinis as “the white section … Persians wouldn’t be caught dead in that,” Reza says things about race no Iranian has ever said before — on TV, that is. The paradox is that Iranians and other Middle Easterners have been (often happily) categorized as “white” in the U.S. since their earliest arrival in the 19th century. Recent efforts among these groups to gain federal recognition as “Middle Eastern” are reflective of internal and external cultural shifts. For example, in my survey of 500 freshmen in my Introduction to Sociology course at the University of California, Santa Barbara, over 75 percent of the students perceived “Middle Eastern” to be its own racial category.

Iranian-American kids and parents are more tightly knit than a carpet. The ubiquitous presence of elders on “Shahs” predates the Osbourne/Kardashian formula for compulsively watchable family drama. Multiple generations of Iranians have always lived on top of one another in apartment buildings, as neighbors in small villages and within the same compounds in posh suburban areas. Here in the U.S., a 2005 study found that second-generation Iranian-Americans cite “parental love and care” as the most important “Iranian” value to pass on to their own children. This contradicts the portrayals of abusive, authoritarian Iranian parents from films like “Not Without My Daughter.” Season two of “Shahs” explores the terrain of Iranian-American filial love even further as bohemian singer Asa Soltan Rahmati struggles to pull her refugee parents out of financial hardship.

Iranian-American interfaith relationships will make you question what you think you know about the Middle East. The show’s inclusion of Jewish and Muslim Iranian Angelinos sets it apart from nearly every other depiction of Middle Eastern life on TV. In fact, religious identity is at the forefront of season one: Mike Shouhed, an Iranian Jew, dates non-Jewish women against his mother’s wishes; the whole cast engages in candid conversation about interfaith marriage; and Reza’s anguish as the child of interfaith divorce (his Iranian-Muslim mother and Iranian-Jewish father “never had a shot” due to disapproving families) is the denouement of the first season. Iranian history is similarly rich with interfaith commerce, friendship, scholarship and even marriage, despite attempts to rewrite the record. Like Reza, I know about interfaith love first-hand: My Iranian-Muslim mom and Iranian-Jewish dad remain married in the rain-soaked Tehrangeles outpost of Portland, Oregon, which makes me at least a Princess of Precipitation.

There’s much to dislike about “Shahs”: Its celebration of consumerism, the cast’s delusions of ethnic superiority and their nostalgia for a mythic “Persia” contradict truths I know as a sociologist. But admitting any degree of depth in “Shahs of Sunset” is a minority position among Iranian-Americans and apparently among academics, too. Most dismiss the show as ethnic defamation, some even signing petitions against such dangerous fiction.

I never imagined defending the “Shahs” to anyone. Yet with caveats -- and on research presentations about purportedly “more serious” matters -- that’s what I did. And despite the odds, the show and I were both renewed for another season. Yalla, indeed.

Neda Maghbouleh, a postdoctoral fellow at Muhlenberg College in Allentown, Pa., is writing a book on the everyday politics of Iranian racial classification in North America. In fall 2013, she joins the Department of Sociology at the University of Toronto-Scarborough in Canada.