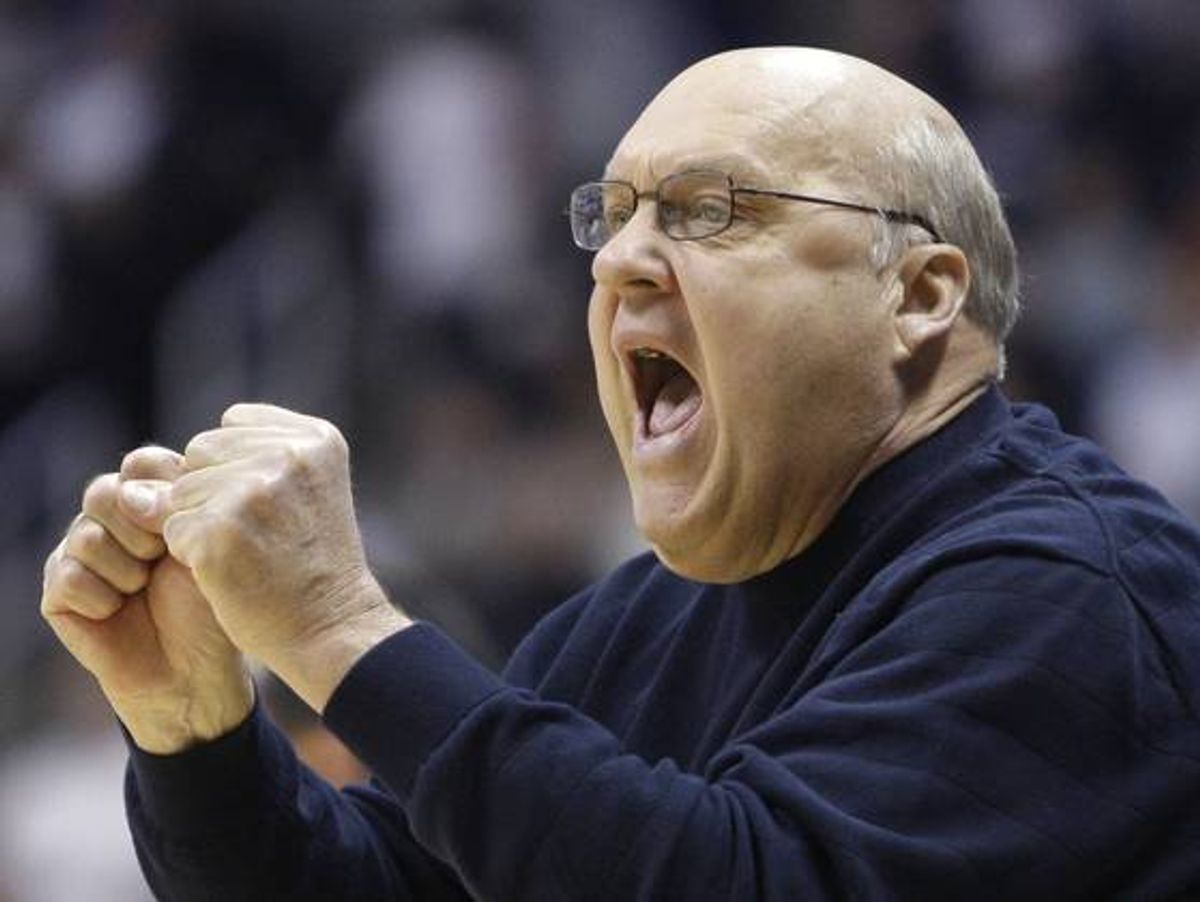 Rick Majerus, the jovial college basketball coach who led Utah to the 1998 NCAA final and had only one losing season in 25 years with four schools, died Saturday. He was 64.

Utah industrialist Jon Huntsman, the coach's longtime friend, confirmed in a statement released through The Salt Lake Tribune that Majerus died of heart failure in a Los Angeles hospital.

Majerus said Nov. 19 that he wouldn't return to Saint Louis because of the heart condition. He ended the school's 12-year NCAA tournament drought last season with a 26-win team that won its opening game and took top regional seed Michigan State to the wire. The Billikens were ranked for the first time since 1994-95.

Majerus was undergoing evaluation and treatment in California for the ongoing heart trouble and the school announced he was on leave in late August.

Majerus had a history of heart problems dating to 1989. He had a stent inserted in August 2011 in Salt Lake City and missed some games in the 2011-12 season after gashing his leg in a collision with players.

He took 12 teams to the NCAA tournament and four to the NIT, with the 1998 Utah team losing to Kentucky in the NCAA championship game.