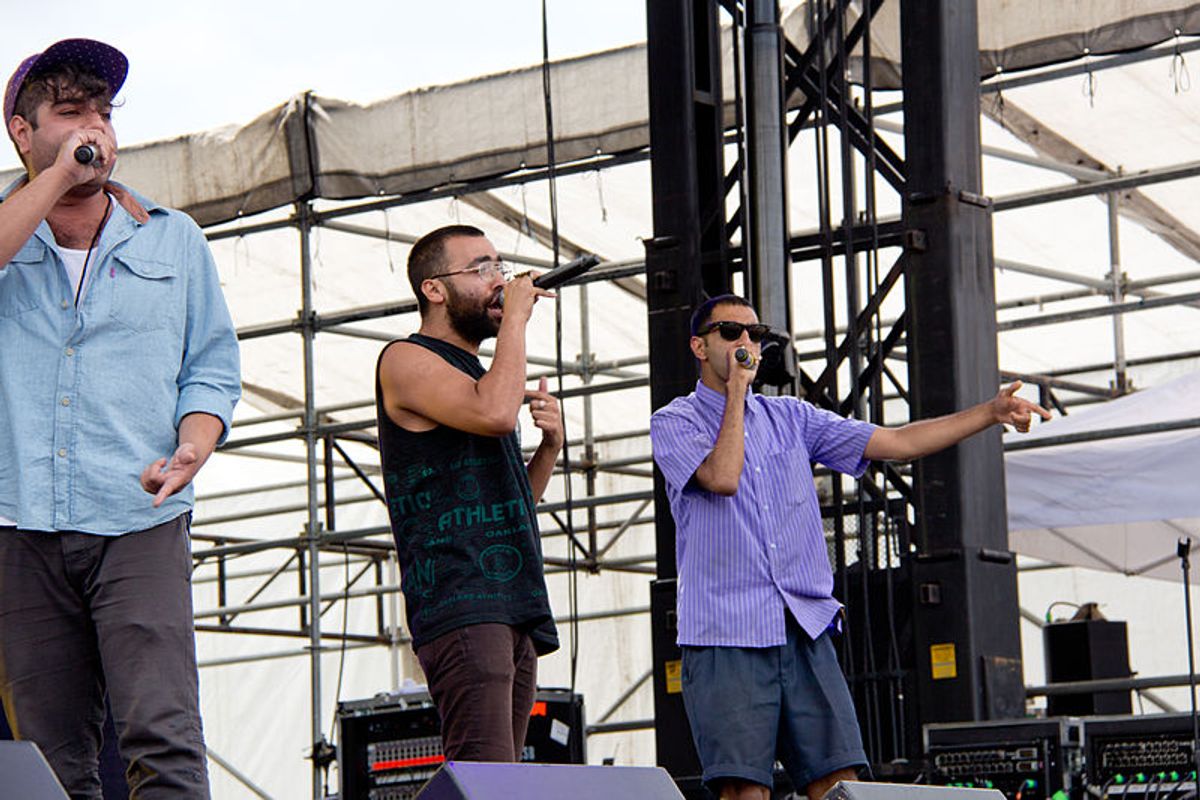 Das Racist, the alternative hip-hop trio that rose to fame through internet sensation "Combination Pizza/Hut Taco Bell" in 2008, is calling it quits. The band played  at the On3 Festival in Munich last night, but it ended up being a solo performance by Himanshu Suri a.k.a Heems, who then made the surprise announcement:  "You guys wanna know the secret? Alright, so I'm going to do some Das Racist songs, but Das Racist is breaking up and we're not a band anymore."

Though the news comes as a shock to fans, it seems that the group has been planning the separation for a while.  Heems and Victor Vazquez, a.k.a Kool A.D., have both released solo albums this year, and last night A.D. tweeted "for the record i quit das racist 2 months ago and was asked by our manager not to announce it yet. apparently @himanshu wanted to do it tho." Hypeman Ashok Kondabolu, a.k.a Dapwell, told SPIN that they had actually planned to break up "around May."

As to why the young group split, Dapwell explained that money got in the way of work: "But we kinda checked out and it was just about money, which some people can do, but apparently, we're not good at doing things we don't want to do anymore. It made everyone go crazy and get angry in such typical band fashion: guys arguing and then drinking. It's just stupid. Because in the beginning, it was just us. We'd all hang out all the time, we all lived in this apartment together. Not that we were super friends, but sort of, you know? Really, it's a huge opportunity squandered."

Although the band  has "gone to shit," as Dapwell put it, as of last month there were still talks about a Das Racist TV show and the release of several new songs the group had been working on together. So, who knows--there may be one final "really funny, maybe a weird, stupid video" from the band, yet. But fans shouldn't wait for it--as Vulture notes, the band known for its half serious, half humorous lyrics ("we're not joking / just joking / we are joking / just joking / we're not joking"), is not joking this time.