How the New York critics jump-started the Oscar race 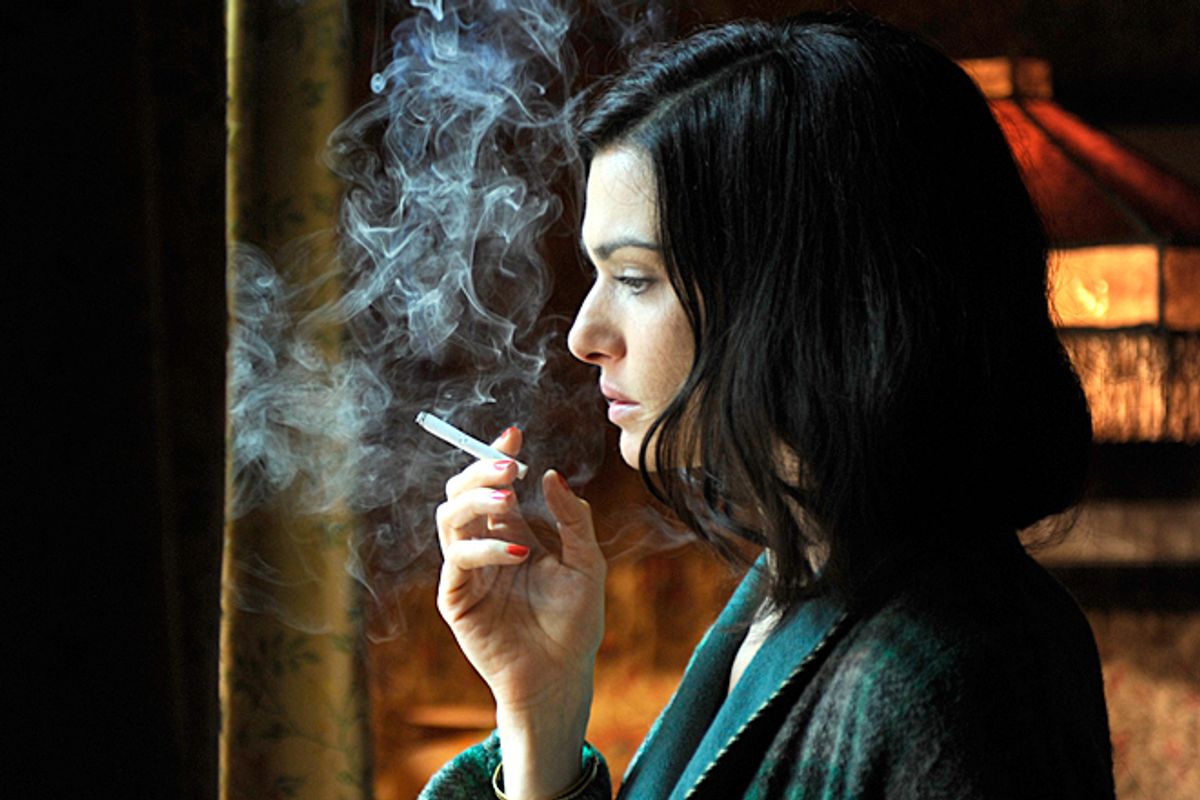 After five hours of balloting in a windowless room at Manhattan’s Lincoln Center on Monday, the New York Film Critics Circle got the movie awards season off to a dramatic start with a few big surprises and several major snubs. Without doubt the big winner was Kathryn Bigelow’s “Zero Dark Thirty,” the gripping procedural thriller about the CIA’s decade-long hunt for Osama bin Laden, which won both best picture and best director. That film doesn’t reach theaters for two more weeks, but may now be seen as taking a microscopic lead in the Oscar race over Steven Spielberg’s “Lincoln,” which also cleaned up, winning best actor for Daniel Day-Lewis in the title role, best supporting actress for Sally Field as Mary Todd Lincoln, and best screenplay for Pulitzer-winning playwright Tony Kushner.

As a member of the group, I’m not supposed to disclose the nitty-gritty details of the voting. But I can say that every category required several ballots of weighted voting to reach a winner, and most of the final results were extremely close. On at least three occasions, a person or film came within one or two votes of winning a majority on an early ballot, only to lose as opposing voters coalesced around an alternative choice. That may provide some context for the group’s most unexpected award, the selection of Rachel Weisz as best actress for her luminous turn in British director Terence Davies’ World War II adultery drama “The Deep Blue Sea.” (I saw the film but never wrote about it, concluding it was too obscure to cover for Salon. As God is my witness, I’ll never let you down again!)

I honestly believe most voting members were as surprised by Weisz’s victory as outside observers were. Jennifer Lawrence was widely seen as the favorite for her grown-up romantic-dramatic role in David O. Russell's “Silver Linings Playbook.” Given that Lawrence also established herself this year as a box-office star and teen-girl role model in “The Hunger Games,” she most likely remains the Academy Award front-runner. Another factor we faced in that room is that the biggest and/or most prestigious Hollywood movies of 2012 have been light on leading female characters. (“Argo,” “The Dark Knight Rises,” “Lincoln” and “The Master” don’t have a plausible best-actress nominee between them.) It’s not impossible that we could see multiple foreign Oscar nominees in that category; previous winner Marion Cotillard (of Jacques Audiard’s “Rust and Bone”) and 85-year-old Emmanuelle Riva (of “Amour”) both had significant support in the NYFCC voting. (Michael Haneke's wrenching geriatric love story "Amour" conquered the foreign-language category, to no one's surprise, and will probably repeat that come Oscar time.)

As for “Silver Linings Playbook,” a rom-com with dramatic heft that’s been widely viewed as a leading Oscar contender (with possible acting nods for Lawrence, Bradley Cooper and Robert De Niro), it won absolutely nothing. It was not alone: NYFCC voters can expect coal in their stockings from the filmmakers and publicists attached to “Anna Karenina,” “Argo,” “Beasts of the Southern Wild,” “The Dark Knight Rises,” “Hitchcock,” “Hyde Park on Hudson,” “Life of Pi,” “The Master,” “Les Misérables,” “Moonrise Kingdom” and “Rust and Bone,” all of which were entirely shut out. While the New York critics’ group, now in its 78th year, has a longtime reputation for crotchetiness to uphold, in a few cases those are major surprises. Ben Affleck’s much-celebrated Iran thriller “Argo” and Ang Lee’s visually glorious “Life of Pi” looked like big-time contenders a few weeks ago; Paul Thomas Anderson’s cryptic Melville-meets-L. Ron Hubbard fable “The Master” was just named by elite British movie mag Sight and Sound as the year’s best film; and Wes Anderson’s “Moonrise Kingdom” offers exactly the kind of quirky, independent vision film critics love to celebrate.

In some ways, the omission of Benh Zeitlin’s wildly eccentric “Beasts of the Southern Wild,” a wild-child fantasy set in the flood zone of southern Louisiana, is the most surprising of all. That film became the indie hit of the summer (along with “Moonrise Kingdom”), breaking through the public wall of resistance to small-scale, unclassifiable movies and landing Zeitlin and his pint-size star, 9-year-old Quvenzhané Wallis, interviews with Oprah and other daytime hosts. I suspect “Beasts” is still in line for Oscar nominations, possibly in multiple categories. But to almost everyone’s surprise, it didn’t even win the NYFCC’s best first film category, thanks to a last-minute rule change that may reflect the sober tenor of the times a little (to the extent that a group of 30-odd cranky New York film critics who have trouble agreeing what day it is can reflect anything).

Evidently the group’s award for debut films has always been given to a first dramatic feature, whether or not the director(s) has made a documentary or experimental film before. At some point that requirement was stripped from the bylaws, perhaps inadvertently, and after some spirited discussion and a close vote, we opened the category this year to feature-length films of any kind. That in turn resulted in “Beasts” losing out, by a razor-thin margin, to journalist-turned-filmmaker David France’s “How to Survive a Plague,” an urgent eyewitness chronicle of the activist struggle against AIDS (and the federal government) in 1980s New York. We also kept the documentary prize both local and journalistic, giving that one to the Ken Burns production "The Central Park Five," a riveting exposé of the wrongful convictions in the "Central Park jogger" case of 1989.

Sally Field’s performance in “Lincoln,” which seems to have as many detractors as fans (I thought it was tremendous, and voted for her all the way) also won by a whisker-thin margin over Anne Hathaway’s tear-jerking supporting turn in “Les Misérables,” and the two of them will likely fight it out again in Oscar season. Matthew McConaughey was a relatively easy consensus decision as supporting actor, and after some bickering we voted to include both his roles in “Bernie” and “Magic Mike” but exclude “Killer Joe,” where he’s arguably the leading character. (I voted to include it.) Day-Lewis’ performance as the guy on the $5 bill was also a fairly easy decision -- although even that required multiple ballots -- and by the time we got to our final category, it was obvious that “Zero Dark Thirty” would emerge as best-picture winner. (Other leading vote-getters were “The Master,” “Argo” and “Lincoln.”)

Across five hours of nothing but coffee and bagels, people can get punch-drunk: “The Hobbit” got several votes in the animated-film category (as some kind of protest? I'm not quite sure), which was ultimately captured by Tim Burton’s “Frankenweenie." I recall a couple of acting votes going to Richard Parker, the digital tiger in “Life of Pi,” and a directing vote or two for Paul W.S. Anderson, he of the “Resident Evil” films. But even though I didn’t vote for Rachel Weisz (my first choice was Michelle Williams in “Take This Waltz”) and didn’t especially love “Deep Blue Sea,” her win wasn’t a fluke. It’s exactly the kind of peculiar aesthetic curveball that groups like ours are supposed to throw, in hopes of stirring up the dreary popularity contest a little.